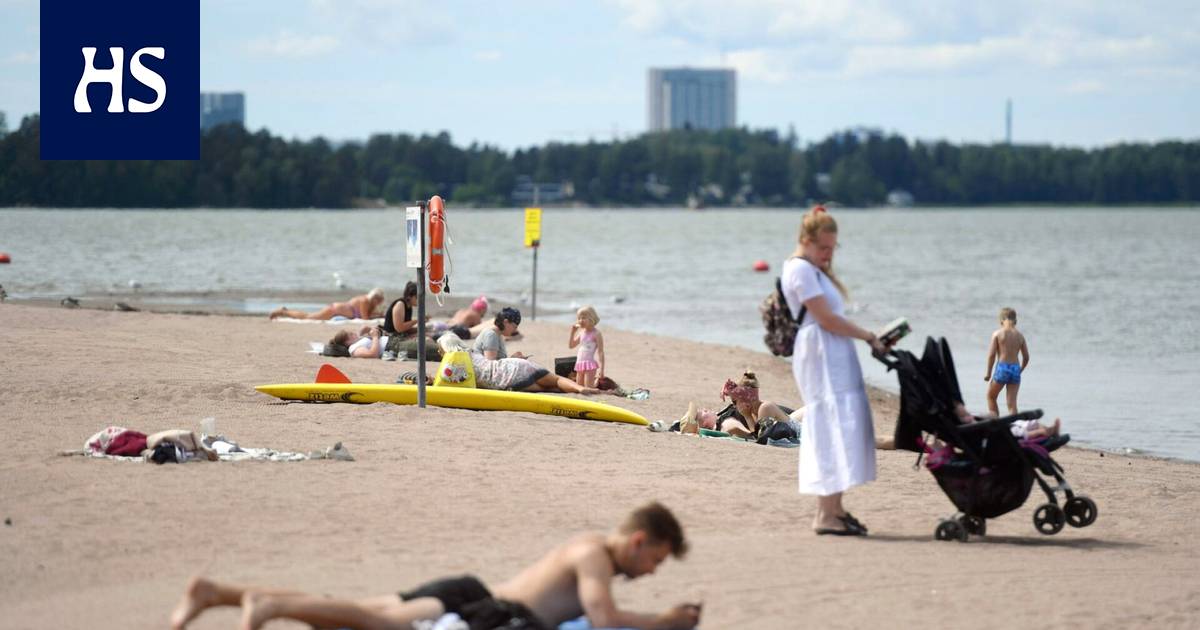 According to weather forecasts, Southern Finland will be sweating in the heat all week next. Even then, the weather is likely to continue to be warmer than normal.

Previously The weather forecasts made this week have remained unchanged, so next week in southernmost Finland, temperatures of up to 33–34 degrees can be alarmed.

Meteorologist on duty at the Finnish Meteorological Institute Jari Tuovinen looked at temperature data in Helsinki at noon on Friday and found that the heat limit was still several degrees away.

“Only 13-14 degree seawater and wind blowing from the sea will still cool the narrow coastal strip, but after the weekend the wind will ease and the temperature will rise in coastal areas as well,” he said.

In Inner Finland, for example, Salo, Lappeenranta and Nurmijärvi were close to the hell border, ie more than 25 degrees, on Friday afternoons.

According to Tuovinen, the heat will not reach the central parts of the country on Saturday, where the forecasts promise cloudy weather.

When the heat strikes south, there it also stays the longest, according to Tuovinen. Elsewhere in the country, weather conditions vary more.

According to him, it is worth preparing for heat in even 31–33 degrees in southern Finland.

“Temperatures of 25 to 30 degrees are visible as far as accurate forecasts can be made in the near future, ie until Sunday 27 June. Even then, the weekly forecasts promise five degrees warmer than normal weather, at least until the turn of June-July. ”

Those who want to escape the heat should head to Central and Northern Lapland, where the rains in the early part of the week keep the temperature at 10–15 degrees, Tuovinen says.

Heat with increasing thunderstorms are also possible. According to Tuovinen, the temperature can drop to more than 20 degrees during them.

“But not below it, because the air mass is so warm.”

UV radiation is intense during heat waves. The Finnish Meteorological Institute warns the UV index will rise to six on Friday, which means intense radiation. According to Tuovinen, the index in Finland usually never rises above seven.

“It’s good to remember that the reflective effect of water, for example, always increases radiation values.”