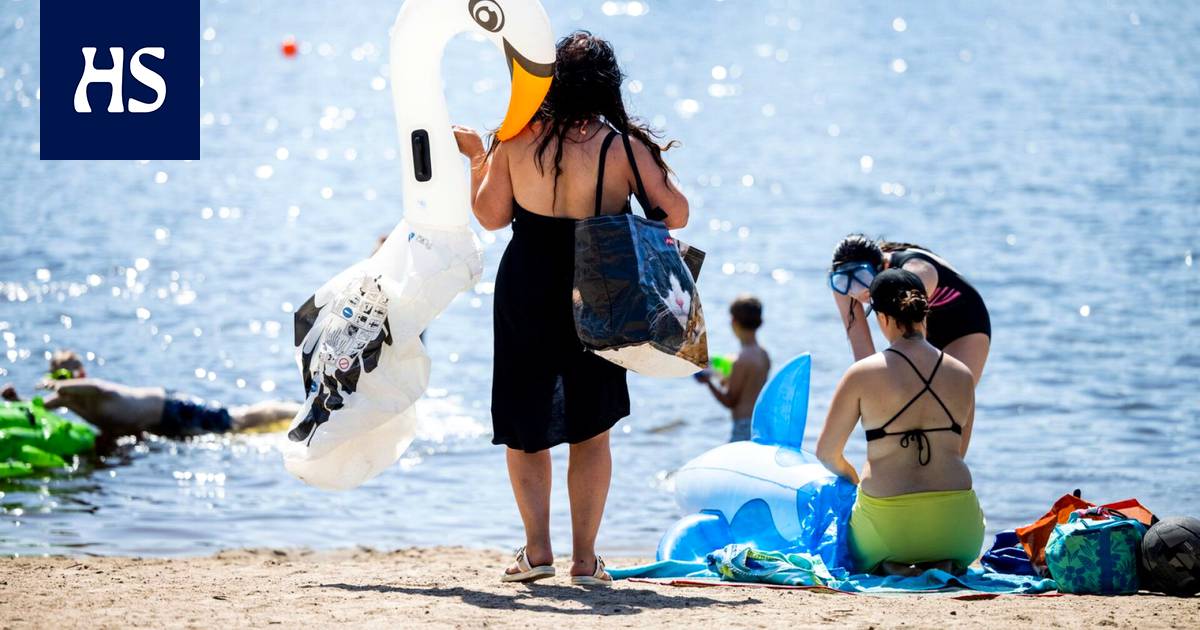 On Wednesday, several heat records were broken in Finland. The highest temperature last summer, 34 degrees, was measured in Heinola on Thursday. In Porvoo, the night temperature did not fall below 24.4 degrees.

In Finland several heat records were broken on Wednesday, and more are promised on Thursday.

A summer heat record was measured in Heinola when the meter hurt to 34 degrees, Foreca reported on Twitter.

“Yesterday was 33.9 degrees. The last time I saw high readings was in 2010. However, the heat will ease during the weekend and there may be a bigger change ahead on Monday. ”

Elapsed the second highest temperature in the summer was measured on Wednesday in Hyvinkää: 33.9 degrees. Previous summer highs have been 33.6 degrees measured in Kevo and Parikkala, Utsjoki.

An even hotter air mass is spreading to Finland from the western side of the Black Sea. During the day, heat is allowed for an even wider area: Central Ostrobothnia can also have 30 degrees.

The hottest is forecast for the southern and central parts of the country. The meter readings will rise by more than 34 degrees, says the Meteorologist on duty at the Meteorology Jani Sorsa.

“The warmest is promised around Kymenlaakso, for example in Kouvola,” he says.

On Wednesday in Kouvola the Finnish record was broken on consecutive hot days. On Thursday, this record is likely to be broken again.

The southern parts of the country are still forecast to be around 27-28 degrees from Friday to Sunday. People enjoy a beach day in Helsinki at Pikkukoski beach at the end of June. Picture: Ella Kiviniemi / HS

Also at night temperatures records were set when a minimum temperature of 24.2 degrees was measured in Porvoo Kalbådagrund on the night before Thursday. The corresponding reading was measured in Lappeenranta Hiekkapak, the Finnish Meteorological Institute said On Twitter.

The rest of the country also experienced a widespread tropical night, meaning temperatures did not fall below 20 degrees.

According to statistics starting in 1959, the highest night-time reading was 24.1 degrees measured on 31 July 2003 in Haapasaari, Kotka, says Foreca.

“Starting the night before Saturday, tropical nights are starting to be pretty unlikely.”

Relief from heat will be known soon. Temperatures will cool across the country from the night before Friday as cool air flows from the north, Sorsa says.

“In the southern parts of the country, it may still be 30 degrees on Friday, but the heat readings north of Jyväskylä may not be reached.”

At the same time, night temperatures make it easier. On the night before Friday, the heat is still forecast to be over 20 degrees in the lake areas of eastern Finland and the southern coast, but no longer at record levels.

“Starting the night before Saturday, tropical nights are starting to be pretty unlikely,” Sorsa says.

In the south, daytime temperatures are still around 27-28 degrees from Friday to Sunday. On Monday, temperatures may drop below 25 degrees and thus the long-running heat pipe will break. Next week, temperatures will return to normal, and much-needed rainfall can also be obtained.

Lake waters are still almost record-high in some places in the southern and central parts of the country. In many water bodies, the surface water temperature exceeds the so-called heller limit, ie 25 degrees.