Weather “It was shocking” – The Ahti storm that hit Oulu on Monday left extensive devastation, more thunderstorms expected on Tuesday 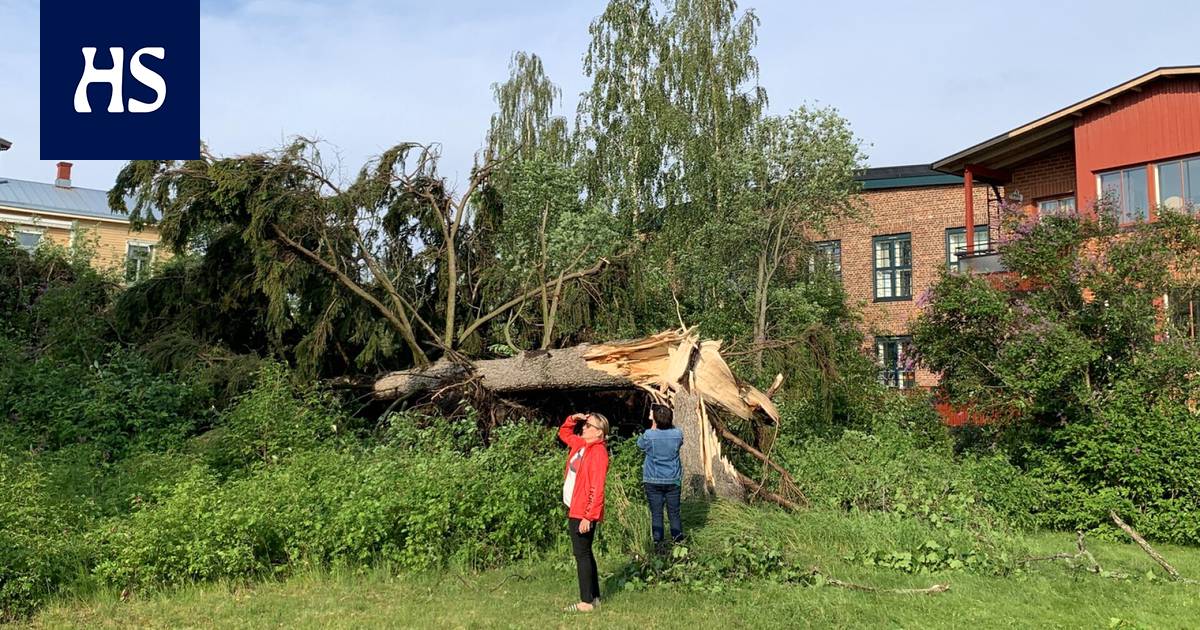 More thunderstorms are expected in Ostrobothnia and Northeast Finland on Tuesday and Wednesday.

According to the Finnish Meteorological Institute, the wind speed reached a gust of more than 30 meters per second.

Water flooded the shops. Fire chief on duty at the Oulu-Koillismaa Rescue Department Petri Hintikka reported on Monday that by about 8 pm, just over 120 damage prevention tasks had been identified in the vicinity of the city of Oulu.

Read more: A person died under a tree that fell in a storm in Oulu, the rescue service had more than a hundred tasks related to the storm

IN OULU living in the center next to Ainola park Joonas Vaarala describes the devastation of the storm as shocking.

“It had fingertip-sized granules on the ground. The trees had fallen. It was shocking how in the park my own opinions had fallen, broken in the middle. ”

The danger was in the store itself when the storm swept over. He says the streets were flooded profusely and the wind was huge.

“You had to be very careful when driving a car. There was so much water that there was no use in the windshield wiper. I haven’t seen such a strong wind in my life. ”

Danger avoided property damage. A tree had fallen on the roof of the spouse’s family cottage.

Kati Kiiskilä was at home in a remote meeting during the storm.

“It was right at the Teams meeting to show a friend a picture through the camera of what it looked like.”

According to Kiiskilä, the storm reached unexpectedly. Just a moment before, a lot of outdoor enthusiasts were seen outside.

Kiiskilä, who lives in Parkkisenkangas, Oulu, himself avoided major property damage. Nearby, however, the storm profoundly changed the landscape.

A nearby street was crossed for a couple of hours because of a fallen tree. Two trees fell on the neighbor’s fence.

“During the evening walk, it was noticed that about twenty trees had been broken.”

“It was pretty wild.”

“Yes, looking out the window, it seemed that an unusual storm was going on.”

“The wife is at home on summer vacation. I called to put the car in the shelter. ”

There was no damage to Mattila or his acquaintances.

When I left work, there were a couple of thirty fallen trees on the five-kilometer home journey.

The accident that resulted in the death of a person occurred near Mattila’s home in Hiukkavaara.

“Of course it’s a shocking thing.”

METEOROLOGY according to the department, thunderstorms occur on Tuesday in the area extending from Ostrobothnia to the Northeast.

On Wednesday, the thunderstorm-friendly area will move to the eastern part of the country and to Kainuu. Thunderstorms are accompanied by heavy gusts and heavy rain in places. Large grains can also occur.