Weather Friday is the 25th hot day in the tube in Finland, the heat continues over the weekend 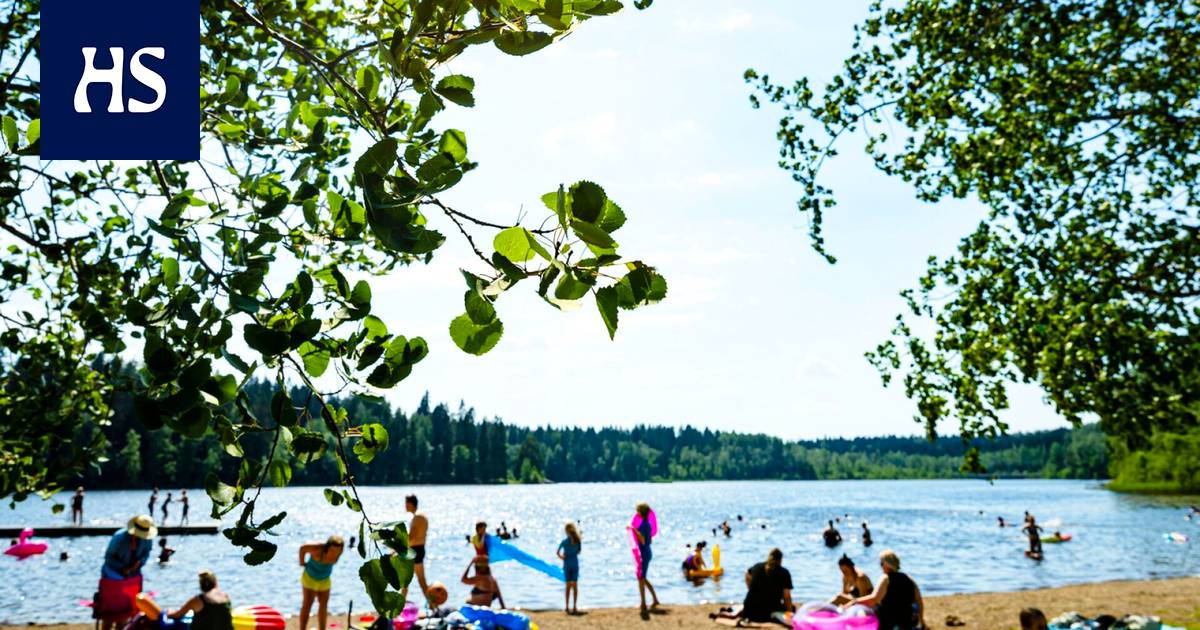 In 2014, 38 consecutive hot days were measured, so there would still be almost two weeks ahead of the record with sweaty days ahead.

Today Friday is the 25th day of the heat pipe in Finland, says Eveliina Tuovinen From the Finnish Meteorological Institute.

Thus, heat readings have been measured somewhere in Finland every day for almost a month.

In 2014, 38 consecutive hot days were measured, so there would still be almost two weeks ahead of the record with sweaty days ahead.

Weather forecast according to at least the heat pipe is not breaking yet. The heat will continue over the weekend, says the meteorologist on duty Jani Parviainen From the Finnish Meteorological Institute.

On Friday, however, heavy rains will arrive in some places from the south to western Finland, where a heavy rain warning has been issued.

“Elsewhere in the country it is quite sunny and partly sunny. In some places it can reach 30 degrees,” Parviainen says.

Showers and thunderstorms will move further north and central parts of the country on Sunday. The heavy rain warning remains, and Parviainen also warns of heavy thunderstorms in the northeast and Ostrobothnia.

In rainy areas is also cooler than the rest of Finland. Even in the West, the temperature still remains above 25 degrees, which means that the heat limit is still widely broken.

On Monday, instability will move to Lapland and bring rain and thunderstorms. The week starts in the south with rain and warmth. However, a little heat relaxes, as the temperature settles around 28 degrees.

The forest fire warning is valid throughout Finland, except for Sodankylä and Utsjoki.

“It’s dry, but the rains can bring some relief,” Parviainen says.