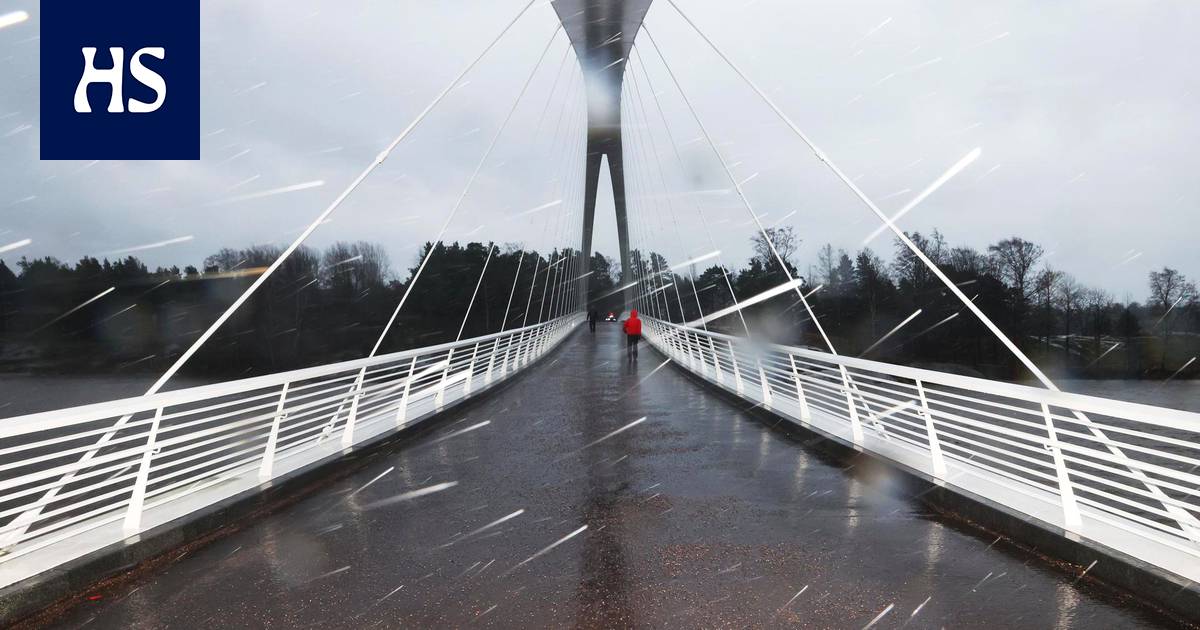 Strong winds blowing on Saturday can cause isolated damage and power outages, especially in the southern parts of the country.

Saturday stormy winds and bad driving conditions are expected at sea again, as the vast area of ​​snow and rain coming from the west travels over Finland to the east.

The rains come as snow in the central and northern part of the country. Water is expected in the west and south.

Meteorologist on duty at the Finnish Meteorological Institute Paavo Korpelan according to about 5 p.m., it rains all over the country except the eastern border. The heaviest rains fall between Vaasa and Turku, and they come mostly as water.

Strong winds partly hit the coast as well. On land, gusts blow about 15 to 20 meters per second, on the south coast even more than 20.

“The strongest wind arrives in the evening. It can cause damage in some places, but not to the extent of this previous storm, ”says Korpela.

He estimates that individual damage and short-term power outages may be promised in the southern and central parts of the country.

Rampaged on Thursday Lisa Storm tested southern Finland in particular. Storm gusts blew about 17 to 20 meters per second and in the windiest areas up to 25 meters per second. At worst, Liisa cut off the electricity from more than 75,000 households.

Saturday Rainfall weakens roads in almost the entire country, with the exception of southern Finland.

Most snow is allowed in the northern parts of North Ostrobothnia, Kainuu, North Karelia and North Savo. In these areas, snow can rain more than 10 centimeters. Snowfall will be slightly milder in Lapland, where snow is expected to be about five cents on Saturday.

Kartik Mass 2020 :: On this date, Devoutni Ekadashi, offer these things in Tulsi Puja

REPORTAGE. Covid-19: a day in a day care center in Paris, alongside the women who have been put on the streets by the health crisis