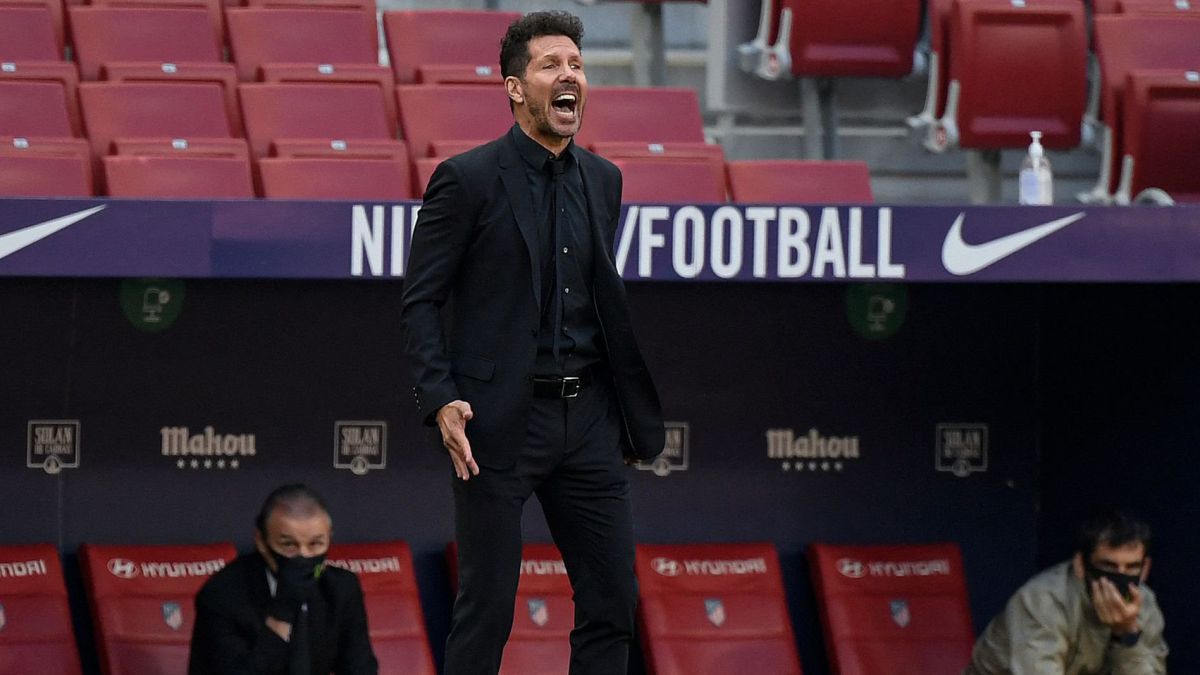 Diego Pablo Simeone spoke to the press after the 5-0 win against Eibar, a victory that returned Atlético to the path of victory after two consecutive punctures.

Are you in favor of the European Super League?

We are prepared to train the clubs. Our club will make the best decision for your future.

The team is very much alive.

It is clear that we came from a draw against Betis, where during the first half we were able to do more to win it and in the end also to bring the result, although Betis also had attacks. We are in a period of resistance and they cost us the first 20 or 25 minutes, without being able to find the place we had talked about where to do damage with Lodi and Trippier. When Herrera and Koke began to see a little better, the sides to ride where we could damage and it was a great game by Carrasco, a great game by Correa, which further validates what I think about the work, the effort, insisting and Llorente who follows growing as a footballer enormously.

Did you speak with Correa during the week?

We have been working together for many years. We understand when to talk and when to leave the footballer alone and the numbers speak for themselves in the confidence we have in him, he is the only one who has participated in all the games of the season. It always ends up generating vertigo, danger, when things go well is decisive and when it is not difficult for him to get there.

What happens to Lemar?

As for Thom, he has a contracture that we hope will go away these days. He trained very well yesterday, but at the end of the exercises another part of his body ached and the doctors had better tell him about it. Hopefully by Thursday or Sunday at the latest we will have him, because we need him.

Do you prefer to play before Real Madrid and Barcelona?

The most important thing is to be able to win. It is what gives you peace of mind for the next day. You said the Spanish championship was not at a high level; There is Madrid in the semifinals of the Champions League, Villarreal in the semifinals of the Europa League, Barcelona winning the Copa del Rey, Sevilla competing with four teams positioned to become champions and it is a very beautiful final where we want it not to be monotony and always win Real Madrid or Barcelona.

I repeat, I am a coach and I am prepared to train wherever they tell me. I have no doubt that the club will decide what is best for us.

The goals gave them strength.

Goals always generate enthusiasm, enthusiasm, energy. The second half was not the same as the first, we were much more dynamic, precise, with more movements, energy and winning always gives you strength. There are seven days left and the Huesca game becomes decisive.

Music Örinähevi may be associated with the burning of churches here, but in Taiwan it is different: The cult metal death death band roars with love and peace