We think that pain is weak. And we were wrong 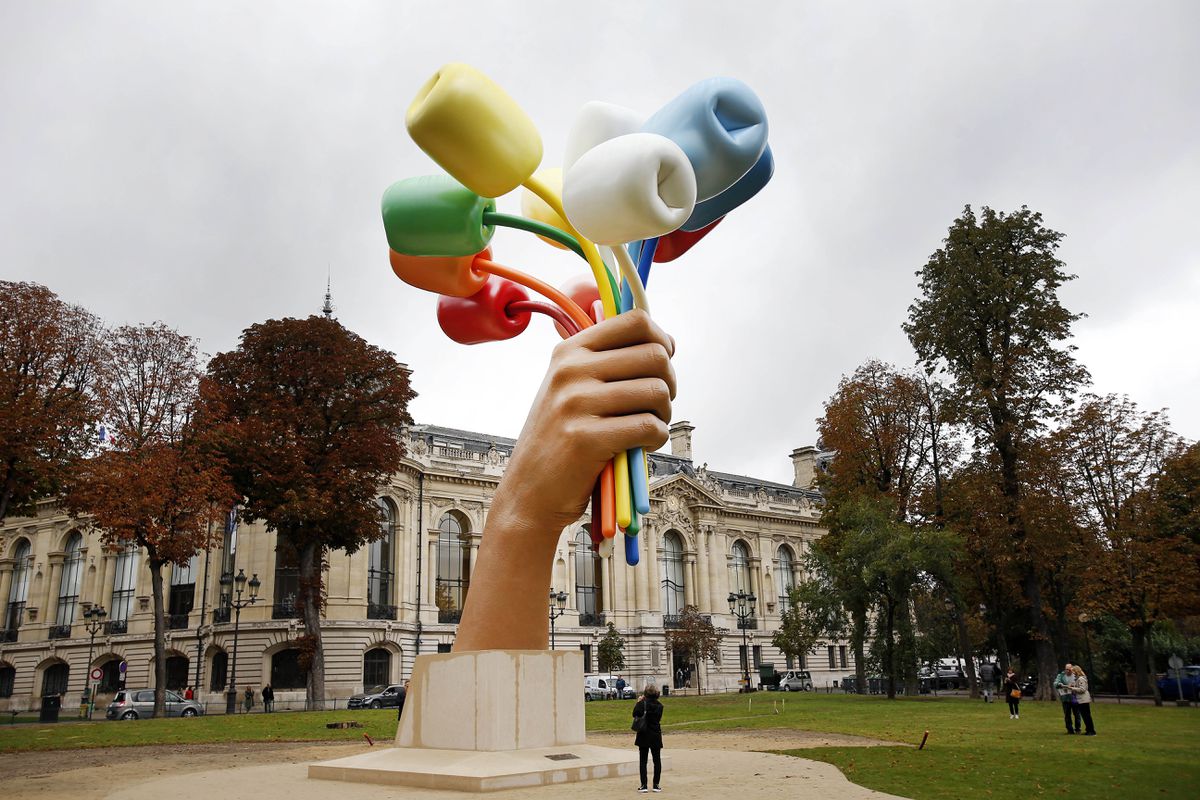 “Tell me what pain is to you and I will tell you who you are!” This phrase of Ernst Jünger can be applied to the whole of society. The relationship we have with pain reveals the type of society we live in. The pains are encrypted signals. They contain the key to understanding the respective society. That is why all social criticism has to develop its own hermeneutic of pain. The character of a code sign that pain has escapes us if we let only medicine deal with it.

Today there is a algophobia or pain phobia, a general fear of suffering. Also pain tolerance decreases rapidly. The algophobia carry a permanent anesthesia. It is about avoiding any painful state. Meanwhile also the penalties of love are suspicious. The algophobia it extends to the social sphere. There is less and less scope for conflict and controversy, which could lead to painful confrontations. The algophobia it also dominates politics. (…) Instead of arguing and struggling to come up with better arguments, one gives in to the pressure of the system. A post-democracy that is a palliative democracy. That is why Chantal Mouffe demands a “dying policy” that does not shy away from painful confrontations. The palliative policy is unable to have visions or carry out reforms deep that could be painful. He prefers to use painkillers, which have temporary effects and only cover up dysfunctions and systematic imbalances. Palliative policy does not have the courage to face pain. In this way, everything is a mere continuation of the same.

The algophobia current is based on a paradigm shift. We live in a positivity society that tries to rid itself of all forms of negativity. Pain is the negativity par excellence. Even psychology obeys this paradigm shift and goes from negative psychology as a “psychology of suffering” to a “positive psychology” that deals with well-being, happiness and optimism. Negative thoughts must be avoided and promptly replaced with positive ideas. Positive psychology even subjects pain to a logic of performance. The neoliberal ideology of resilience takes traumatic experiences as catalysts to increase performance. There is even talk of “post-traumatic growth”. Resilience training as an exercise of psychological strength has the function of converting man into a subject capable of performance, insensitive to pain as far as possible and continuously happy.

The mission of positive psychology to provide happiness is inextricably linked to the promise of a permanent oasis of well-being that can be created with medication. The opioid crisis in the United States is paradigmatic in character. The material greed of the pharmaceutical industry is not the only cause of this crisis, which is rather due to a fateful assumption about human existence. Only an ideology of permanent well-being can lead to drugs that were originally used in palliative medicine to be administered on a large scale also in healthy people. It is not by chance that, decades ago, the algologist American pain expert David B. Morris comments: “Today’s Americans are probably part of the first generation on Earth to view pain-free existence as a kind of constitutional right. The pain is a scandal ”.

The palliative society coincides with the performance society. Pain is interpreted as symptom of weakness. It is something that must be hidden or eliminated by optimizing it. It is incompatible with performance. The passivity of suffering it has no place in the active society dominated by capabilities. Today pain is deprived of all possibility of expression. Is condemned to mute. Palliative society does not allow pain to be given life or expressed linguistically, turning it into a passion.

The palliative society is also a “like” society. He is the victim of a delusion of complacency. Everything is smoothed and polished until it feels nice. The like is the sign and also the present pain reliever. Master not only social media, but all areas of culture. Nothing should hurt. Not only art, but life itself must be able to upload to Instagram, that is, it must be free of edges, conflicts and contradictions that could be painful. We forget that the pain purifies, which operates a catharsis. The culture of complacency lacks the possibility of catharsis, and this is how one suffocates between slags of positivity that accumulate under the surface of the culture of complacency.

A comment on modern and contemporary art auctions says:

“Whether it be Monet or Koons, the popular Naked lying by Modigliani, Picasso’s female figures or Rothko’s sublime chromatic fields, or even hyper-restored Leonardo pseudotrophs belonging to the highest price category: apparently all works have to be attributable at first glance to an artist ( masculine) and be pleasing to the point of banality. At least one artist is also slowly approaching that circle: Louise Bourgeois broke a new record with a gigantic sculpture. Thirty-two million for Spider, a work of the nineties. But even the giant spiders are, more than threatening, tremendously decorative ”. [M. Woeller, en Welt, en mayo de 2019]

In Ai Weiwei’s work even morality is packaged in such a way as to encourage the like. Morale and complacency come together in a successful symbiosis. Dissidence degrades to design. Jeff Koons, on the other hand, enacts an amoral and manifestly decorative art of “I like it.” Before his art, the only coherent reaction, as he himself emphasizes, is to exclaim “Wow!”.

Today art is forced into the corset of “I like it.” This anesthesia of art does not respect even the ancient masters. They are even combined with fashionable design:

“Accompanying the exhibition of selected portraits was a video that showed how well the colors of contemporary designer clothing can combine with historical paintings by Lucas Cranach the Elder or Peter Paul Rubens, for example. And of course the indication that historical portraits are a preliminary version of current selfies was not lacking ”. [A. Mania, en Süddeutsche Zeitung, en febrero 2020]

The culture of complacency has a wide variety of causes. In the first place, it is explained by the commercialization and commodification of culture. Cultural products are increasingly subject to consumer pressure. They have to take a form that makes them consumable, that is, enjoyable. This conversion of culture into economy is accompanied by the conversion of economy into culture. A cultural surplus value is added to consumer goods. They promise cultural and aesthetic experiences, so that design becomes more important than use value. The sphere of consumption invades the cultural sphere. Consumer goods are presented as works of art. In this way the spheres of art and consumption are mixed, which means that art uses the aesthetics of consumption for its part. It becomes nice. The conversion of culture into economy and the conversion of economy into culture are mutually reinforcing. The separation between culture and commerce, between art and consumption, between art and propaganda is erased. Even the artists themselves are forced to register as trademarks. They adjust to the market and become complacent to be agreeable.

Byung-chul han (Seoul, 1959), philosopher and essayist, teaches at the Berlin University of the Arts. This excerpt is a preview of ‘The Palliative Society’ (Herder publishing house). It is published on April 20.

At the “Ashuluk” training ground, the crews of the “Pantsir-S” air defense missile defense system hit targets from the march