‘We need hawks, pigeons, sparrows and even chickens’, and 10 other phrases by Mauricio Macri at the presentation of his book 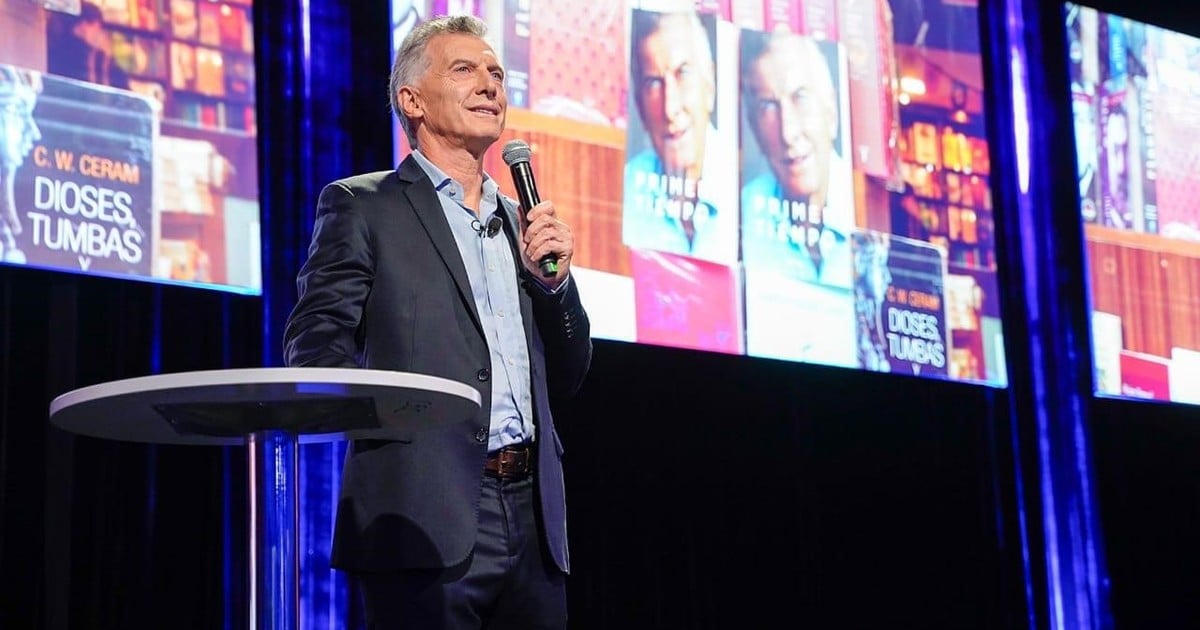 Former President Mauricio Macri presented his book on Thursday First time with criticism of Kirchnerism, a call for the unity of “Together for Change” and special guests such as Mario Vargas Llosa; Fernando Savater and Juan José Campanella.

References from the opposition alliance participated in the presentation ceremony, which took place in Recoleta, such as the head of the Buenos Aires government, Horacio Rodríguez Larreta; former Peronist senator Miguel Pichetto and former Chief of Cabinet of the Cambiemos administration, Marcos Peña, as well as Senator Martín Lousteau and former Security Minister Patricia Bullrich, among others.

For the radicalism, meanwhile, the party president, Alfredo Cornejo, and the head of the interblock of deputies of Together for Change, Mario Negri, attended.

“First time” reflects my soccer essence. But clearly, what marks is that there is a second stage of change, of transformation. That started and will continue. #First time

These were the main phrases:

1- “Kirchnerism is a final expression of populism in Argentina. Populism generates the destruction of the value of the word. They build their own truth and populism grows as resignation advances. “

2- “We need hawks, pigeons, sparrows and even chickens, we need everything, because This new Kirchnerist cycle has returned with more determination to alter the rules of the game. “

3- “I hope that this book ends the first half, of reflection and search. And that we understand that the second half has already begun; in 2021 the straight line of rebuilding us Argentines began.”

“Kirchnerism is a final expression of populism in Argentina. I regret not having found the way to avoid this setback, but I am convinced that we will overcome it in 2023 and Argentina will enter a path of rational and responsible growth. “

4- “When the politically correct is done they screw people.”

5- “We never go after a judge or someone who thinks differently“.

Mauricio Macri, during the presentation of the book.

7- “Entrepreneurs lost their self-esteem and they don’t feel capable of competing. “

8- “With that foreign policy of our government, surely we would have as many vaccines against the coronavirus as Chile or more“.

9- “Define ourselves as gradualists It was an elegant way of disguising the enormous political weakness that we had; a minority government in both houses for 4 years. “

10- “The unions, the good guys …, the most paradoxical thing that all of them -especially from the private sector- understand the global problem; the issue is the decision of return privileges they have accumulated for decades“.