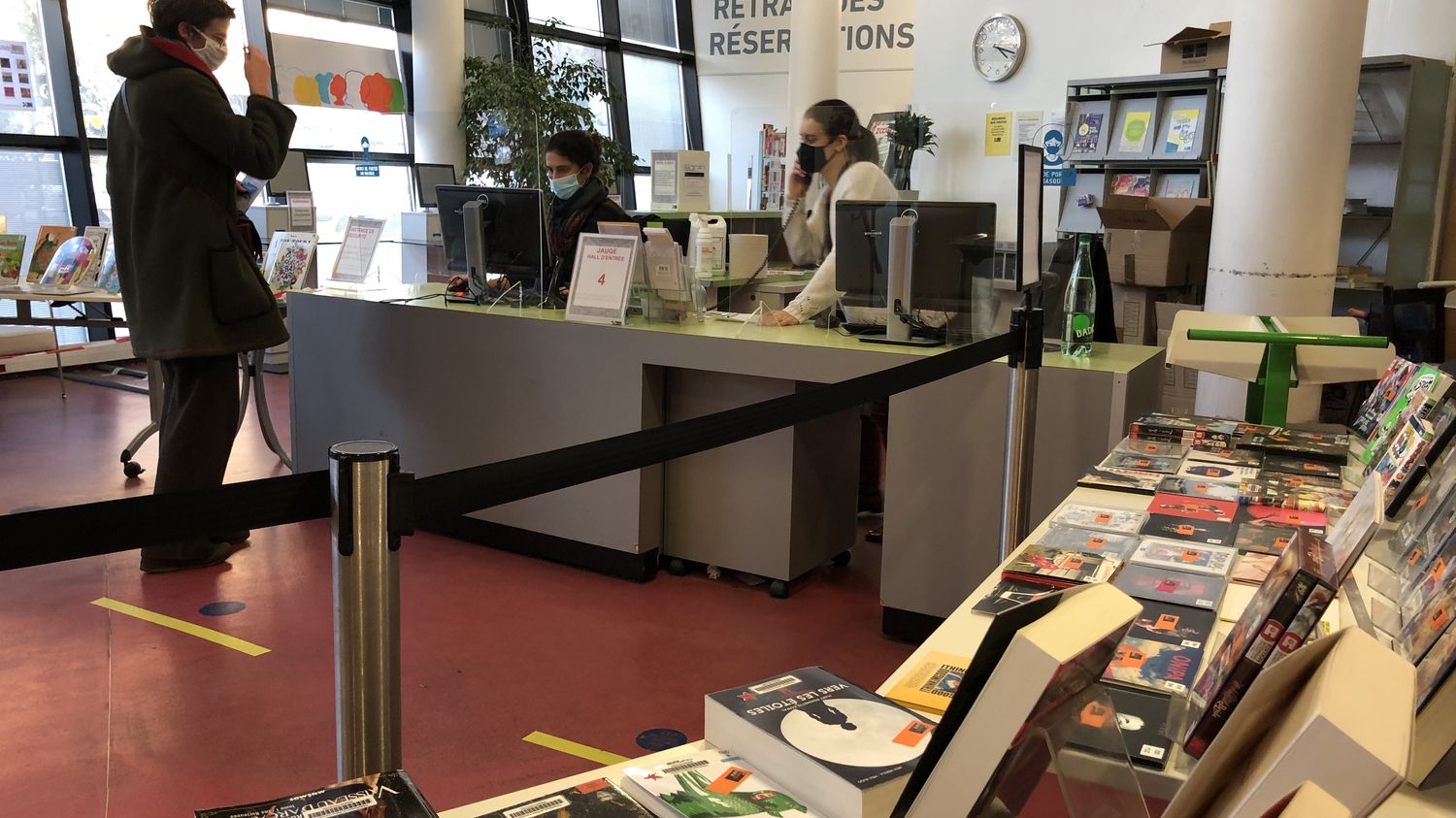 It is a metallic noise that we hear dozens of times an hour at the moment at the Persépolis media library in Saint-Ouen (Seine-Saint-Denis), that of the deposit box valve. Christian comes to deposit a CD: “I’m in my Miles Davis period. It’s cool!” Unlike the first confinement, media libraries and libraries are authorized to partially reopen with a “click and collect” system.

Reservations for CDs, DVDs, books are made online and can be collected in the hotel lobby. This is the main link with the culture that Christian has: “I go to media libraries because hey, I can’t afford to buy CDs. When I buy CDs, I think carefully about the question. You can’t afford to try something new and then crash. “

For Rosa, it is a practical solution. She comes to pick up her order in a white coat because she works in the pharmacy next door: “I had nothing more to read, so I’m very happy to come here, she explains.In fact, I saw someone who works at the media library, who came to get his medicine and who told me that it was open and that I could come and borrow books. “

I need to read a bit to get away from it all, especially now.

“We realize every day the usefulness of this service”, testifies Armelle, in charge of preparing reservations. More than 4,500 in all over the first two weeks of this confinement. “For them, it’s vital. We have the impression of saving people from despair. For some, it had been during the first confinement. And to be able to bring them culture in these sad times, it’s Christmas before its time “, welcomes Armelle.

The director of the media library, Olivier Ploux, also welcomes the maintenance of this cultural and social link: “A number of cultural services have closed and there we have a small gateway to a form of entertainment. It’s this link with culture but also a link in terms of socialization. We go out to see the world.”

We leave home with a reason that is not purely food.

But the total reopening of the Saint-Ouen media library is still eagerly awaited, because it is not only a place of borrowing, explains Marion Giuliani, who takes care of several establishments in Seine-Saint-Denis. “We have users who come every day only to have access to the internet and to be helped in one way or another, to update themselves on Pôle Emploi. Everything that is digital mediation. It is a more vital link. and that clearly, during the take-out, we cannot offer our services. ”

So, while waiting for the next announcements, the media library is preparing for several sanitary protocol scenarios, including the one implemented during the first deconfinement, with a limit gauge of attendance on the shelves. Since this summer, a quarantine of three days has already been imposed on all documents returned after borrowing.