“We are totally convinced that we are going to achieve salvation” 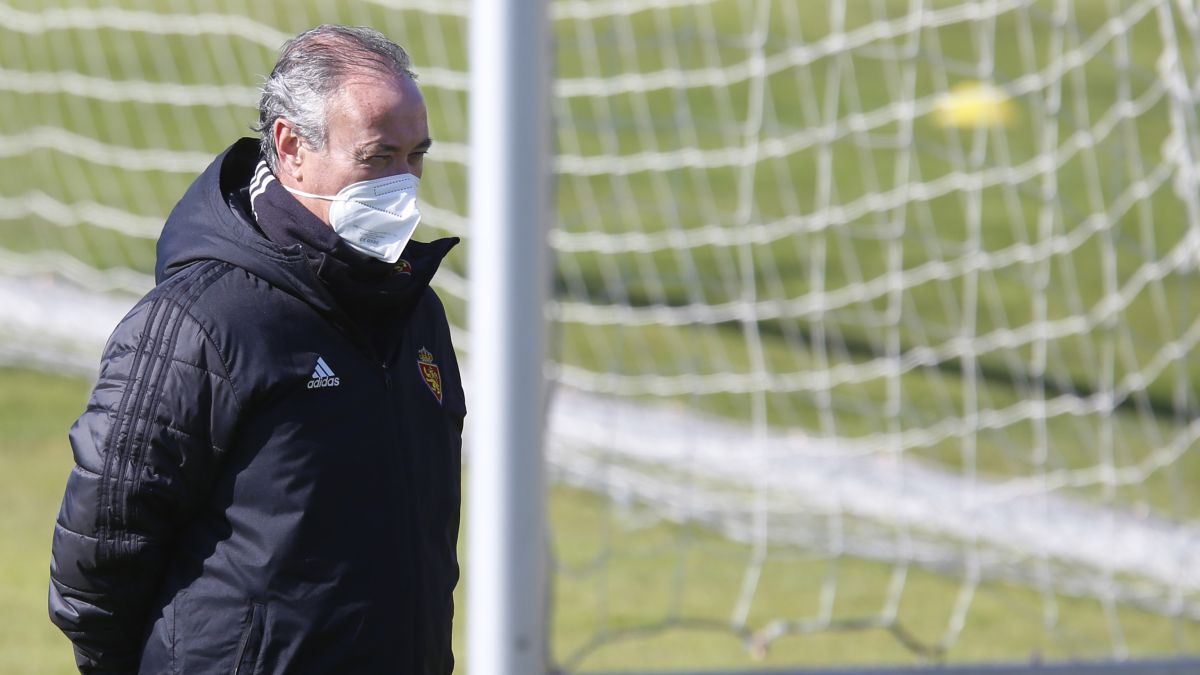 Juan Ignacio Martínez assures that he is convinced that his team will achieve permanence because they compete in every game and that the only possible account is to add the three points against Mirandés on Monday: “We must be Real Zaragoza at its best.” The coach also underlines the importance of minimizing individual errors and that Vallecas does not happen again because “the season is at a crucial moment.”

—How was the week after the painful defeat against Rayo Vallecano?

—From Friday to Monday, it becomes long and without the three points of Vallecas, which we had there grazing, but we can no longer do more accounts of the milkmaid. It was an adversity that through many analyzes we are going to try not to happen again because the season is at a crucial moment. I remain with the self-criticism of the players. We are all aware of what we are at stake.

—Much of the stay is going through La Romareda. Is it added pressure?

—The numbers at La Romareda are being very good, but we cannot trust everything to the home games and we have to add away as well. Right now we must put all the energy into the meeting on Monday and we will also know how all the results have turned out. La Romareda even empties it vibrates and the player who has been here the longest notices it and transmits it and those of us who have not been so long try through our messages that the rival feels that La Romareda is a complicated field.

– What importance do you give to this party in the spirit after the hard blow suffered in Vallecas?

—I give importance to him because of the mood and the situation that we are in the classification. We are in great need of points and we say it week after week. It is true that you come from that adversity and the way it occurs, that you return to play at home, which is the last game of the day … There are many circumstances, but all these are complements and we must be focused on Mirandés, always from the utmost respect, but being a Real Zaragoza at its best.

—No, but it is also true that in the end you have to score many victories. It is not worth thinking about the triumph of next week or the next, but rather of the victory of the next game, which is the one that will give you a plus in all aspects, although it is inevitable to think that of the thirteen days that remain we have to add many triumphs to maintain the category.

“Do you think it will be necessary to reach fifty points?”

—There are 39 points left at stake and if in our case you have only taken thirty so far, it is not necessary to reach up to fifty, but in Second everyone tends to score many points in the last days, so the accounts must be to add the three points against Mirandés and so on.

“In there, do you think salvation is going to be achieved?”

—Not that we think about it, we are totally convinced. The team is competing. It is true that many times we lose points due to an accident or mistake that is not normal in professional football and they happen. I talk about the last days above all, but the team transmits feelings and that is how I show it to the group. In this self-criticism that we do not only see the negative part, but also the positive to reinforce ourselves.

How can a coach correct all those individual mistakes?

—It’s not about the coach anymore, but about the player himself. What we should try is to minimize these errors or imbalances in the most natural way possible, which is through performance. We must try to make the best decisions and avoid those mistakes near our area because if you make them far from your goal, we have enough coverage to solve them, but when they are so close they penalize us with a goal against and that is what that has happened to us lately.

—Francho and Sanabria are available again. What options do they have to start playing?

“There will be no revolutions.” We lose Francés by penalty and we have alternatives from other teammates. You also have to greatly value the performance of those who are playing lately. What I am convinced of is that the performance of the eleven who play is going to be very good.

– Are there options for a Zaragoza to be seen again with three midfielders?

—They are alternatives that the return of Francho and Sanabria gives us because they are more specific players than other teammates. We also have the option of putting that double forward. All those variants that the team gives me I have thought very well and I have to clear my doubts this weekend to get to Monday with very clear ideas.

– Are you worried about not being able to count on your usual center-back partner due to the loss of Francés?

—We cannot ignore that Francés was in a very good moment, but Peybernes came in the winter market as an important reinforcement and gave a degree of competitiveness to the group, increasing the performance of his teammates both in matches and in training sessions. He is an experienced player, both in France and in Spain, I trust him and on Monday I expect his best version, how could it be otherwise. I am convinced that both he and Jair are going to have a good game, like the whole team.

“What Mirandés are you waiting for?”

—José Alberto is doing a good job and it is an offensive team that constantly watches the rival goal and that plays very well in combination, with young players. With the utmost respect for Mirandés, what worries me is the performance of our team, which is what has to give us the three points.

Hotels setting aside rooms for tourists who are not cohabitants

“Judo” arrives in Kyrgyzstan to participate in “Asian”

Bafici: ‘Pinpin’, an intimate odyssey through the Once neighborhood