(We are committed, oh homeland … drugs are a scourge) The slogan of celebrating the International Day for Drug Control in the country 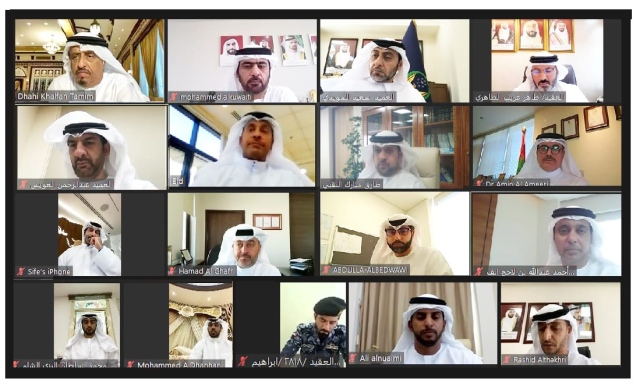 The State-wide Narcotics Control Board adopted (Committed to O Homeland … Drugs is a Scourge) as a slogan to celebrate the International Day for Drug Control in the country for the year 2021.

The President of the State-wide Anti-Narcotics Council, Lieutenant General Dhahi Khalfan Tamim, Deputy Chief of Police and Public Security in Dubai, chaired the fourth meeting of the Council for the year 2021, in the presence of the Director General of Federal Narcotics Control, Vice Chairman of the Council Brigadier Saeed Abdullah Al-Suwaidi, which was held yesterday by remote communication technology, In the presence of the heads of the Supreme National Committees emanating from the Council, and a number of officials, senior officers and directors of drug control in the country.

The Council reviewed new trends in trafficking and drug promotion crimes, and new methods of smuggling trade, promotion and drug abuse, and reviewed the results of plans to confront them and enhance them with more cooperation and coordination.

Then the Director General of the National Rehabilitation Center, Chairman of the Supreme National Committee for Treatment and Rehabilitation and Social Inclusion, Dr. Hamad Al-Ghafri, reviewed the committee’s strategic plan, goals and initiatives.

It also reviewed the system of investigation and monitoring of drug abuse trends and appropriate solutions.

The council agreed to form a supreme national committee concerned with social integration, as it has a major role in limiting relapse or recurrence after treatment.

The Council discussed proposals to celebrate the International Day for Drug Control, which is held on June 26 of each year, and the President of the Council called for highlighting the efforts of the state in combating drugs on this day, and invited the strategic partners of the Narcotics Control Board to celebrate this day in line with the established health restrictions and procedures. And the phrase (committed, oh homeland … drugs is a scourge) was adopted as a slogan to celebrate the International Day against Drugs in the country for the year 2021.