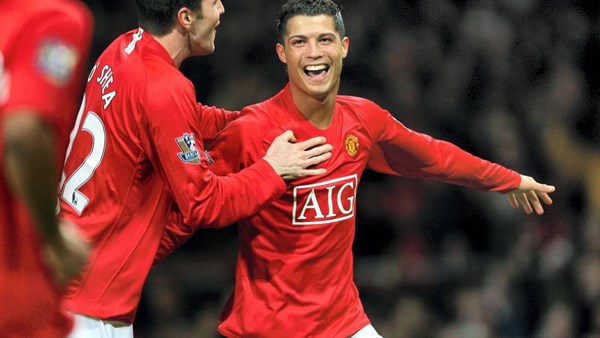 Amr Obaid (Cairo)
International football fans, especially English fans, including Manchester United fans, are awaiting the moment of the legendary Portuguese Cristiano Ronaldo’s participation in the “Devils” shirt early next week, and after a wonderful performance by the “Don” with his two international goals against the Irish team, to reach his 111th goal. Ronaldo participates against Newcastle United, to bring back very special historical memories.
As usual, the “strange numbers” associated with the world of football, the “Madeira missile” scored the 11th international goal after the 100, one week before his return to the “Premier League”, which is expected to open already on September 11 against the “Magpies” in the stronghold of “Devils” at the stadium. The famous historical Old Trafford, but the association of “Number 11” with Ronaldo will not stop at this point, as he is the hero of the novel “11/11” that has brought him together with the Newcastle team since the past decade!
During his first period with United, the Don played 11 matches against the Magpies, including 10 in the English Premier League and one match in the Federation Cup. Surprisingly, Ronaldo participated in scoring and making 11 goals also during those confrontations, in a paradox. A strange number, as he scored the net against the North English team 6 times, in addition to contributing to 5 other goals.

It is worth noting that Cristiano never knew defeat against Newcastle, after achieving 10 victories to one draw, and the 2007-2008 season holds a special memory for the legendary star, after he participated in two big wins over the “Magpies” in the league, in which “United” scored 11 goals as well. Back and forth, against one goal for Newcastle, and the first match on January 12, 2008 saw the first “hat-trick” in Ronaldo’s career ever.
Ronaldo’s “triple” contributed to United’s victory with “half a dozen” goals that day, and returned him to the top of the “Premier League”, after his direct rival at the time, Arsenal, was equalized, when he knew the way to compete with adults at the top of the league, and the “Don” opened the goals of the match. Through a direct free kick, by specialization, before scoring with his right hand again from a wonderful penetration into the penalty area, then using his left foot to sign the “first historic hat-trick”, after a brilliant dribbling of the “Magpies” defense, and it was not surprising that “United” ended that. Champions League and Champions League season, thanks to his top scorer at the time, Ronaldo, who won the “Golden Boot” in England as well as in the Champions League.

Emotional Britney Spears in court: ‘It was a lie I’m okay, I’m depressed’