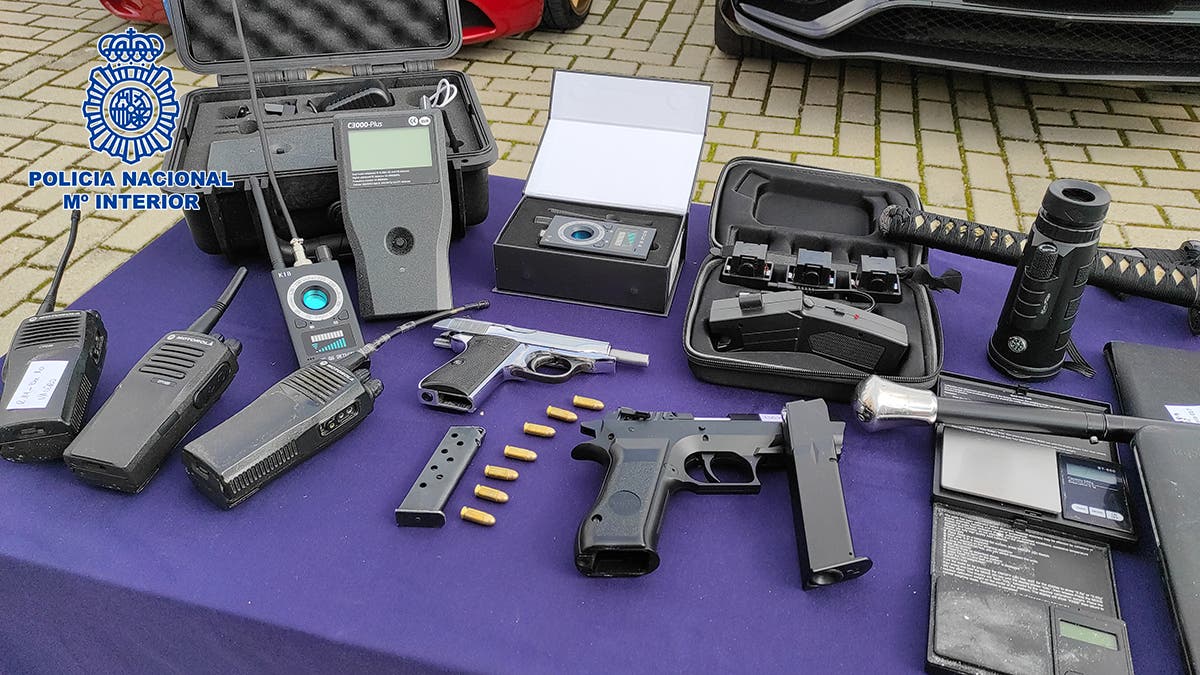 Police in Spain seized almost three-quarters of a million euros in cash, a red Ferrari and an arsenal of weapons including automatic weapons and a Japanese Samuri sword along with 600kg of cocaine in a series of raids in the capital.

Described by investigators as “extremely violent” the National Police dismantled one of the largest drugs gangs in Madrid and arrested 12 people.

The gang used a “drugs lawyer” to carry out legal duties for the organization including money laundering, police said in a statement.

Gang members lived in luxury properties in upmarket districts of Madrid and yet had no sign of legal employment.

Police said they used code names to refer to other members of the gang and locations where the cocaine was stashed.

“According to the investigators, it was the largest cocaine distribution organization in the Spanish capital,” said the statement released on Sunday about the operation which was jointly carried out by Colombian police.

A video filmed during one of the raids showed officers removing a bag full of cash from a hidden compartment in the ceiling of an apartment.

Film Academy announced the list of nominees for the "Oscar" -2021

Ezequiel Luna: “To win a derby was to score six points”