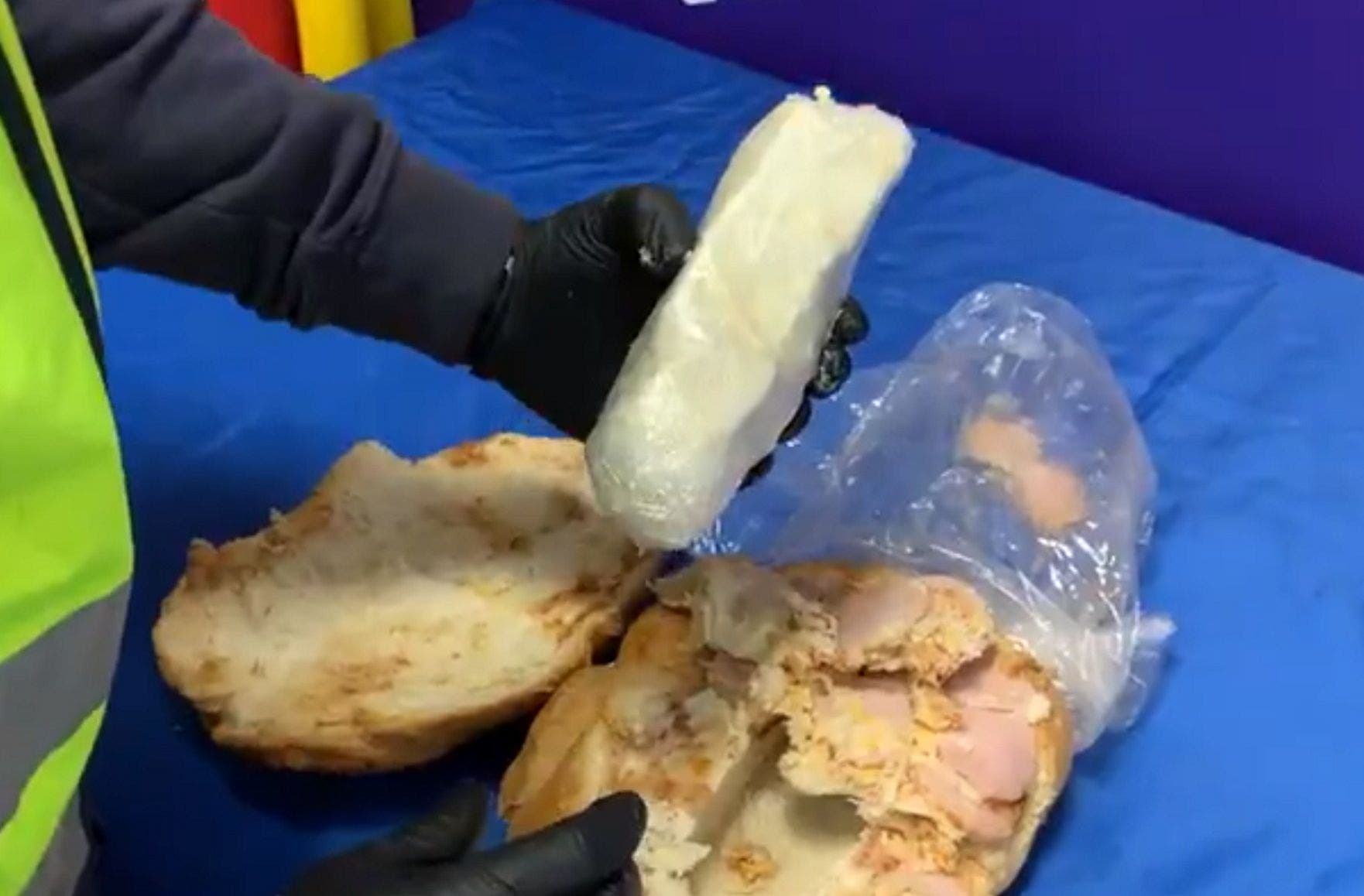 POLICE in Spain have discovered a brick of cocaine hidden inside a sandwich in northern Spain.

At least one arrest was made in Lugo, Galicia, after officers opened up the jamon snack to discover 300g of the drug.

“Hey, you have a bit of sandwich in your drugs,” Policia Nacional jokingly tweeted alongside a video of the find.

“This sandwich had more than just flour in the bread.

“It was carrying 300g of cocaine hidden inside. Arrested in Lugo. “

The suspect has been charged with drug trafficking.

Galicia is a hotbed for cocaine smuggling and recently made international headlines when a submarine was intercepted from South America with more than € 100 million of the white powder on board.

Discovered off the coast of Pontevedra in 2019, the submersible, which had come from Colombia, was around 20 meters long.

The first vessel of its kind to be caught in European waters, it was carrying 152 packages containing more than three tonnes of cocaine.

According to Galicia congressman Javier Losada, the drugs had a street value of more than € 100 million.

He told press: “It is a historic operation, it is the first time that a vessel like this has been caught in Europe.”

It came before the UK’s National Crime Agency said a large portion of the drugs were most likely heading to the UK, which is among the top two cocaine markets in Europe, alongside Spain.

“It is highly likely a lot of this cocaine would have ended up on the streets of the UK, fueling serious violence and impacting on the most vulnerable members of society,” said Tom Dowdall, the NCA’s deputy director international.