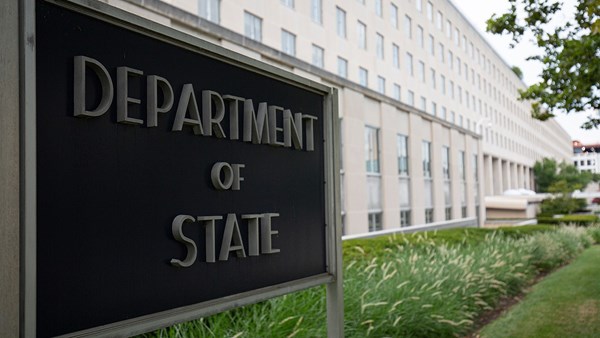 The United States of America blamed the Houthi terrorist militia loyal to Iran for not ending the conflict in Yemen, while the UN Security Council held the Houthis responsible for delaying the evaluation of the tanker “Safer”, calling for the United Nations experts to be quickly allowed to examine the oil tanker “Safer” moored off the coast of Yemen. Ras Issa, which is loaded with more than one million barrels of crude oil.
Yesterday, the US State Department said that the Houthi militia is failing to seek a ceasefire and take steps towards settling the conflict. The ministry indicated that “after the return of US Special Envoy Tim Lenderking from the region, while many parties are raising problems inside Yemen, the Houthis bear a great responsibility for refusing to participate in the ceasefire efforts, and also bear responsibility for not taking steps to resolve the conflict that has been going on for nearly a year. 7 years, which has caused untold suffering to the Yemeni people.”
“The Houthis continue a devastating attack on Marib, which the international community denounces, and is imposing increasing isolation on the Houthis,” the Foreign Ministry said. She added that Lenderking had held talks with Yemenis about promoting inclusive operations that could help civilians discuss the country’s future and enhance efforts to achieve peace.
This comes hours after the UN Security Council blamed the Houthis for delaying the evaluation of the tanker “Safer”, calling for the United Nations experts to be quickly allowed to examine the “Safer” oil tanker anchored off the coast of Ras Issa and loaded with more than one million barrels of crude oil.
The council warned of an increased risk of its explosion, which would lead to an “environmental, economic, maritime and humanitarian catastrophe for Yemen and the region.”
The Council reiterated that the Houthis are responsible for delaying the technical evaluation of the tanker Safer, which the United Nations had hoped to conduct last March.
The council issued its statement at the conclusion of a session held at the request of Britain, after the Houthis announced that efforts to allow the United Nations inspection mission to inspect the ship had reached a “dead end.”
In his statement, the 15 members of the Security Council urged the Houthis to facilitate safe and unconditional access for UN experts to conduct an impartial and comprehensive assessment, as well as an initial maintenance mission, without delay.
During the session, the United Nations Office for the Coordination of Humanitarian Affairs (OCHA) informed the members of the Security Council that the inspectors’ mission is still ready to go to Yemen to carry out its mission.
“This mission will remain ready as long as we have donor funding,” said Rina Gilani, an official with OSHA, but cautioned that “some of this money will start to run out soon, so we hope things will start moving much more quickly.”
In turn, Yemen’s permanent representative to the United Nations, Ambassador Abdullah Al-Saadi, called on the UN Security Council to assume its responsibilities and take strict and deterrent measures to seriously pressure the Houthi militias to stop manipulating the file of the Safer tank, to stop using it as a bargaining chip and political blackmail and to desist. For this unethical behavior before the disaster.
The Safer, which was built 45 years ago and uses a floating storage platform, is loaded with about 1.1 million barrels of crude oil, valued at about $40 million. The ship has not undergone any maintenance since 2015, which led to the erosion of its structure and its deteriorating condition. A year ago, water leaked into the ship’s engine room, and it is threatening to explode or rupture at any moment, which will lead to the leakage of its cargo in the waters of the Red Sea.
The United Nations warns that an oil spill would destroy ecosystems in the Red Sea, hit the fishing sector in the region, and close the port of Hodeidah, which is a vital artery for Yemen, for at least six months.
In addition to addressing the corrosion of the ship’s hull, its maintenance requires finding a solution to the explosive gases lurking in its tanks.
The Iranian-backed Houthi militias control the ports of Hodeidah on the Red Sea, including Ras Issa, which is located 6 kilometers from where the tanker “Safer” is docked.