Warning to owners of neglected vehicles in Abu Dhabi 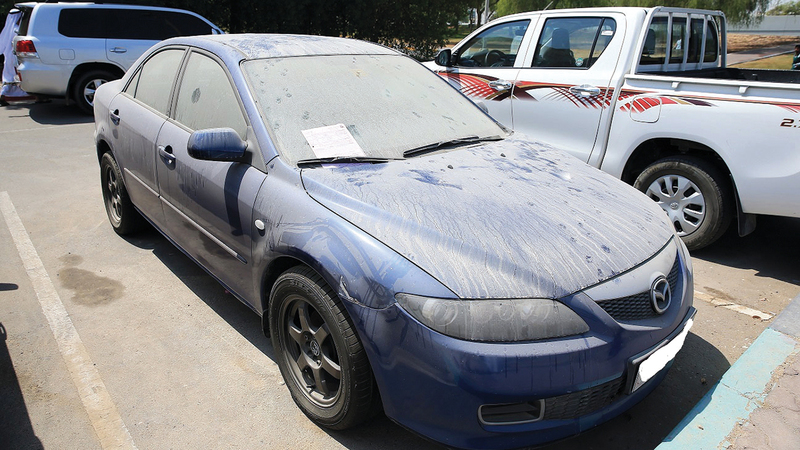 The Abu Dhabi City Municipality has implemented campaigns in all areas of Abu Dhabi Island to preserve the general aesthetic appearance of the city and maintain a clean environment from neglected cars, and to educate all members and segments of society not to leave them on the streets or covered with dust.

The campaign included monitoring neglected vehicles by municipal inspectors, and affixing a three-day warning to the violating cars, where a violation was issued for the cases that did not clean the vehicle or move it after three days, and the vehicle was towed to the seizure yard, in cooperation with the General Command of Abu Dhabi Police represented by the Department of Traffic and patrols and their supportive role in facilitating the transportation of vehicles, and the Emirates Auction Company and its role in transporting vehicles to the reservation yard.

And the municipality in Khalifa City implemented a campaign in cooperation with the General Command of Abu Dhabi Police, to educate people not to leave and neglect cars in a way that harms the public appearance and a clean healthy environment, especially with the approaching season of travel and summer vacations, where the campaign worked to monitor abandoned vehicles and communicate with their owners by phone, in addition to Publishing many awareness publications through the “Vregna” application

A campaign was also carried out in Shakhbout City, Rabdan City, Al Wathba and Bani Yas, with the aim of educating people about the dangers of neglected cars and guiding the proper ways to deal with them. targeted, sending messages via WhatsApp, and making phone calls to educate abandoned car owners.