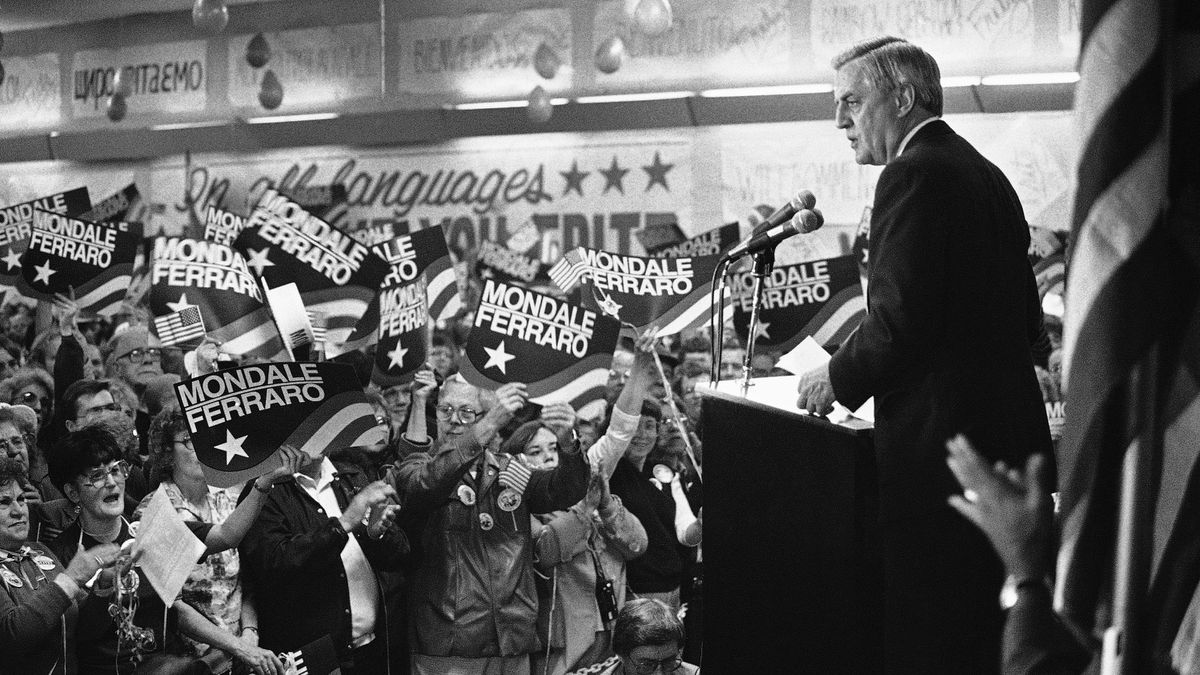 Walter Mondale, the former Democratic presidential candidate in 1984 and vice president during the government of Jimmy Carter (1977-1981), died this Monday at the age of 93, as confirmed by the politician’s family. Mondale was one of the liberals within the party in the era of conservatism that marked America during the Ronald Reagan era. As vice president, he was the first to have an office inside the White House, a space from where he helped Carter navigate the troubled waters of his only term. He was also the first candidate to bring a woman into the presidential race. The candidates, however, were beaten in the November elections.

Mondale never regretted starting his campaign by saying he was going to raise taxes, something that even now is taboo for most politicians. “I’m serious. By the end of my first presidency I will have reduced Reagan’s fiscal deficit by two-thirds, ”Mondale said as he accepted the Democratic nomination in San Francisco. “Let me tell the truth. It must be done, it must be done. Mr. Reagan will raise taxes and so will I. He will not tell you and I just did, ”added the politician, who elected Geraldine Ferraro, a congresswoman from the borough of Queens (New York) as a candidate for the vice presidency. It was July. In November, Reagan would sweep by winning 49 of 50 states (525 electoral college votes to 13). The Democratic nomination only triumphed in Minnesota, the former vice president’s home state. In a 2004 interview, Mondale said that he was very pleased to have made that statement, which many considered the ultimate drag on their hopes of victory.

Mondale studied law. His political path began in the footsteps of Senator and Vice President Hubert Humphrey, another leading progressive from Minnesota. The Democratic politician was fond of tobacco and cigars. He drank a whiskey daily, was fond of tennis and skiing, and among his favorite books was a biography of
Giussepe Garibaldi, one of the promoters of the unity of Italy.

At that 1984 Democratic convention, a young Joe Biden got just one vote in his quest to become the standard-bearer for the presidency. The current president of the United States has recognized the influence that Mondale, who was known as Fritz in the local political world, had on his own trajectory. “Typical of Fritz, he sent me a memo with the things I should look for and the commitments I had to make to get the job done. [de vicepresidente]”Said Biden in October 2015 in a tribute to Mondale in the city of Washington.

Mondale and Biden spoke Sunday, according to Axios. Carter’s former vice president also said goodbye to his former boss, who is 96 years old, and to Bill Clinton, who appointed him ambassador to Japan for three years, from 1993 to 1996. With Mondale leaves a methodical leader who leaves deep roots in the world. political world of Washington. After saying goodbye to Biden and the former presidents, he sent an email to more than 300 collaborators who accompanied him throughout his career.

“My time has come… before I go I just wanted to tell you how much you mean to me. No public servant has had a better team working alongside them. We have accomplished a lot and I know that they will continue to fight for the good. Joe in the White House certainly helps, ”Mondale wrote in one of his latest communications. Among the issues he fought for were minority rights, school integration, consumer protection and defense of farm workers.

He is also responsible for a political task that sometimes goes unnoticed because it is out of the spotlight. Mondale took a fairly active role during the Carter presidency. His office became a catwalk where he received members of Congress. From there, he helped to relax the relations of the presidency with the congressmen of his own party who, at times during the four years of the Democratic Administration, were on the warpath with the White House despite controlling the majority. “The lesson I learned from you is, how can you govern this incredibly diverse democracy without reaching consensus? It’s just impossible, ”Biden told Fritz six years ago. It is a council that today marks the political course of the president of the United States.

Nature The melting of the Greenland mainland will have a lasting effect on its ability to bind water, says a new study