Waldo Wolff, against Cristina Kirchner: ‘It is easier to hire Pablo Echarri than to appear in court’ 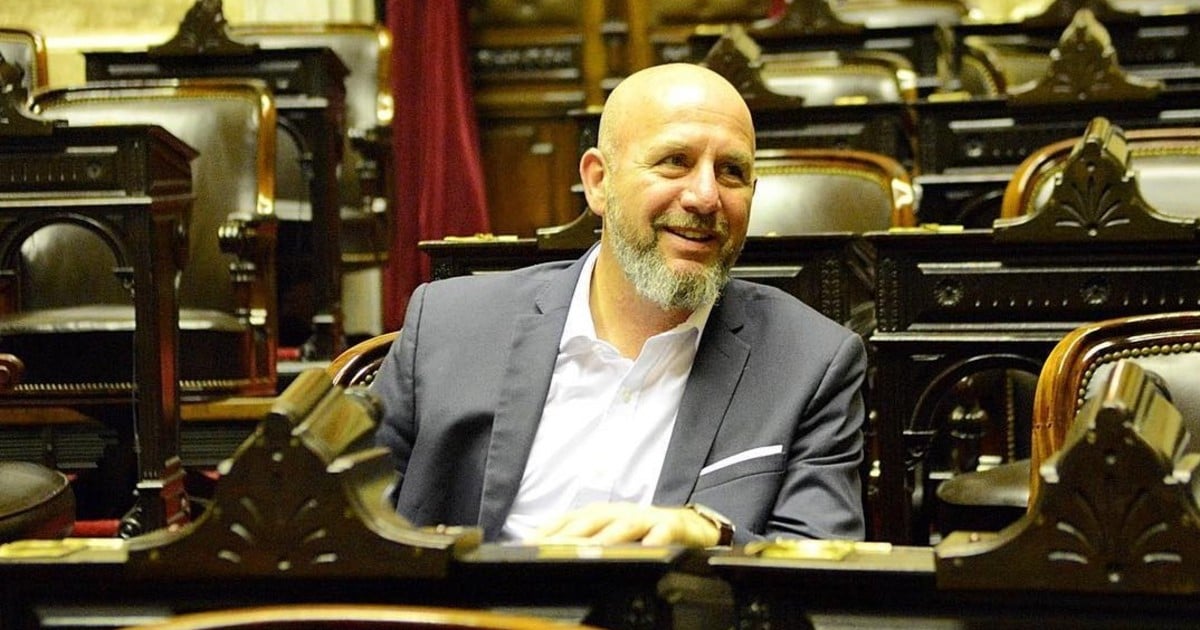 The deputy of Together for Change, Waldo Wolff, ruled this Tuesday afternoon that “it is easier to hire Pablo Echarri than to appear in court.” It was an allusion to Cristina Kirchner, who earlier requested the nullity of the case by the signature of Memorandum with Iran in a video recorded with the voice of actor.

.“She is the one who signed the Memorandum and has no explanation. What they do then is look for who played tennis to try not to talk about a cause that is scandalous, “said Wolff in a dialogue with radio Rivadavia.

He continued: “I was denounced by ‘Treason against the Fatherland’ and I wanted the case to be opened, not closed. So if (Cristina Kirchner) was so eager to show all these things that I was saying, I suppose someone in good faith would say ‘Open the cause that I am going to show that it is all a lie’. (But) it is easier to hire Echarri than to appear in court. “

Wolff’s reference to “playing tennis” alludes to the visits of judges to Quinta de Olivos during Mauricio Macri’s presidency, which were pointed out by Cristina Kirchner precisely in the video related by the actor who supports the policies of Kirchnerism.

“A few days ago and after years of silence, the secret meetings at the Quinta de Olivos and at the Casa Rosada between Macri and the judges of the Federal Chamber of Cassation, Mariano Borinsky and Gustavo Hornos, took public status”, Echarri related on behalf of CFK.

With the trite resource of the lawfare theory, the vice president put into the actor’s mouth, his consideration of a “scandalous complicity” of Macri and judges “to perpetrate his plan of political-judicial persecution of opposition leaders”, is heard in the video.

On that point, Wolff said: “The complaint of the Memorandum was made by (the prosecutor Alberto) Nisman. When he died, it was promoted by (Gerardo) Pollicita, then (Eduardo) Taiano. After that Chamber – in which they were Borinsky and Hornos and more– He said that the complaint was coherent, later it was picked up by (Claudio) Bonadio and now the current judge. In other words, six judges intervene. What did they find? That there are two of those judges who played tennis and paddle tennis “.

He expanded: “This may or may not be debatable, but what needs to be analyzed is the failureNot if the judge played tennis. “

This Monday, the former president, through her lawyer Carlos Beraldi, presented an 82-page letter in which she requests the annulment of the case and also requests that a public audience to give his arguments, as he did in the Future Dollar case, where he made a political defense.

The arguments of the vice president, narrated by Echarri, were rejected by relatives of victims of the AMIA attack.

Pablo Echarri has posted on his Twitter account a message of gratitude to Néstor Kirchner since October 2019. His militancy and his support for the K efforts are nothing new.

What yes, is a string of proximity to the formal management that the actor has been showing in recent weeks, in which he played a more leading role in the political arena.

This man taught me that fear is not an option when it comes to defending my interests and those of my family.

That politics is a wonderful tool.

And to realize that, in truth, I am free.

Days ago, President Alberto Fernández led the launch of a plan to promote the production and export of audiovisual content, during an event at the Casa Rosada Bicentennial Museum.

Among those present was precisely Echarri -who is a member of the directive commission of the Argentine Society for the Management of Interpreters (SAGAI) – and the producer Adrián Suar, who were placed in the front row, as well as Marcelo Tinelli, who followed the Zoom launch with other references.

Then he also put his voice -and his opinion- in another video, in that case, institutel, shown in the official presentation.

Last week another actor, also from SAGAI, the actor rights manager that Echarri forged, came to the center of the political scene, this time appointed to an official position.

It was when the president of Radio y Televisión Argentina (RTA), Rosario Lufrano, announced that actor Osvaldo Santoro became the vice president of that state-owned company, which is in charge of managing, among other media, Public TV and the 49 National Radio stations.

Santoro is secretary at SAGAI. Echarri, your treasurer.

Pablo Echarri, in a presidential ceremony with referents of the audiovisual industry. Video capture

Now the actor lent his voice to communicate what Cristina Kirchner wanted to say, in a video carefully edited by the talented audiovisual advisers of the Instituto Patria.

Without revealed intentions of a more formal participation in politics, Echarri advances in spaces of influence and government management.

This same day that the video tweeted by Cristina revealed her participation, the actor thanked the Konex Foundation for choosing it among the one hundred most outstanding artists of the last decade, which he described as “an excess” that, however, he said he was “enjoying a lot”.

On the other hand, Echarri comes from questioning Horacio Rodríguez Larreta very harshly for not complying with the presidential decree – now with a supreme adverse ruling – regarding school attendance.

“The contagions are not going to stop, the real cold has not yet arrived and the second wave has just begun. Rodríguez Larreta’s political move is cruel and suicidal. And the cynicism about the interest in education and public health hurts and is unworthy ”, he fooled the macrista.

Was before lend her voice to Cristina Kirchner.

Justin Bieber after protests "please pray for the people of Colombia"