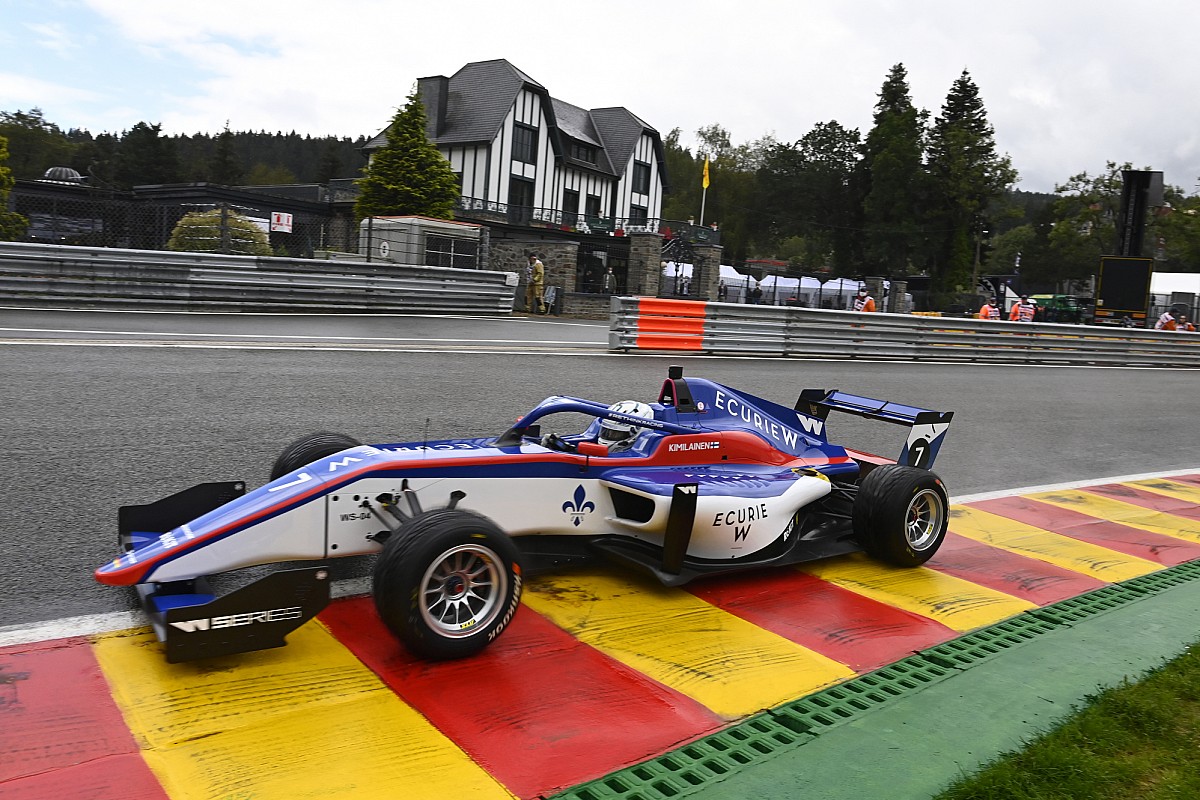 Emma Kimilainen took her second W Series win on the Spa-Francorchamps track and got the better of Jamie Chadwick. The Finnish driver, started from the fourth box, was thrilled in wet conditions.

Chadwick finished on the second step of the podium and with this result maintains the lead in the drivers’ standings, while Marta Garcia obtained the third place and conquered the first podium of the season.

The race started behind the safety car and the safety car returned to the pit lane with just 16 minutes left. At the start, Chadwick immediately took a good lead over Powell, while Wood, Kimilainen and Marta Garcia finished side by side on the Kemmel straight.

The Finn managed to get the better of them leaving Wood and Garcia fighting each other.

After 18 minutes, Chadwick had a 2 ” 8 lead over Powell while Kimilainen was 1 ” 3 and shortly thereafter the gap narrowed. Eight minutes from the end, Kimilainen passed Powell to throw herself in pursuit of Chadwick.

Marta Garcia, author of the fastest lap shortly before, also began to press the Powell, while the Kimilainen, who lapped three seconds to the fastest lap of the Chadwick, took command of operations when there were 5 minutes to the end of the race for then immediately enjoy an advantage greater than a second.

During the last lap Garcia managed to get the better of Powell thus conquering the first podium of the season, while Wohlwend overtook Nerea Marti and thus obtained the seventh place.