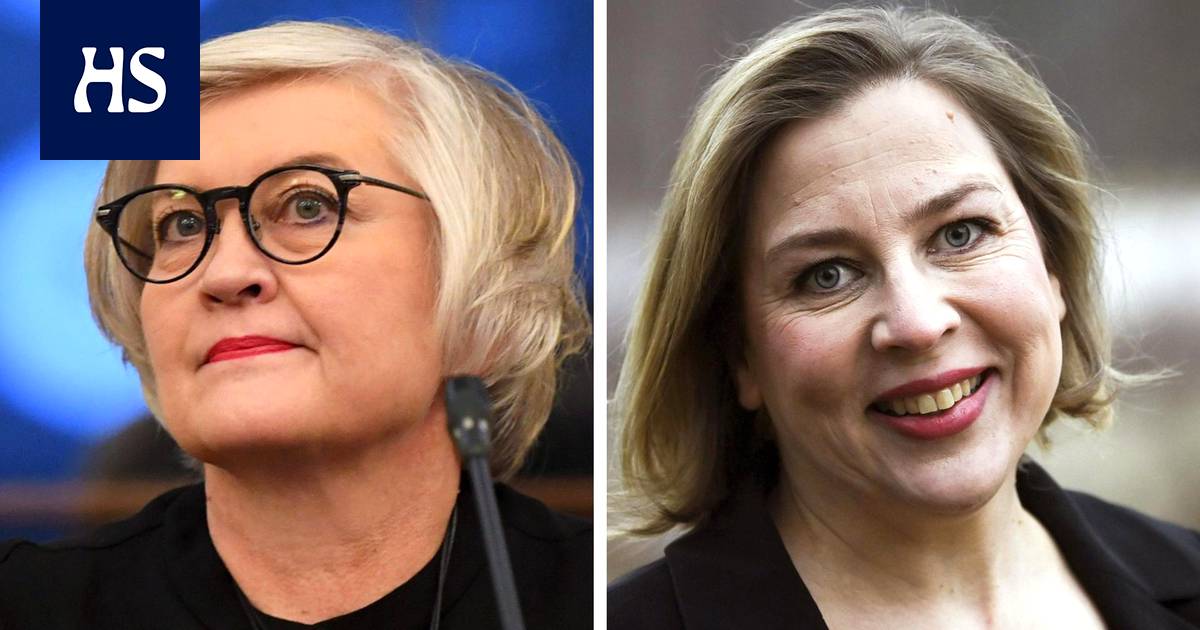 The Chancellery Committee may decide to suspend the Director General, for example, during the preliminary investigation of the Central Criminal Police.

Parliamentary At its meeting today, the Chancellery Committee will discuss the Director General of the National Audit Office (VTV) Tytti Yli-Viikarin suspension from office.

Yli-Viikari has been given the opportunity to submit a reasoned written response to the meeting of the Chancellery Committee and to be heard at the meeting.

The Chancellery Committee consists of the Speaker of Parliament Anu Vehviläinen (Central) and Vice-Presidents Tarja Filatov (sd) and Juho Eerola (ps) and the deputies elected by Parliament from among themselves Arja Juvonen (ps), Eeva Kalli (middle), Jukka Kopra (kok) and Antti Lindtman (sd).

Chancellery Committee may decide to suspend the Director General, for example for the duration of an ongoing investigation by the Central Criminal Police.

According to STT, Yli-Viikari and VTV’s General Counsel are suspected of being investigated by the Central Criminal Police. Mikko Koiranen. Both have denied committing an official crime. According to STT, the police investigation has started with a contract in which the official was paid two years’ salary without any obligation to work.

The Parliamentary Chancellery Committee will meet today at noon. A press conference will be held after the meeting.

VTV’s and Yli-Viikari’s operations are currently being investigated by several parties. The Parliamentary Audit Committee is currently preparing a report on VTV’s financial management, which will be submitted to the chairman of the committee. Outi Alanko-Kahiluoto (green) says it will be completed no earlier than next week.

In February, the Audit Committee launched a report on compliance with the provisions on, among other things, internal control and risk management and the principles of good governance in VTV’s financial management.

Read more: VTV became “incapacitated”, says the Inspector General – Parliament is discussing the suspension of Director General Yli-Viikari today, this is how the staff experiences the situation

Chairman of the Parliamentary Auditors, Member of Parliament Veijo Niemi (ps) also told STT on Tuesday that an additional audit will be carried out in Parliament regarding VTV. The special audit will focus on representation, travel and acquisition costs for VTV’s senior management from 2020 onwards.

According to Niemi, an additional audit is scheduled for April.