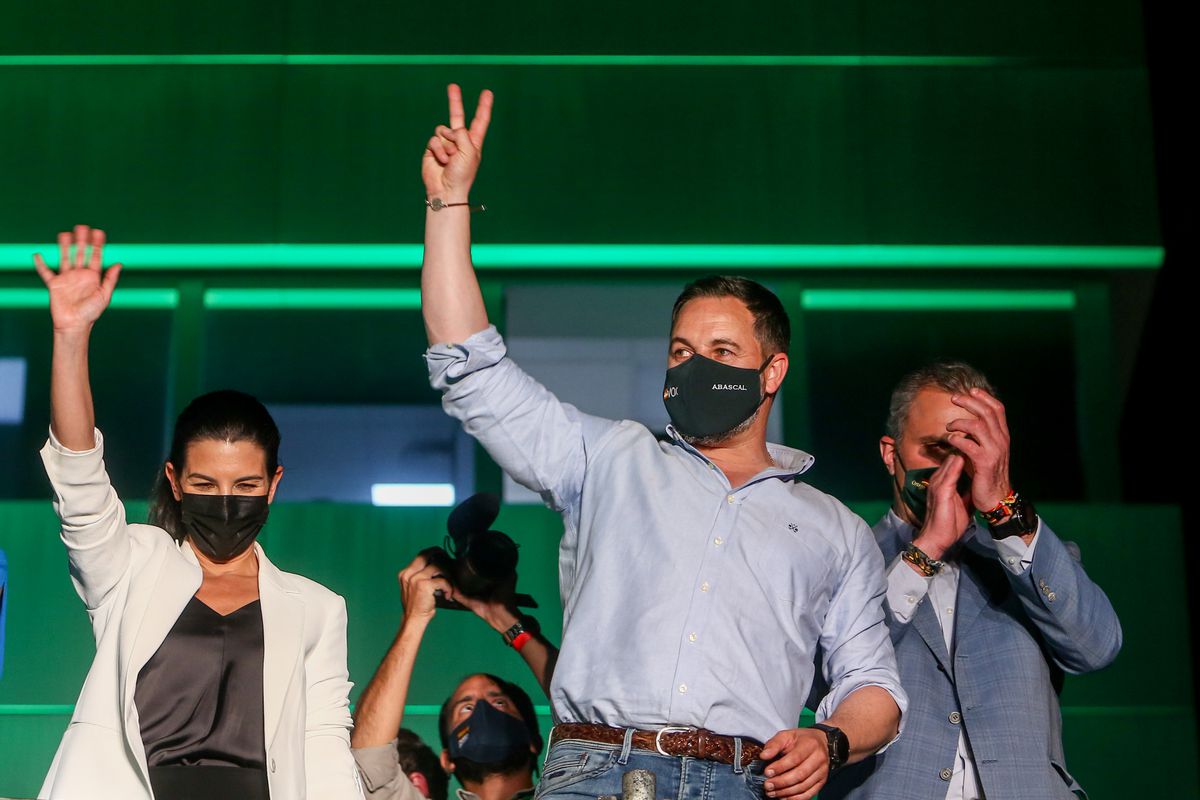 Vox will facilitate the inauguration of Díaz Ayuso in the first vote, without demanding in exchange to enter the Government. “We will vote in favor of the investiture of Mrs. Ayuso without any doubt,” said the party leader, Santiago Abascal, who stressed that his 13 deputies will vote yes to the PP candidate, so he will not need a second vote. Despite this, the head of the Vox list in the Community, Rocío Monasterio, assured that his party “will be decisive” in Madrid in the next two years.

The fact that the ultra party rules out entering the Madrid government does not mean that it renounces to condition its policies. Monasterio pointed out that Ayuso will have to choose “between Vox and an abstention from the PSOE”; and Abascal also left the ball in the hands of the Madrid president, stressing that she must decide “if she wants to govern by relying on left-wing parties or Vox.”

The composition of the new regional Assembly, in which the PP has more deputies than PSOE, Más País and Podemos together, makes the only alternative to Ayuso an impossible alliance between the extreme right and the entire left. But to carry out her projects, starting with the regional budgets that have been extended from 2019, the regional president will have to seek the support or, at least the abstention, of any of the remaining political forces and that is where Monastery assures that Vox “will be decisive ”.

Both Abascal and Monasterio congratulated Ayuso for his “extraordinary result” and considered the objective that Vox had expressly set for these elections to have been fulfilled, “to stop the social-communist assault on the Community of Madrid”; that is, to prevent the left from adding enough seats to unseat the regional president. “The Popular Front has suffered an unmitigated defeat,” proclaimed the first.

They were also satisfied with the results of Vox in a context, said Abascal, of “censorship, violence and demonization by the media.” Actually, the biggest obstacle to their party, which they did not mention, was the Ayuso effect; the fact that a good part of the Vox electorate preferred the PP candidate over his own, according to the polls.

This Tuesday, with a participation of 76.25%, even higher than that of 10-N, Vox has remained halfway between both results, with 9.15% of the votes and 13 deputies, one more of the 12 that it had in 2019 (although now there were four more at stake), becoming the fourth force in the House. It is not what Abascal expected, as he acknowledged last night, but he leaves it intact after the Hurricane Ayuso, which devastated Ciudadanos, leaving him out of the Assembly, and dismantled the PSOE.

Beyond its results, Vox’s mantra in this campaign was to “kick Pablo Iglesias” out of the institutions. Abascal again accused him on Tuesday of “sending his henchmen to blow up Vox rallies”, alluding to the arrest of an employee of Podemos for the disturbances in his electoral act in Vallecas. Throughout the campaign, the ultra party sought face to face with Podemos and presented as a feat the clash between Monastery and Iglesias in the frustrated debate of Cadena SER, aware that, like the hooligans Of some football teams, there is only one thing that motivates more than their own victory: the humiliation of the opponent. In the end, Iglesias leaves politics, but not because Podemos has not reached 5% of the votes (he will have 10 seats in the Assembly), as Vox expected, but because his figure mobilizes more detractors than supporters, by his own admission.

Hundreds of Vox supporters gathered outside the party headquarters chanting shouts like “They will not pass!” and “Madrid will be the tomb of sanchismo”, until Abascal sent them home after 11 at night, so as not to breach a curfew that Vox will demand that Ayuso repeal, along with all confinement measures, as of next Sunday, when the state of alarm subsides. It will be the first test of the influence of Vox in the reinforced regional president.

Grey’s anatomy 17 episode 14 full Spanish online: when and where to see the premiere of the new episode