Voting in a pandemic: chinstraps, alcohol gel and new envelopes in the election of Missions 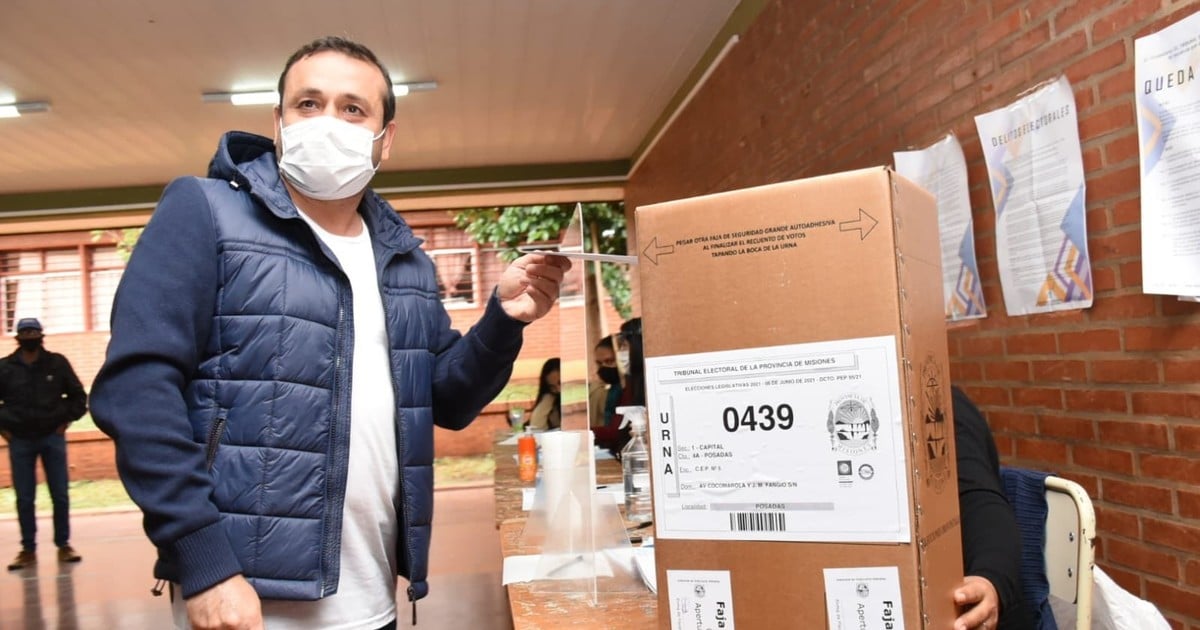 With strict sanitary measures and under a leaden sky, the missionaries opened the electoral calendar this morning. The bad weather meant that the voter turnout was very scarce in the first two hours, but around noon, with no rain, people turned to the schools en masse.

The protocol that seeks to prevent coronavirus infections in voting centers It consists of the provision of chinstraps for those who arrive to cast their vote, taking temperature, disinfection with alcohol at the entrance and at the time of presenting the document to the table authorities. In addition, the Electoral Tribunal changed the type of envelopes used: they now have a self-adhesive strip to prevent salivate.

In Misiones, 947,560 people were authorized to vote, but the percentage of attendance is likely to be lower than in other elections due to bad weather, people isolated by the coronavirus and fear of contagion.

Governor Oscar Herrera Ahuad cast his vote in the morning and stressed that “we are having these elections very normally, calmly and with health security, which is the most important thing.”

“Time did not accompany us in the interior and in the colonies, where it is raining a lot, but there is a lot of commitment from citizens to reaffirm democracy in our province and in its institutions,” added Herrera Ahuad, who was the campaign manager of the Renovating Front.

“Today we have to reaffirm the autonomy of the province, the capacity to make decisions, to manage and to continue demanding what corresponds to the missionaries, to demonstrate that we can be the forerunners of a safe public policy that reaches all the people,” he said. the mandatary.

In addition to renewing 20 seats in the Legislature, today councilors are elected in Aristóbulo del Valle, Dos de Mayo, El Soberbio, Eldorado, Leandro N. Alem, Montecarlo, Posadas, Puerto Iguazú, Puerto Rico, San Vicente, San Pedro and Oberá. In the latter city, the Ombudsman will also be elected. In Dos de Mayo and San Pedro, meanwhile, the category of Constituent Constituents who will draft the Organic Letters will be added.

To avoid overcrowding in schools, the Electoral Tribunal added 97 new voting centers. There are 459 places and 2771 authorized tables. The schedule was also extended: the elections will only close at 7:00 p.m.

In addition to having 2,189 police officers to control the voting centers, the Electoral Tribunal succeeded in getting the Gendarmerie to add another 1,300 men, of which 250 will arrive from Corrientes.

Despite the fact that the Government arranged for voters to be able to use passenger transport free of charge, in Posadas it was seen that some political groups had private vehicles available to transport people.

The ruling Front Renovador de la Concordia Social, which has the current legislator Martín Cesino as head of the list, put 10 seats into play; six Together for Change, three the Agrarian and Social Party and one Freedom, Values ​​and Change, a provincial party that joined the ruling party. The JxC roster is led by the young Ariel Pianesi; while Kirchnerism had some last-minute defections and finally placed Santiago Mansilla, Anses delegate in Eldorado and a man of confidence of camper Cristina Brítez.

In Misiones, the Lemas Law system governs communal offices and that makes voters find themselves with dozens of ballots in the dark rooms. In the twelve cities, 90 lists of the Kirchnerist Agrarian and Social Encounter Front were registered, while Juntos por el Cambio added 69 and the Renovador Front a total of 65 sublemas.