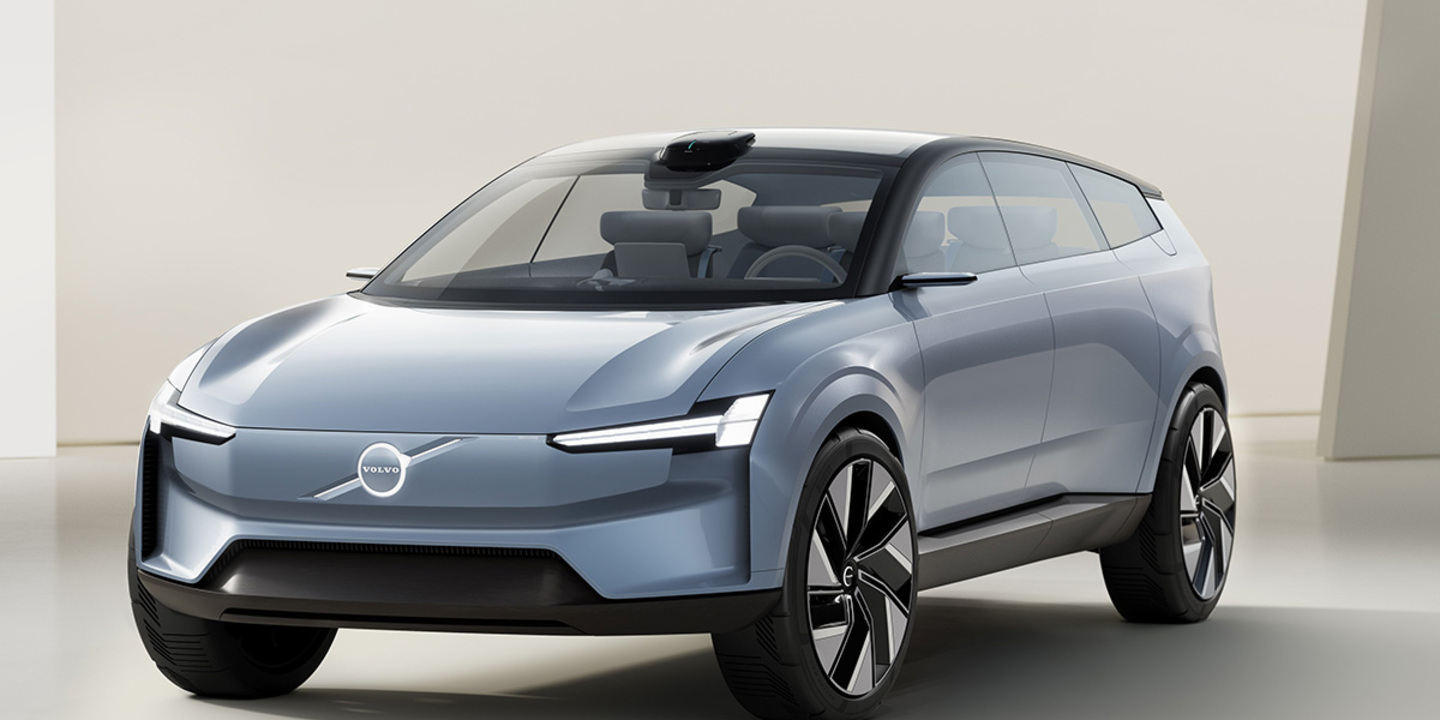 Volvo will start next year on the launch of its platform for fully electric cars, which no longer have to deal with the limitations of an internal combustion engine and can therefore be given a completely individual design. We already get a foretaste with the Concept Recharge.

The Concept Recharge is a large electric SUV, but with different proportions than we are used to with such a model. The lack of an internal combustion engine and transmission tunnel allowed the wheelbase to be extended and the roofline lower, as the occupants also sit in lower seats. That lower roofline is essential to guarantee a decent driving range.

No grille, but lidar

Furthermore, we see a number of elements that will return on the future models of the brand: the lack of grille, which is filled with a ‘shield’ in which the illuminated logo is integrated. On either side of the shield we see the latest generation of ‘Thor’s hammer’ headlamps, which ‘open’ when you switch on the low beam or high beam. The lidar is mounted on the roof above the windscreen for an optimal overview. At the rear we see a modern interpretation of Volvo’s typical vertical taillights, which also get folding ‘wings’ to improve aerodynamics.

Inside, we see a large vertical touchscreen with the next-generation interface, jointly developed with Google. The rest of the dashboard is covered in a soft fabric, while the trim panels are in natural wood with integrated lighting. The seats resemble those of a saloon and are also adjustable in height at the rear, to give everyone a pleasant sitting position.

Volvo CEO Hakan Samuelsson could barely contain himself not to reveal that this Concept Recharge is the harbinger of the next generation XC90, which may be the first to usher in the brand’s new EV platform in 2022. The model will also have a new one. generation batteries. In addition, Samuelsson also hinted at a new naming scheme for the next generation of Volvo models, as there will be less distinction between the SUVs and the traditional body shapes. Maybe a human name? We certainly won’t have to wait much longer.