Volodin called Biden’s statement about Putin a hysteria from impotence 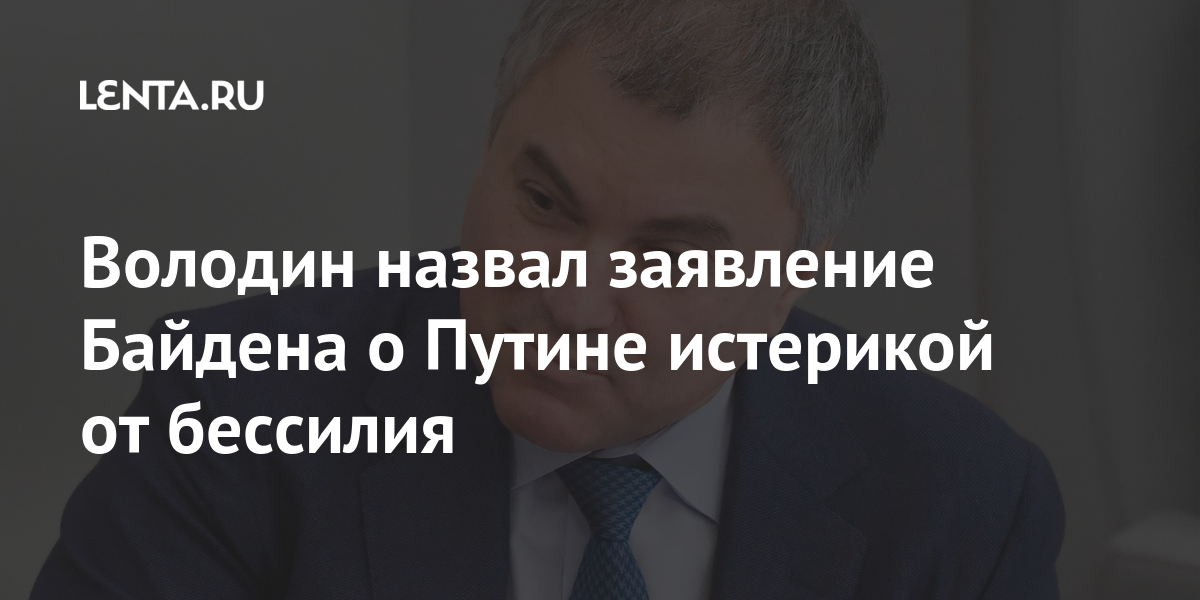 State Duma Chairman Viacheslav Volodin reacted to the words of US President Joseph Biden about Russian President Vladimir Putin. It is reported by TASS…

“Biden insulted the citizens of our country with his statement. This is a hysteria from impotence, ”said Volodin. The politician also stressed that attacks on the head of state are attacks on the country.

Earlier, Biden said in an interview with ABC that he wants to hold the Russian state accountable for alleged interference in the US elections. The American leader spoke about his conversation with Russian President Vladimir Putin and added that he would pay if he was found guilty.

According to the American leader, he had a long conversation with his Russian counterpart. “I said,” I know you, you know me. If I find out that this really happened, be ready, “Biden said.

The day before, on March 16, US intelligence published a report in which it accused Russia and Iran of interfering in the 2020 presidential election. Washington accuses Moscow of trying to support the re-election of ex-President Donald Trump, discredit Biden and “sow discord” in American society. The US also announced sanctions against countries.

Trial of George Floyd’s death: More videos shock – they come from the police themselves