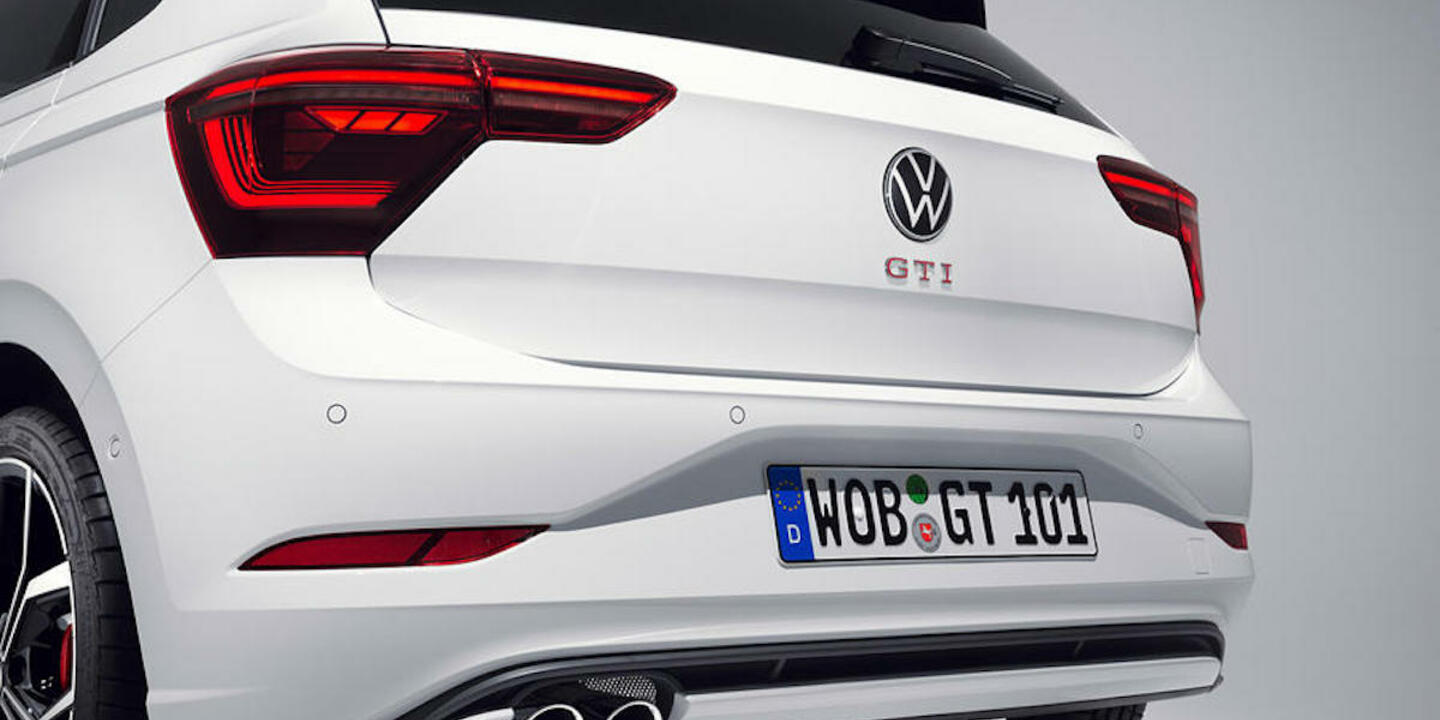 Just like the braver versions of the Volkswagen Polo, the Polo GTI gets a facelift that brings it closer to its big brother Golf GTI in terms of looks. The bumpers look wider and follow the angular design of the Golf and there are now also LED lights in the (fake) air vents. The typical red GTI trims are still present, at the back we see a fairly large roof spoiler and a double exhaust pipe on the left. The rear light clusters have become wider and are also reminiscent of those of the Golf. Specific 17- or 18-inch rims fill the wheel arches.

Under the hood of the facelifted Volkswagen Polo GTI we find an old friend: the 204 hp 2.0 turbo 4-cylinder TSI with 320 Nm of torque available between 1,500 and 4,500 rpm, which was already present in the previous model. Still adequate, but not earth-shattering, especially when compared to a Toyota GR Yaris. The 2021 Polo GTI accelerates from 0 to 100 km/h in 6.5 seconds, a very respectable figure. The engine works together with the automated 7-speed DSG dual-clutch gearbox, it is not known whether there will be another manual gearbox.

As for the chassis, the suspension has been lowered by 15mm, the springs are stiffer and are aided by a large stabilizer on the front axle, stiff tie rods at the front and stiffer axle stands at the rear.

The 2021 Volkswagen Polo GTI features the same Life finish as the regular Polo, but adds some red markings to distinguish itself and create a sportier atmosphere: the dashboard trim, the inserts and stitching on the steering wheel and gear lever or around the center console, while the sports seats have a tartan pattern with red squares.

In line with the current trend, the Volkswagen Polo GTI 2021 is equipped with Travel Assist with adaptive cruise control, lane keeping assist, side assist and rear traffic alert. An automatic emergency braking system is also standard, as are driver warning and automatic braking after a collision.

For now, the launch date of the new Volkswagen Polo GTI has not yet been announced, nor the prices, which should be known before the end of the year. Deliveries are expected to begin at the end of 2021. But the prices will certainly not be lower than those of the previous model, which cost around 28,000 euros. We can therefore expect a price of around 30,000 euros with more complete standard equipment.