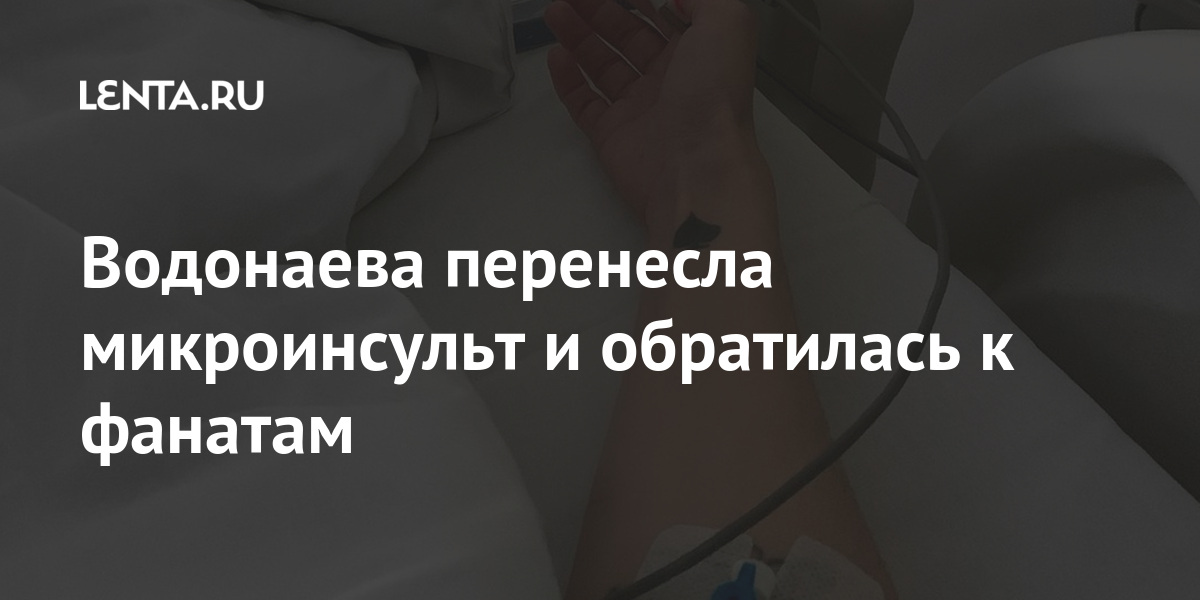 Alena Vodonaeva, a TV presenter and former participant of “House-2”, suffered a microstroke. She announced this in a publication on her page in Instagram…

“Glory to heaven is no longer from intensive care, but from an ordinary ward of the neurology department. Microstroke “, – noted Vodonaeva

The presenter turned to the fans, stating that she had been working extremely hard lately and had had little sleep. “I have a lot of stress in my life. Highly. And nobody solves my problems and questions. I solve them myself. And there is not a single person in this life on whom I could rely, ”added Vodonaeva.

She stressed that the last time she was in the hospital was in 2009. In the future, she sought medical help only in connection with pregnancy. The presenter noticed that she was afraid of the recent sharp deterioration in health.

“It’s scary to be out of the resource, to be unhealthy. On the whole, everything is fine (if it fits my situation), I am in neurology, I am examined inside and out, ”she concluded.

In the afternoon of April 20, Vodonaeva was urgently hospitalized. She, while awake, posted a photo from the hospital. Later, the TV presenter said that she was hospitalized with symptoms of a stroke.