Vocabulary fuse: why Joe Biden was not shy about expressions 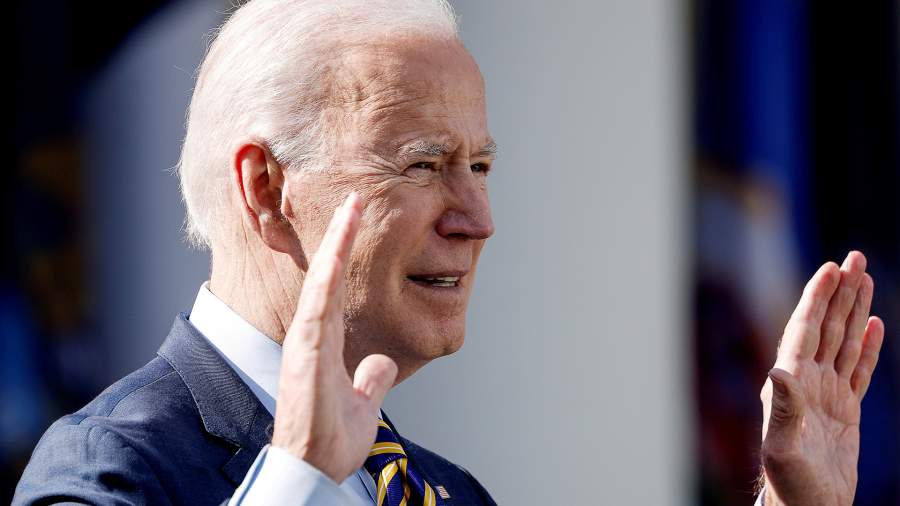 Despite the radical anti-Russian statements of US President Joe Biden, the two countries should try to find common ground, Deputy Chairman of the Federation Council Konstantin Kosachev told Izvestia… In his opinion, the current administration in Washington still has a historic chance and space for this. According to experts interviewed by Izvestia, the head of the White House said nothing conceptually new: accusations against Russia and an expression of readiness to cooperate in areas of “mutual interest” will apparently get along with each other throughout the term of Joe Biden.

US President Joe Biden gave an interview to ABC News, in which, in particular, he dwelled on the relationship with Russia and personally with its leader Vladimir Putin. Although the current head of the White House has not earned the reputation of an orator during his long political career, this time he managed to “blow up” the media agenda… Among the generally general statements, a democrat dropped one phrase, which then became the main “hit” of the information flow on March 17… And what’s most interesting, he did so largely with the help of a journalist who interviewed him.

– So, you know Vladimir Putin. Do you think he’s a killer? – George Stephanopoulos asked the President of the United States.

The American leader did not expand his thought, but this was enough to cause a wave of reaction to such a statement and in many respects bewilderment – after all, this answer had obvious problems with diplomacy… Another thing is that it seems that they did not expect anything else from Joe Biden, but he himself did not say the word “killer”…

The day before, the Office of the Director of National Intelligence The United States issued a report alleging that the Russian authorities allegedly tried to discredit Joe Biden and the Democratic Party during the presidential election… And although intelligence reported that there was no cyber intervention, in general, Washington recorded the aspirations of Russia, Iran and China to influence the vote. However, as the authors of the report themselves admit, these attempts were unsuccessful.

This did not stop the journalist from asking Joe Biden how he was going to react to Russia’s “interference”.

– He will pay the price, the head of the White House replied., meaning Vladimir Putin. – We had a long conversation (January 26, 2021 by phone – Izvestia), I know him quite well. At the beginning of the conversation, I told him: “I know you, and you know me. If I find out that this was happening, be prepared. “

The head of the White House promised that everyone would see the price “which the president of the Russian Federation would pay”, and then suddenly switched to the prospects of cooperation between the countries… He recalled that in trade there is an expression “go and chew gum at the same time.” According to him, there are areas of mutual interest, and in them Washington is ready to work with Moscow.… That is why the START III treaty was extended for five years, because this significantly reduced the likelihood of a nuclear conflict, Joe Biden explained.

On the same day – March 17 – US extended sanctions against Russia… The US Department of Commerce announced that new restrictions due to the incident with Alexei Navalny will be introduced on March 18. As explained in the department, Washington faces the task of preventing the Russian Federation from accessing dual-use technologies from the United States. The export and re-export of equipment, technologies and software related to national security interests will be limited. Exceptions will be made for civil aviation and space.

Besides, The State Department has included Russia in the list of countries that are subject to a ban on the export and import of weapons… The so-called ITAR export control regime also assumes that such states cannot be provided with defense services. According to the American media, next week the White House may announce restrictions for “Russian interference” in the elections. Against this background, on March 17, the Russian currency fell by the evening against the US dollar by 1.2 rubles. At 19:30 the exchange rate of the dollar was 74.08 rubles.

In Russia, Joe Biden’s words first provoked an unequivocally harsh reaction… So, the speaker of the State Duma Vyacheslav Volodin saw in the statements of the President of the United States “hysteria from impotence” and insulting citizens of the Russian Federation. And the secretary of the General Council of the United Russia party, the first vice-speaker of the Federation Council Andrey Turchak called it “the extreme degree of aggression caused by powerlessness.”… According to the press service of United Russia, the politician is sure: “Biden’s statement is just a triumph of the US political insanity and the age-related dementia of their leader.”…

However, Konstantin Kosachev, Who became Deputy Chairman of the Federation Council on March 17, and before that for many years headed the Federation Council Committee on International Affairs, in an interview with Izvestia noted that now, first of all, Moscow and Washington need to look for points of contact, and not dramatize the situation… In his opinion, one cannot agree with such radical assessments that were voiced on ABC News. However, in the context of how the question was asked and the answer was received, what has been said should be taken more as “the assessments of a journalist, not of the President of the United States.”

– Otherwise, I would be an adherent of looking for common ground and positions that unite us. Now there is a historic chance for this, since the administration of the President of the United States has changed. The previous administration did nothing to improve our relationship… The current one still has all the space of possibilities. Therefore, for now, I would not dramatize reservations and concentrate on the positive that can be in our relationship. This is in the interests of the peoples of Russia and the United States, ”Konstantin Kosachev told Izvestia.

Meanwhile, experts believe that such negative rhetoric against the authorities of the Russian Federation will coexist with statements of readiness to cooperate in certain areas throughout the entire term of Joe Biden’s rule… According to Yuri Rogulev, director of the Franklin Roosevelt Foundation for the Study of the United States at Moscow State University, Moscow and Washington will try to find solutions to some hot problems, such as the extension of START III. But with regard to more politicized and ideological issues, progress should not be expected.

As for the interview itself, it became a kind of response to numerous criticism within the United States, since two months after joining the White House, Joe Biden did not really give a single press conference.

– Many asked, are you hiding him? They decided to invent such an interview. Wherein the questions turned out to be stupid. How can you ask the head of state about the leader of another country if he is a murderer or not? Then the journalist might ask: do you consider President Biden to be the killer? The death penalty is not prohibited in the United States, and presidents do not have mercy on everyone. So they are murderers? American drones in different parts of the world sometimes hit civilians. The president is the commander-in-chief, so a murderer? Biden, by the way, was surprised by this stupid question, but answered it stupidly too.– said the expert to Izvestia.

“The atmosphere is unusual”

Besides Russia, Joe Biden raised other international and domestic topics as well, and even talked about personal. Like all American presidents of the past decade and a half, the current head of the White House had to answer the question, when the US will withdraw its troops from Afghanistan… According to Biden, he is “in the process of making this decision.” Wherein, the president could not exactly promise that this would be done before May 1, as required by the deal of the previous administration of Donald Trump and the Taliban (banned in Russia).

In addition, the owner of the Oval Office assured that warned the King of Saudi Arabia Salman bin Abdel Aziz Al Saud about “changing relations” between the two countries after the publication in the United States of the report on the murder of journalist Jamal Hashokji… When asked by a journalist why the United States did not impose sanctions against Crown Prince Mohammed bin Salman Al Saud, Joe Biden admitted: Americans never punished or “ostracized” the current leaders of the allied states… However, Washington will still look at the behavior of Riyadh, which is expected to produce “certain things”, including ending the war in Yemen and “ending hunger” in that country.

Joe Biden, of course could not pass by the fight against coronavirus, the victory over which he made his main goal for the first 100 days of his presidency… According to the US Centers for Disease Control and Prevention (CDC), in America More than 100 million people have already been vaccinated against COVID-19… At the same time, they completely completed the vaccination, that is, they received two injections, more than 35 million. And although this can be considered one of the few real successes of the current administration, Joe Biden still showed that he was unhappy with the attitude of Americans to the vaccine campaign…

– I just I cannot understand this macho behavior: “I will not put the vaccine. As an American, I have a right, I am free not to. ” Okay, why don’t you be a patriot? Protect other people, – he turned to anti-vaccines.

Meanwhile, I had to the head of the White House to comment on the accusations of harassment against his party member, New York Governor Andrew Cuomo, of which more than seven women have already complained about “unworthy behavior”. Despite numerous calls by Republicans and even a significant part of Democrats for the head of state to resign, the White House has been holding back all this time. And this time Joe Biden did not sharpen: Cuomo must leave, but only if the charges are proven.…

Failed to ignore the migration crisis on the southern border of the United States, which, with the arrival of the Democrats in the White House and significant relaxation in this area, is stormed by crowds of refugees. Joe Biden did not admit that he had let the situation out of control and found nothing better than to appeal to those seeking a better life in the United States: “Don’t run to us. Don’t leave your cities and communities “…

And finally the president of the United States admitted what really happened to his shepherd named Major, which had to be sent from the White House to Delaware after the dog bit one of the employees… According to Biden, Major is very friendly and does nothing but “lick and wag his tail.” And in that incident, the dog didn’t even bite through the skin. The president explained this unpleasant incident with an “unusual situation”, which the Major plunged into in the White House.

What is the Chamber of Ambar, the eighth wonder of the world that is worth 180 million dollars