Vladimir Putin’s threat to the West: ‘Don’t cross the red line’ with Russia 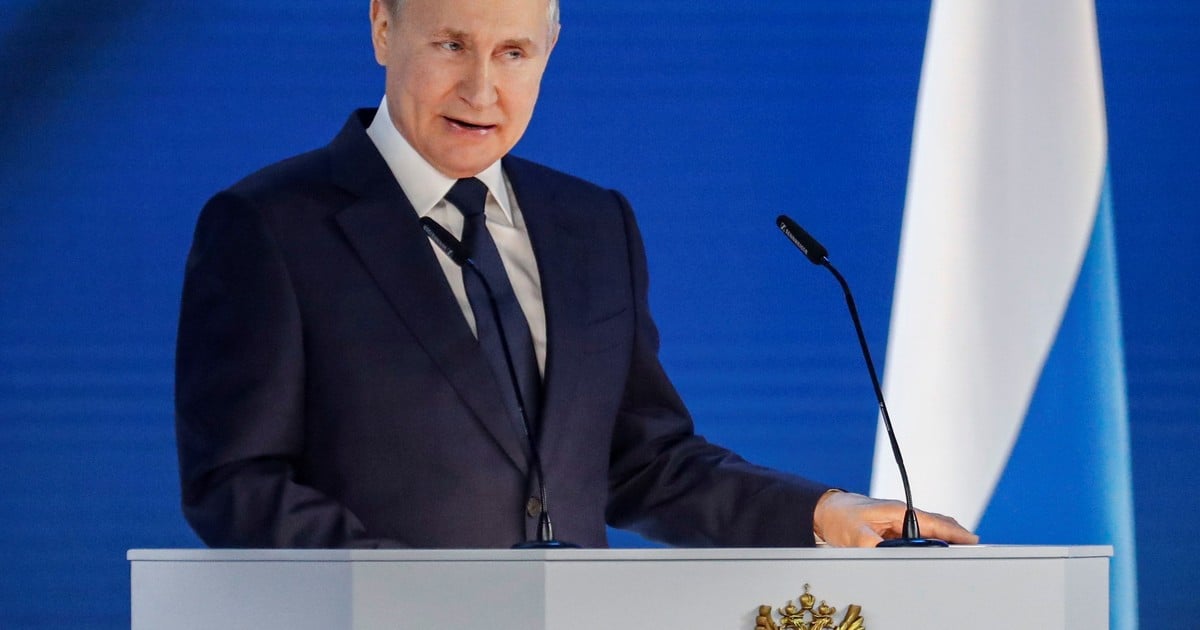 “Don’t cross the red line” with Russia. That was the threat of Russian President Vladimir Putin to the West this Wednesday, in his annual address to the Nation before both houses of Parliament.

The warning came amid heightened tension with the West over Ukraine and the critical health of his political rival, prisoner and ailing, Alexei Navalny.

“The use of unjust sanctions is turning into something more dangerous: an attempted coup in Belarus,” Putin threatened again.

Of plots and blows

“The use of unjust sanctions is becoming more dangerous,” Putin said. Photo: EFE

On April 17, the Belarusian authorities announced that they had thwarted a plot backed by the United States for murder to President Lukashenko. They said Russia’s FSB security service had helped them defeat the coup attempt.

The claim was dismissed by the Belarusian opposition leader in exile, Svetlana Tikhanovskaya, as a “provocation”.

“Globally, we behave prudently and modestly, often even without responding to unfriendly actions or even blatant rudeness,” the Russian president declared.

But in a warning to those who take his “good intentions as a weakness”, Putin said he hoped “no one has the idea of ​​crossing a red line with Russia.”

Putin: “let no one have the idea of ​​crossing a red line with Russia.” Photo: EFE

“We will decide ourselves where does it go (that line)“, he declared, alluding to his multiple verbal crossings with the western powers, but without providing further details.

The “sport” of attacking Russia

According to Putin, for some countries, “attacking Russia for anything has become some kind of sport! “.

However, he did not expressly refer to the issues facing his country with the United States and the European Union (EU).

Nor did he say anything about the state of health Navalny, imprisoned and – according to those close to him – very weak after three weeks on a hunger strike.

Nor did he mention the deployment of tens of thousands of Russian troops on the border with Ukraine or the accusations of espionage and electoral interference in the United States.