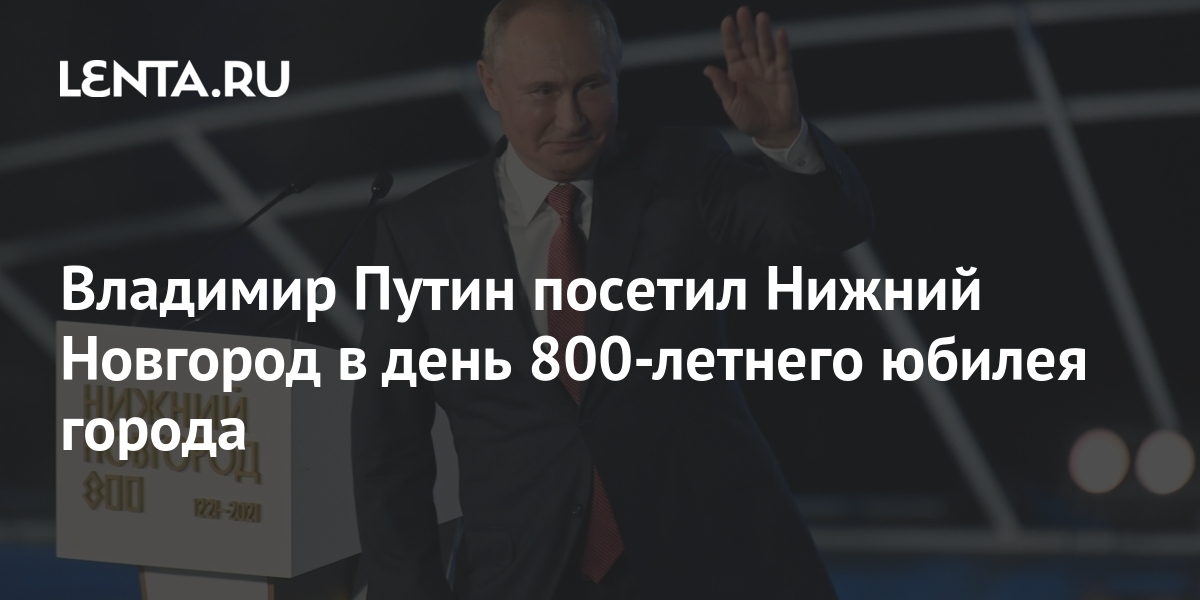 Russian President Vladimir Putin visited Nizhny Novgorod on the city’s 800th anniversary and congratulated its residents on the holiday. It is reported by RIA News…

During his speech at the festive concert, the President noted that it is in Nizhny Novgorod that the “cultural code, national identity, as well as the power and scope” of the Russian people are concentrated. According to him, this is embodied in ancient temples, spiritual shrines, the Nizhny Novgorod Kremlin, the Oka and Volga rivers, as well as modern factories. In addition, this city hosts ancient trade routes and transport routes that connect the whole of Eurasia.

The bottom, as it is affectionately and warmly called, holds the key to understanding the breadth of the soul, faith and unyielding will of our people, their desire for creation and cooperation.

During the visit, Vladimir Putin assessed the results of the reconstruction of the Nizhny Novgorod Kremlin. It is noted that it has become the largest in 50 years. In addition, the President toured the Switzerland recreation park in the Prioksky region.

As the head of state said, in the future, the regional leadership plans to build an Ice Palace and a student campus, as well as create a modern public space. In addition, in Nizhny Novgorod there will be new transport hubs, metro stations, backup avenues Gagarin and Lenin.

With no beginning or end

In Russia, the Soviet dream of a high-speed railway is being revived. Why is it needed?

In addition, the President met with the Governor of the Nizhny Novgorod Region Gleb Nikitin. He invited the president to celebrate the city’s anniversary back in November last year.

During the meeting, the Governor reminded the President of the megaproject of the high-speed railroad (HSR) Moscow – Nizhny Novgorod. He noted that a lot of work had been done on the project, and expressed hope that the issue with him “will someday be resolved.” According to Nikitin, after the launch of the highway from Nizhny Novgorod to Moscow, it will be possible to get there in two hours.

In turn, Vladimir Putin noted that this project could “kill planes.” Despite this, he said that it could be retained, taking into account the decisions made on the financing of individual projects.

In January 2020, the head of Russian Railways Oleg Belozerov said that the HSR from St. Petersburg to Nizhny Novgorod should be completed by 2026. According to him, the speed of trains on the new route will be 350-380 kilometers per hour, but the infrastructure will be designed for 400 kilometers per hour. The Moscow – Nizhny Novgorod section was planned to be launched by 2024.