VkusVill chain of stores apologized for advertising with an LGBT couple 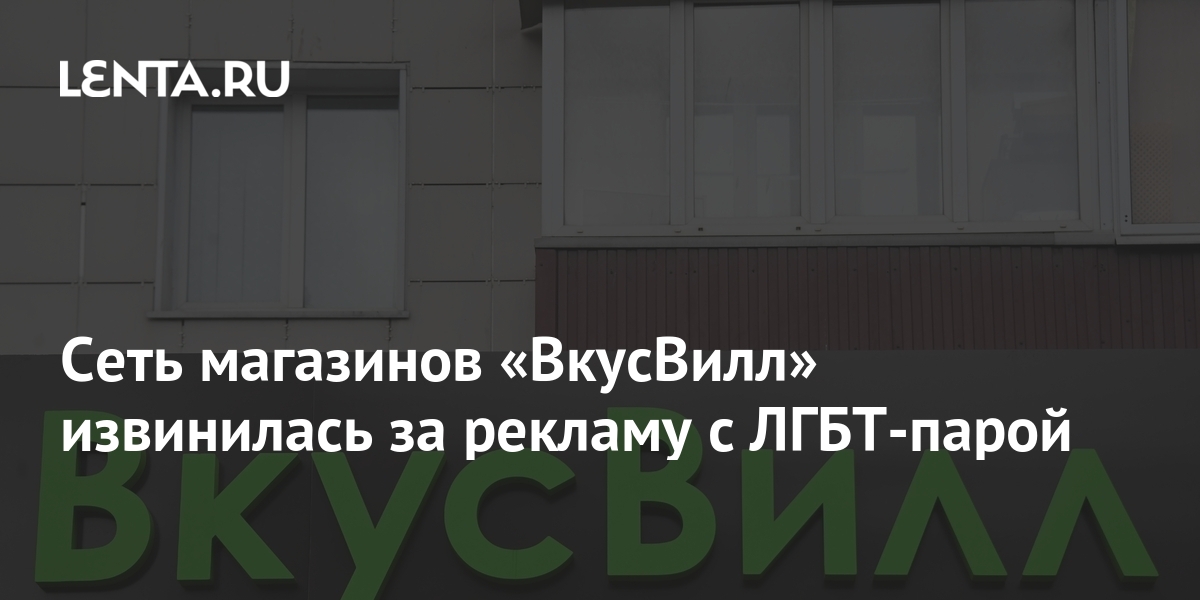 The VkusVill health food chain has apologized for advertising with an LGBT couple. The relevant post was published on the company’s Facebook page.

We consider this publication our mistake, which became a manifestation of the unprofessionalism of individual employees.

In “VkusVilla” noted that they consider it “the goal to enable customers to receive fresh and tasty products on a daily basis, and not to publish articles that reflect any political or social views.”

On June 30, a scandalous photo appeared on the retailer’s website dedicated to customer stories and on social media. The picture showed a family of four women: a lesbian couple, one of the girls’ sister and her mother. Many buyers have called for a boycott of the brand and have promised to complain about the propaganda of homosexuality to the “competent authorities.” Also “VkusVill” reported thousands of threats received by the company representatives and the heroines of the material.

This link was later unavailable and was replaced by an apology post. This caused the same violent reaction from the Internet community, but from the other side. Now people of liberal views began to call for a boycott of the network, while some comments spoke of “fascists”, “victorious cattle”, “caved in” VkusVille, and the company’s desire to go bankrupt was also popular.

It is not known about the reaction of the LGBT family participating in the filming to the scandal.

On July 1, the scandal of the hotel owner in Anapa, who was outraged by the guests’ request to remove the room, was caught on video. It is known that the guests noticed wool and sand in their room and asked the owner of the hotel to clean up, but received her violent reaction and insults in response. Later, the woman apologized to the residents of Anapa and the guests, attributing her behavior to fatigue. She later explained her behavior with hatred of LGBT communities. The owner of the hotel said that she went into the room to the guests to clean up, and found two girls kissing on the bed. “As a citizen of the Russian Federation, I do not accept LGBT people,” she said on camera.

In 2020, Russian President Vladimir Putin was told about the dangers of a rainbow on ice cream packaging due to LGBT propaganda. At a meeting with a working group on amendments to the Constitution, Ekaterina Lakhova, a representative of the Union of Women of Russia, asked the president to instruct Roskomnadzor to establish control over LGBT propaganda in advertising. “We have billboards with rainbow, beautiful colors. It seems to be imperceptible, with beautiful words. Or they advertise an ice cream called “Rainbow”. This is indirect, but it makes children get used to that color, ”she complained.

In 2017, businessman German Sterligov fired a saleswoman for giving a drink to “pidaras” who entered a store on Vyatka. The owner of the establishment called the woman scum and filthy bastard and threatened other subordinates who would support their former colleague and kick them out. On what grounds he “figured out” a gay, it was not specified.