VIP vaccination: Alberto Fernández blamed the media and the opposition criticized his calling the complaints ‘antics’ 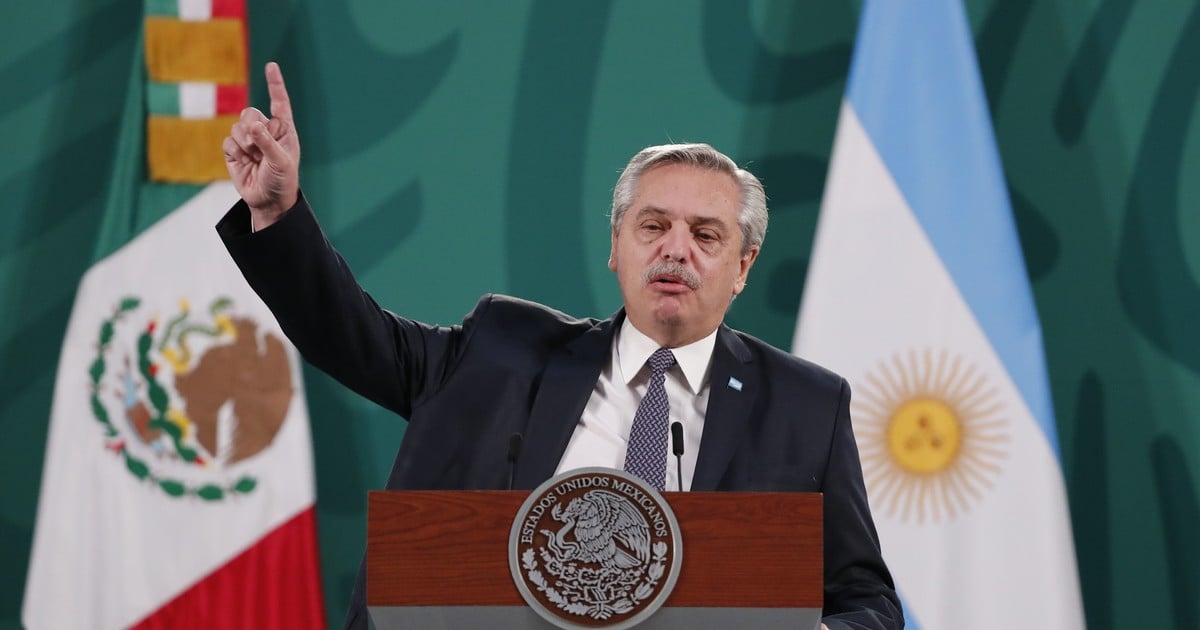 With his public approval in decline after the scandal over the VIP vaccination, Alberto Fernández tried an unusual explanation this Tuesday and again pointed to the media for the scandal that shook the Ministry of Health and led to the departure of Ginés González García.

From Mexico and accompanied by local president Andrés López Obrador, the President pointed out that the protocols were skipped because “They wrote in their diaries that we were poisoning people”, in reference to the journalists who participated in the press conference, which resulted in a strong repudiation of leaders and references from the entire opposition arc.

“Some protocols were skipped for reasons of strategic activity that people carried out. And some protocols were skipped because in their newspapers they wrote that we were poisoning people and they give a lot of echo to the nonsense that the opposition said. But even so I said ‘put all the names’ and those names were known yesterday, without anyone asking us, “said the president, after which he called the complaints about the VIP vaccination” antics “.

The opposition’s response, of course, was not long in coming. One of the first to come out to the crossing was Mario Negri, who via Twitter remarked that “the President should be the first to ask Justice to investigate to the bone.”

“The lack of vaccines is a problem, but public immorality is intolerable and the Government does not acknowledge receipt. Mr. President: do not ask for impunity, do not try to cover the sun with your hand,” continued the UCR deputy.

The President should be the first to ask Justice to investigate to the bone.
The lack of vaccines is a problem, but public immorality is intolerable and the Government does not acknowledge receipt.
Mr. President: do not ask for impunity, do not try to cover the sun with your hand. pic.twitter.com/kPxiImRRSM

Meanwhile, the deputy Juan Manuel López expressed himself along the same lines and compared him with the Venezuelan dictator Nicolás Maduro. “The President confesses the privilege and even the crime, but blames the opposition and the press. Any similarity with Nicolás Maduro is pure coincidence.”

The President confesses the privilege and even the crime, but blames the opposition and the press. Any similarity to Nicolás Maduro is purely coincidental. pic.twitter.com/W39wT2gNUT

Another legislator who came out to meet the president was Maximiliano Ferraro, who clearly denied that it was a “clown.”

“It’s not a clown. It is not an invention. By their own banality and by appropriating the public, they dropped the narrative they wanted to turn into a great epic tale of vaccination. The truth is that they can no longer hide what is scandalizing. It is not only the VIP vaccination in different places, but also the partisan use that they deployed throughout the country “, he wielded.

For his part, legislator Hernán Reyes said: “A the champions of equal opportunities the last mask fell off. They are out of touch with reality, they have no idea of ​​the outrage that there is to share the vaccine among them. They do not distinguish between what is right and what is wrong. ”

The former minister of Agroindustry, Ricardo Buryaile, asked himself: “If this is a joke, why did he throw Ginés out?”

While the radical deputy Luis Petri spoke of “authority abuse” From her Twitter account, Tucuman senator Silvia Elías de Pérez pointed against Santiago Cafiero after defending the vaccination of Carlos Zannini and Martín Guzmán, among other officials.

President @alferdez says it is not a crime to sneak in line to get vaccinated.
The crime was committed by public officials who provided the vaccine and mounted a #vaccination, is called abuse of authority and violation of the duties of a public official, Art. 248.

“They don’t take care of anything. The level of caradurismo of Kirchnerism is expressed in the statements of @SantiCafiero. They stole vaccines from doctors and grandparents, “he concluded.

The senator Luis Naidenoff went for more and asked that “the resignation of all who participated in this scam to society.”

Why did the Minister of Finance refuse to lower the VAT on electricity in January after prices reached an all-time high? An EXPLAINER on VAT electricity and gas rates in Spain, the UK and the EU – Olive Press News Spain