VIP vaccination: After the scandal, Horacio Verbitsky, Eduardo Valdés and Jorge Taiana did not receive the second dose 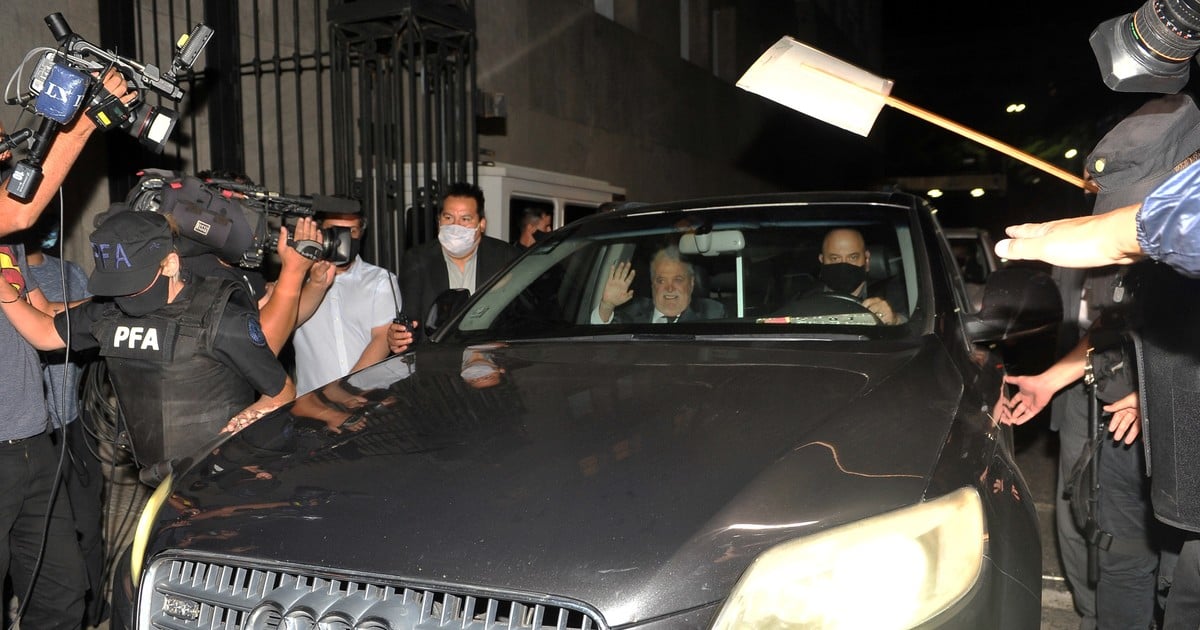 None of the ten vaccinated in the operation mounted on the second floor of the Ministry of Health a month ago, which plunged the Government into its greatest political crisis, received the second dose.

The information, verified in the Federal Register of Nominal Vaccination (NOMIVAC), was confirmed to this newspaper by sources from the Ministry of Health, who avoided answering if it was an official directive after the scandal unleashed as a result of the publication of Clarion and the revelation of the journalist Horacio Verbitsky, one of the ten vaccinated in the operation carried out on Thursday, February 18 in the Health building.

“They did not show up, they did not call and nobody warned anything”, sources from the ministry on which the Posadas Hospital depends, trusted, from where the doses and the personnel to carry out the inoculation came, which included, in addition to Verbitsky, businessman Florencio Aldrey Iglesias and part of his family, legislators Jorge Taiana and Eduardo Valdés , and relatives and friends of Ginés González García and his or her environment. Due to the scandal, the former minister and part of his intimate nucleus had to leave their positions.

A good part of those immunized had a turn to get vaccinated last Friday. It was none. Verbitsky did not answer this newspaper’s query.

According to sources, at least Senator Taiana and Deputy Valdés, two of those vaccinated that Thursday in the VIP operation, had privately expressed their refusal to receive the second dose of Sputnik V, as a sign of redemption. Thus it emerged from the environment of the legislators, that their cases were barely known, in the previous one of the presidential tour of Mexico, they were taken off the plane by decision of Alberto Fernández himself. Both Valdés and Taiana had explained their vaccination due to the imminence of that trip, and at the request of the Casa Rosada. The problem is that they did it in the anteroom of González García’s office.

Collaborators of both indicated that they will not access the complete inoculation until all risk personnel are vaccinated, a distant objective for now and given the shortage of doses – especially the latter – that is beginning to worry the political authorities.

Until this Wednesday, just over 2.1 million people had been vaccinated throughout the country with the first dose and only 497,987 with the second, according to the public monitor of the Ministry of Health. And 3.8 million doses had been distributed.

It was Hilda “Chiche” González de Duhalde the one who in the last hours had said that he had not been able to access the complete inoculation. “It has been a long time since the first dose, I think I wasted time, they have not given me the second dose. I do not know what the maximum term is,” said the former senator who was vaccinated together with former president Eduardo Duhalde and two of his daughters.

The Duhalde case was even more serious than the operation in the Ministry of Health: they were immunized by delivery, in the family home, a logistics commanded by Alejandro Salvador Costa, Undersecretary of Health Strategies. Costa remains in office.

Beyond the scandal over the VIP vaccination, the debate, not only at the local level, has happened in recent weeks about the possibility of applying only one dose or deferring the second, in the face of a vaccine shortage scenario and a pandemic that does not gives truce, especially in the region.

They even analyze it in the province of Buenos Aires. The minister Carla vizzotti He has even given his opinion on the idea of ​​opting for the single dose. “It is clear that the best thing for an individual person is to receive the complete scheme, but if it is obtained that more people have even a single dose, there is a sanitary benefit”, declared after an exchange of experiences with the United Kingdom, that decided to defer the second dose due to the serious epidemiological situation in that country.

In the next few hours, the Casa Rosada announced that it is waiting for the flight plan to Moscow for a new Aerolineas Argentinas plane, although they did not confirm the shipment. The Government also released a statement from the Pan American Health Organization (PAHO) in which it recommends the continuity of the application of the AstraZeneca vaccine, after the adverse cases presented in Europe.