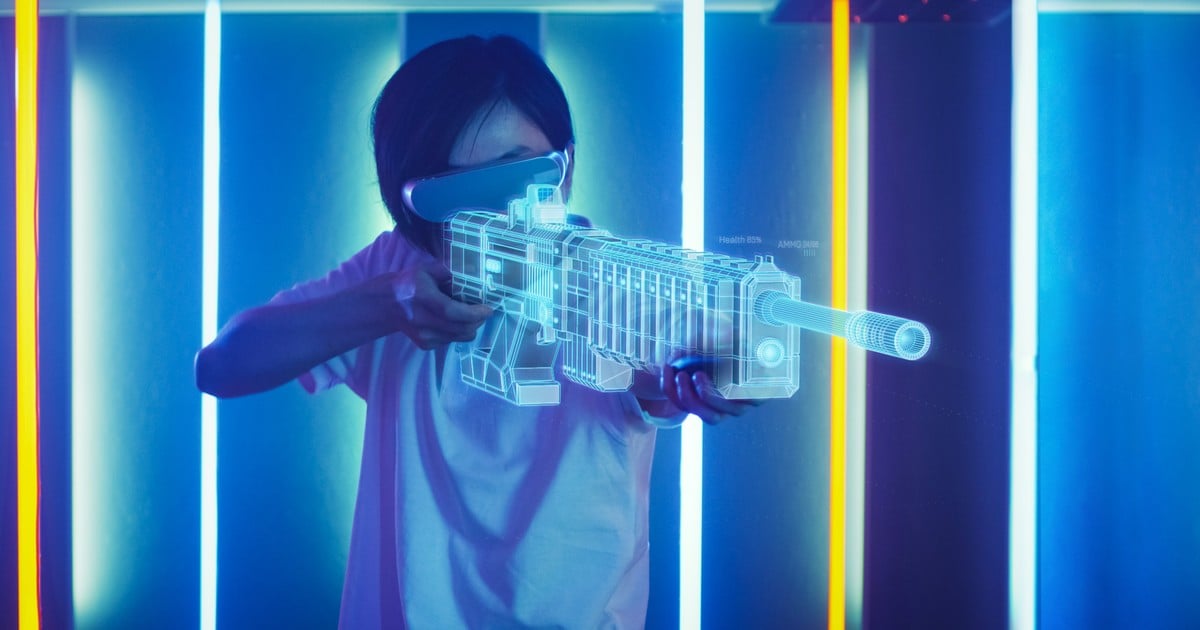 Shooting, weapons, soldiers, battles, blood and enemies. The violent content of some video games invites parents to reflect on the themes and objectives they offer and whether or not they are appropriate for boys and girls.

Although video games are classified according to parameters such as the recommended age of users, as with other platforms, it is not a requirement that is always met. Fortnite, for example, it is for people over 13 years old; Call of duty, for people over 18. However, younger boys and girls access them easily.

German Beneditto, a psychologist specializing in technoaddictions, educational technology and videogames (on Instagram, @tecnoterapia), explained to Clarion that exposure to this type of video game “can have a negative impact on boys and girls, since they are in a stage of development” where they build their identity and its links, knowing and learning about the environment and discovering the differences between the inside and the outside.

“If we have a boy or a girl who is exposed to this content, the issue is how they are going to decode that violent content,” he added.

This type of video game “can have a negative impact on children,” said Beneditto. Photo illustration Shutterstock.

“The problem with boys playing these video games is that it generates desensitizationIt is like violence is absolutely naturalized, they take it as something normal, “said the psychologist. Laura Jurkowski, specialist in addiction to technology and director of the Reconnect Center. This, in addition, many times “generates many fears and terrors,” he said.

When they grow up, the approach is different. “In the case of adolescents there is a clearer differentiation of the inside and the outside, of the limits. In that case they can play a game and go into an ‘as if’, ‘pretend that’ and enjoy the immersive experience that the game offers them. The adolescent will be clearer that it is a game”, Clarified Beneditto.

“It is extremely important to be able to set limits and, depending on age, see what kind of games kids play,” recommended Jurkowski (on Instagram, @laujurko). At the same time, he urged that age classification be taken into account before sons and daughters engage with a title that might not be appropriate for their age.

Setting limits is essential when talking about games and screens. Photo illustration Shutterstock.

Beyond the interaction between peers that may be generated, the specialist discouraged the use of video games with such a load of aggressiveness. “Access certain types of games ultraviolent It is not advisable even if the boys’ friends play this game. Can’t access everything, really there are games boys shouldn’t play“, he claimed.

For this refusal to be understood by the true stakeholders, the specialist mentioned that “it is essential to maintain an open dialogue with the boys.” Thus, without punishment or threatening tones, he suggested talking about the risks and what is recommended and what not within the virtual world, as well as stating that there will always be a channel available if questions or difficulties arise as a result of the game.

Nacho He is thirteen years old and, for approximately two years, has played, among others, Fortnite and Apex legends. “His friends meet and interact in those games,” said his mother, while clarifying that she does not like to be entertained in that way. In any case, the use of devices for this type of activity is limited and, as he said Clarisa, always try to encourage him to explore other options.

At one time, he commented, he noticed behaviors where the child imitated certain attitudes of the game: “I approached it a lot from speech, from reflection,” he recalled. At that time, he added, he bet on communication and “to channel all that, he found accompaniment in music and in his art activities.”

Some families choose to allow these video games as a mode of interaction. Photo illustration Shutterstock.

At seven, Emiliano you are not yet allowed to download Fortnite on your tablet. Having his own device was a consequence of the coronavirus pandemic, when the virtual classes they were protagonists and their parents used the computers available to work. “We give in on a lot of issues. The time of use, access to paid accessories for some games, but we did not deliver this battle “, he said. Liliana, mother of the child.

The boy’s insistence is based on the fact that other boys in the grade play Fortnite together. “Each family decides on their children while they are young”, His mother tries to explain to him, in total disagreement with the violence shown by these games.

Suggestions for the whole family

“The video game is here to stay: it is and it exists. What to do is integrate it in a healthy way so that it is another recreational space that accompanies the children in the development of their lives and their personalities ”, assured Beneditto while detailing his recommendations:

The screens must have a limited time of use in boys and girls. Photo illustration Shutterstock.

For her part, Laura Jurkowski offered her suggestions regarding the use of screens and video games: