Violence in the United States: the state of Texas authorizes people to carry a weapon in public without permission 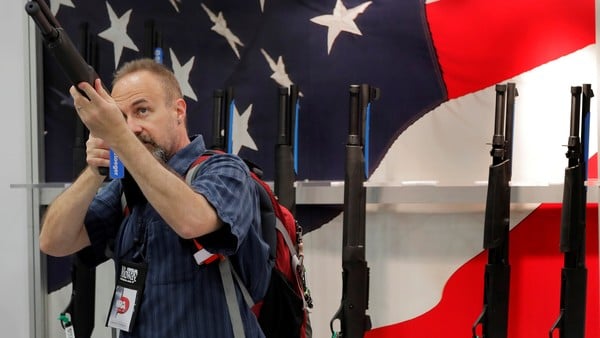 Governor Greg Abbott signed a law allowing Texans to carrying firearms in public without permits, in the latest in a series of moves to expand gun rights in conservative US states.

The legislation, which passed last month in the Republican-dominated state Senate and House of Representatives, will allow anyone over the age of 21 who is not prohibited from owning a firearm. I can wear it in public without permits.

He argues that both the United States and Texas Constitutions allow citizens to carry arms and that therefore there must be fewer impediments to doing so.

The law will go into effect on September 1 and Abbott is expected to preside at a signing ceremony Thursday, according to the Texas Tribune.

“This is something that have adopted another 20 states and it’s time for Texas to adopt it too, “Abbott had told WBAP radio station about the law in April.

But his opponents, including Democrats in and out of the state, say lax rules on guns they can lead to further violence.

The representative of Texas in Washington, Veronica Escobar, assured in a tweet this Wednesday that by signing the law, Abbott “chose to betray the victims of armed violence “.

A recent survey by the University of Texas and local media The Texas Tribune indicated that 59% of Texans rejects the free carrying of weapons without a license, while only 34% support it.

“Despite overwhelming support for commonsense laws to prevent gun violence, such as universal background checks, Texas Republicans, led by a cowardly governor, are more interested in gain the attention of the arms lobby than to prevent violence, “Escobar said.

According to a database compiled by The Associated Press, USA Today, and Northeastern University, only three mass shootings occurred in public spaces – the lowest number for that category in a decade – of a total of 19 mass shootings in 2020.

The database tracks all mass murders that include shootings, which are defined as those that cause death. at least four people, not including the perpetrator.

According to that definition, this year in advance there have been 17 mass murders, 16 of them shootings, said James Alan Fox, a criminologist and professor at Northeastern University.