Violence and gangs in Venezuela: in Caracas, the truce is made on a basketball court 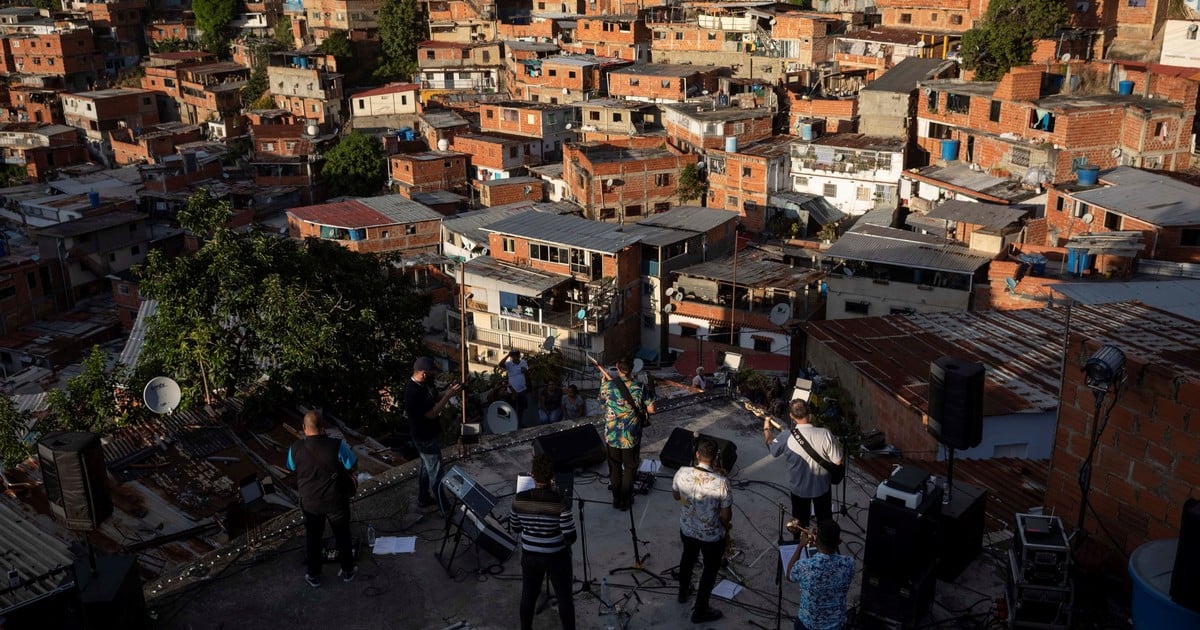 They do not wave white flags, but everyone knows it, the field is respected. In the popular neighborhoods of Caracas, where life runs between hills that seem to want to flee from the city they are looking at, violence is an everyday landscape, one more subject in the streets that, however, does not have access to the basketball court, the oasis, a no man’s land and for everyone in the capital of Venezuela.

Or said in the language of the neighborhood: “For crime this is a taboo, they respect the spaceFrom that door to the inside, it is null. “

And not just anyone says it, Juan Toro explains it. But if they ask, hardly anyone will recognize you by that name. In Catia, the huge neighborhood that marks the western limit of Caracas, this coach who already points out veteran ways is “Snow White.”

It is, although his hands has little Disney appearance and skin tone is Shaquille O’Neal.

“Snow White” is a legend in Los Magallanes, one of the sectors of Catia whose borders with the neighboring neighborhood do not exist -almost- not even on the maps of those who design the city.

“There has never been a shooting or anything on the court here,” says “Snow White” about her oasis, the field and school from which it took its name.

Behind him, on a bench, a graffiti on the already peeling wall reminds that they do not put their feet there. Next to it, at the scorer’s table, it is forbidden to sit. Ahead, on the track, a hundred boys (and girls) they play, have fun and learn values ​​in a safe space.

“Here respect is earnedRespect is not bought “, explains the coach and adds:” They already know. “

The rules that govern Los Magallanes may seem devious to the outsider but they are clear to the resident. They can be plagued with taboos on streets that wind through the hill between self-built houses, roads with little asphalt and noise from motorcycles. Motorcycles at all hours.

“Many who are in crime (say): ‘that is the court of Professor Snow White and Omar, they are doing something for the community ‘“, Explain.

Always something is told and something is silent, the omission counts as much as the words that are exposed. Maybe that’s why he adds: “It’s not that we have it all good.”

Behind his back, a mixed match is played and, perhaps, dreams of emulating the heroes while they enjoy a space of freedom.

De Catia is also Johnderwin Zambrano, tall and with the appearance of an athlete at 23 years old. He has forged himself by shooting the hoop and works with the NGO Caracas Mi Convive, focused on reducing violence.

Can basketball save people’s lives? “Yes, because he did it with me”, assures Efe.

“I saw, when I was a kid (boy), how teammates on the pitch we shared (…) but outside we were other people. Outside, the same teammates, They sold drugs or consumed them in the stands“, Explain.

And he continues: “I saw the deterioration, I had colleagues who were super talented at a sports level but who never had a chance.” Many of them are gone.

Now he works with an organization that has identified that “violence is concentrated in few places and it is exercised by few people “.

This is how they have done on the court of Mamera II, which today looks so resplendent, in the middle of the neighborhood, which is hard to imagine that it was a kind of public bath and drug use area.

The defeat of leisure

Life begins on the court, but it doesn’t end on the court. It is told by Omar Solórzano, partner of “Snow White” and coach for 25 years, “discipline comes first”, the key to get away from the cursed word in these streets, “leisure”.

“Leisure brings nothing goodAfter a child studies, he arrives and has nothing to do, he goes to the streets, he finds himself with friends and not everyone has the same initiative, “he explains.

The temptation, the one that also has the form of taboo although it has a thousand names, is the most dangerous and the one that is redirected on the court. “That,” Solórzano continues, “is our job, try to stop the world from eating them“.

“I would not like to say things because they are painful. Just as some have gone out and you have led them to succeed, others have not had the same luck and today, physically, they are not there, “he adds, almost counting the words.

They are the evils of “leisure” and he has a lesson left, the one that says that “in the life of the coach you learn more from defeats than from victories.” So in life as in basketball.