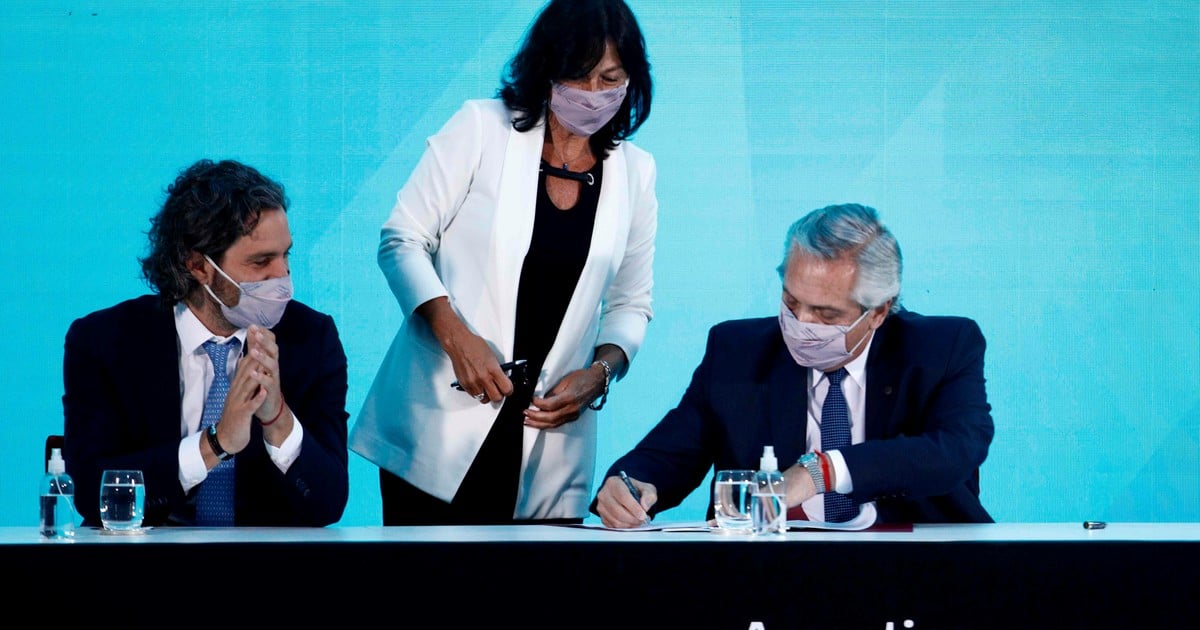 Vilma Ibarra, Legal and Technical Secretary of the Presidency, assured this Thursday, after Alberto Fernández announced new restrictions due to the coronavirus, that there is no “curfew” in the country, but detailed what will happen if the measure of not circulating between 0 and 6 in the morning is violated.

“We cannot create any penal norm by Decree of Necessity and Urgency. But if someone circulates at a time that is not allowed, a prosecutor will be intervened or not depending on the case, “the official said in dialogue with Radio with you.

In turn, he affirmed that the measure of not allowing circulation during the night except for those who are exempted from doing so, is not a “curfew.”

The President announced on Wednesday night a series of measures to try to stop the circulation of the coronavirus throughout the national territory, within the so-called second wave. Among them, in addition to the restriction to circulate between midnight and 6 in the morning, are the suspension of social activities in private homes and the closure of bars and restaurants from 11 p.m.

“We have spoken with all jurisdictions to maximize the controls of the protocols. The correct use of the chinstrap and ventilation are the central issues that will define this,” said Ibarra. And he detailed each of those measures.

Regarding what happens in private homes, he warned that “they are the most complex places for control” and that is why they restricted “family and social gatherings, except for those who need assistance or exceptional cases” throughout the day in the places of high epidemiological risk. The City of Buenos Aires and a good part of Greater Buenos Aires are within that group.

Vilma Ibarra, the Legal and Technical Secretary of the National Presidency, spoke about the measures announced by the President. Photo Fernando de la Orden.

“We are taking very important measures. We suspended group trips throughout the country. In high-risk areas, we suspended social activities, recreational sports in closed spaces of more than ten people, and party rooms, among others,” he added.

However, he explained that the outdoor activities that already had protocols will continue with this dynamic. “The gyms continue to function as they came, at 30 percent of capacity and with protocols. The same cinemas, theaters, clubs and cultural centers. Public transport remains as it was“, he detailed.

For his part, he said that domestic tourism will be allowed on buses “only with cross ventilation” and that “everything is maintained in the open air with its protocols.”

“They are very focused restrictions, everything continues to work”, clarified in the Ernesto Tenembaum program. The measures will be in effect from 0 am this Friday until April 30.

Finally, he stressed that they are not thinking “only about measures but about vaccines”, that the government is “optimistic about the vaccination campaign” and that they are betting on that and “not on increasingly harsh restrictions.”

Judicial sanctions for those who violate the decree

Stronger regarding what will happen to those who violate the new decree was Eduardo Villalba, Secretary of National Security. In dialogue with Futurock, the official warned that there will be judicial sanctions for those who do not adapt to the new regulations.

“The modality is very similar to what was seen last year. In the case of those who are violating this restriction there will be the same sanction, the same procedure by the federal forces and will have the same complications that they had“, he assured.

During 2020, judicial sanctions were applied to all those that the security forces found violating social, preventive and compulsory isolation, as Villaba now promises.

Samsung’s EVO SSDs are dropping in price this week

Manizha explained her right to be called a Russian woman