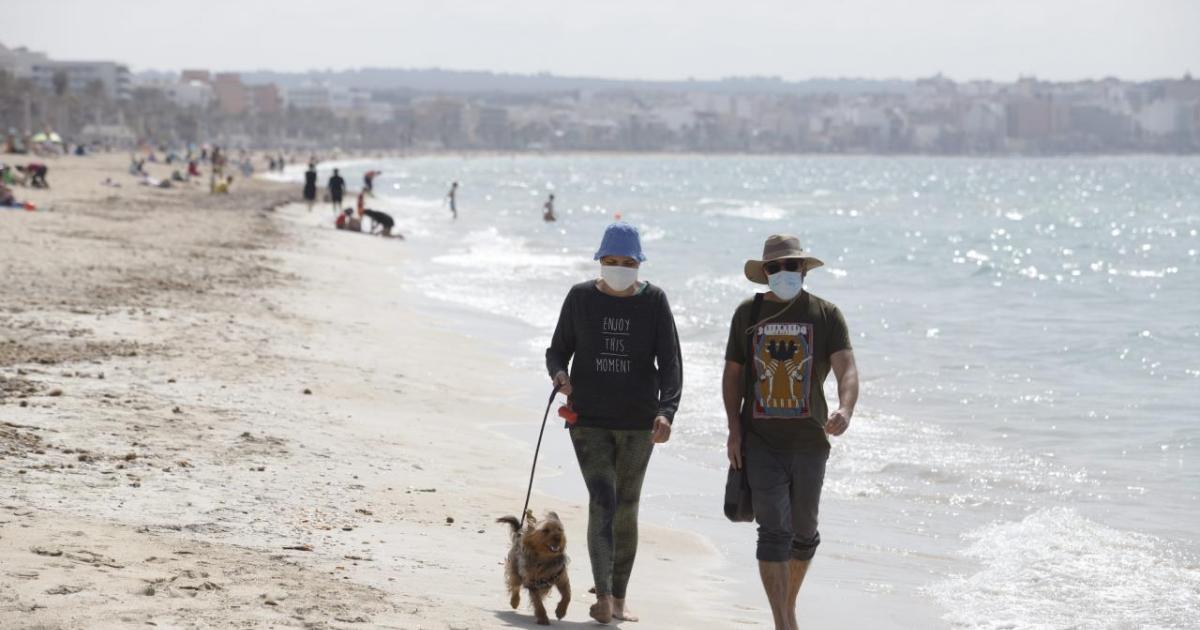 Mallorca is open for business; the majority of restrictions have been scrapped but there is a quietness about the island which is usually uncommon at this time of the year. It is as if the party hasn’t started yet and no-one is too sure when it is going to start. I headed to one of the beaches in Calvia on Sunday, under normal circumstances it would have been packed but not on Sunday.

There were some tourists but the majority of people are local residents. The big question in Calvia is obviously when the Brits will start to arrive … Some hotels which are usually fully booked with British tourists have started to welcome other nationalities. But still the island is quiet. I walked up the Jaime III on Saturday afternoon, it was empty.

The excuse was that everyone has gone to the beach but the truth is that the tourists are simply not about. An estimated 70 percent of shop takings in Palma during the summer are from tourists. The High street is obviously suffering. This will not be the summer when tourism to Mallorca will recover its 2019 levels.

We are going to have to wait another year. Yes, we can be optimistic and yes hopefully the holiday season will last longer than usual. But unless there is a last minute miracle this will be another holiday season to forget. Yes, people are trying to be upbeat but time is running out. Even if British tourists start to arrive in July, it will be a short season with schools returning in early September.