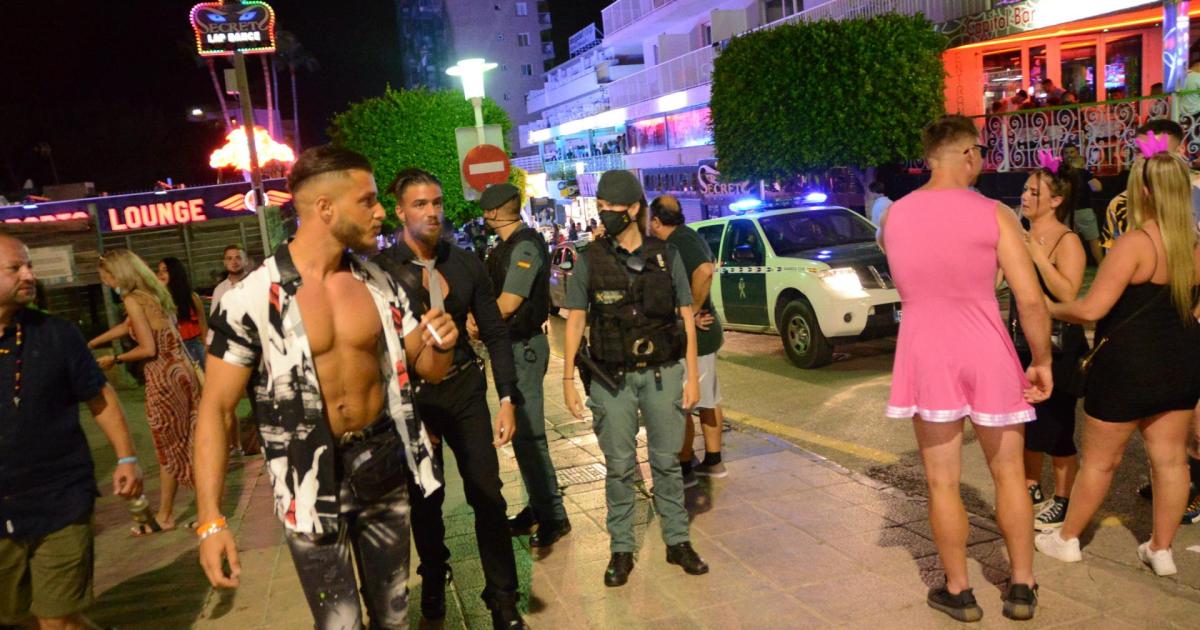 The Guardia Civil’s GRS is the Reserve and Security Group. An elite unit, its main function is to guarantee public order in situations classified as delicate. On Saturday, officers from the GRS in Madrid were deployed in Magalluf. It was the first Saturday following the placing of Mallorca on the UK’s green watch list.

British holidaymakers had arrived, and all eyes were trained on Magalluf’s Punta Ballena – all eyes and all security.

Armed with submachine guns, the GRS unit was part of what was a heavy police presence. This was a show of force including GRS officers who, one guesses, are among the additional 300 Guardia Civil and National Police officers now in the Balearics for ‘Operation Summer’.

Over the years, there have been plenty of calls for more police in Magalluf. These calls have come from different sources and for different reasons – businesses, workers, residents and tourists wanting control, wanting an end to drug-dealing, wanting an end to the mugging prostitutes.

Maybe the police presence is now as it should be, but oh that it should have come to this – the GRS, about whom we hear most when there are major drugs operations.

Punta Ballena has become as much of a political strip as it has ever been a party strip. Excesses will not be allowed. Fine, but what about other excesses? It’s not lost on me that there were complaints about police passivity with the Spanish students, and now we have Magalluf – armed to the teeth.