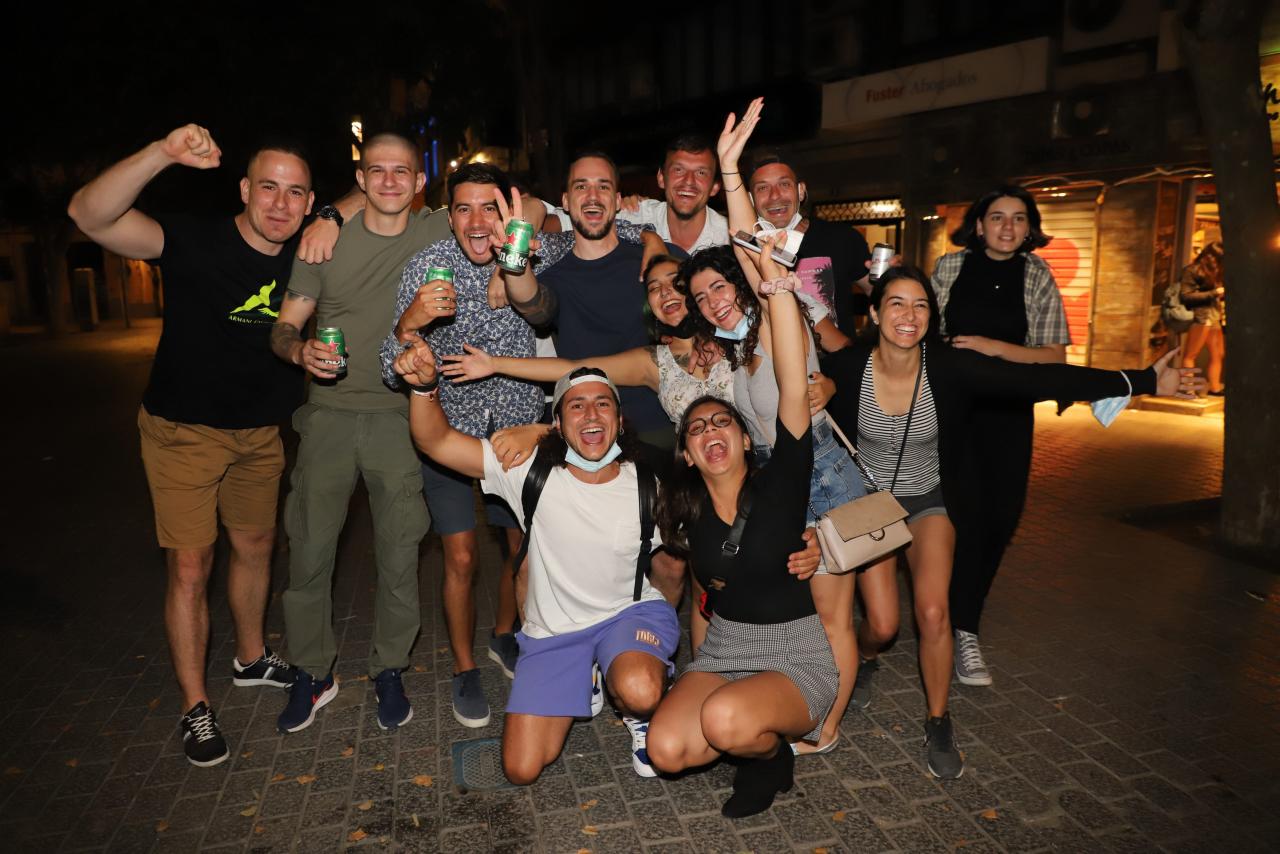 Magalluf may well have been closed down last summer to bring an abrupt end to antisocial behavior and cheap excess drinking but while the resort remains a ghost town, the Playa de Palma and other areas of Mallorca erupted on Thursday night when the curfew was lifted and bar restrictions were slightly eased.

The main hot spot was the Playa de Palma, parts of which were closed last year for similar reasons to Magalluf, but with so few tourists about, who is causing all the problems?
After years of pointing the fingers at foreign tourists for resort unruliness, it would appear that the locals have taken their place.

A number of illegal street parties known as “Botellons” involving over 100 people were shutdown by the police in the early hours of yesterday morning when thousands of people took to the streets to celebrate the end of the curfew and party.

The Balearic government is, needless to say, not impressed and no doubt slightly embarrassed considering the hard time it has given British and German tourists over the past few years.

While the local authorities legally challenge the lifting of the curfew, it is not going to stop the party and ironically, images of hundreds of people dancing and drinking in the streets may put foreign visitors from coming. What goes around, you eat around.