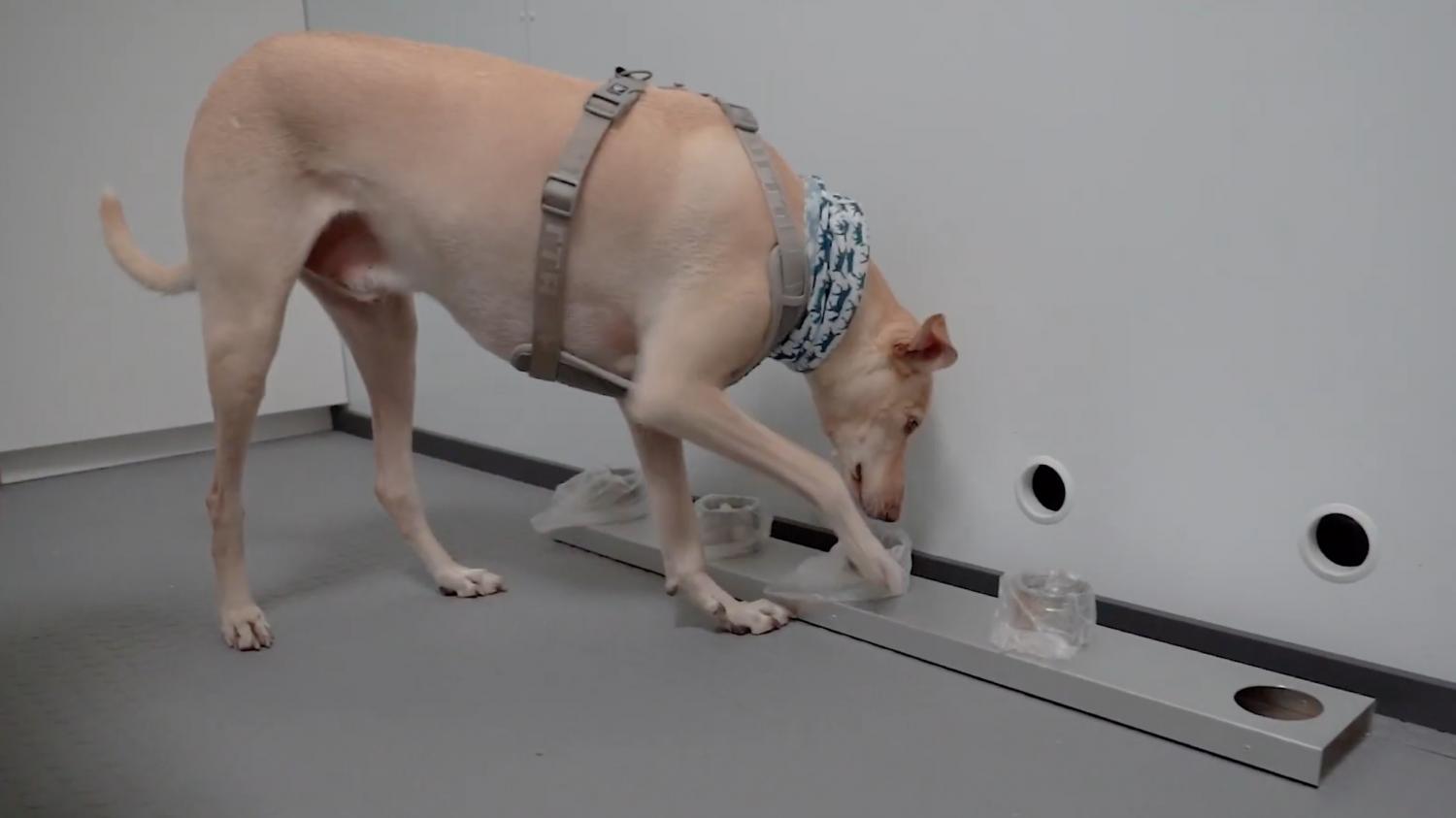 Screening for Covid-19 has become their mission. Several dogs have been trained in recent months to detect the disease as part of the Nosaïs-Covid-19 project, initiated by Professor Dominique Grandjean, teacher-researcher at the National Veterinary School of Alfort, in Maisons-Alfort (Val- de-Marne). The trial is considered promising and has generated enthusiasm abroad. But he struggles to convince in France.

Already used to detect certain cancers, dogs are able to recognize the scent of an individual infected with Covid-19 by sniffing their perspiration. To prove it, Dominique Grandjean and his team placed sweat samples provided by hospitals in metal cones. With a little practice, dogs will eventually recognize the sweat of a patient infected with Covid-19 and bark or lie down to report it. “We arrive at sensitivity values ​​which, according to the dogs, oscillate between 89 and 99%“, explains Professor Grandjean, who specifies that a dog can be trained in”six to eight weeks“.

The project quickly gained emulation abroad. “More than twenty countries are following us with results that are similar to ours, welcomes Dominique Grandjean, like the United Arab Emirates, which have put in the means and deployed [des chiens] at the three international airports as well as at the border with Saudi Arabia.“A device that is also found in Beirut airport, in Lebanon, or in the halls of Helsinki airport, in Finland.

So what about France, where the project was born? “We have ten operational dogs on the national territory“, explains Professor Grandjean, who says”do not understand“the lack of public authorities’ interest in this matter. “We have something that works, that costs less than other weapons against the epidemic, but we are not trying it”, deplores the scientist, who juggles between training, dog training and writing scientific articles on his project. “The potential is there, but it won’t move until we integrate the dog as a medical device.“, repeats the scientist.

To go further, the Nosaïs project needs in particular to be financed, but also a simplified procedure for obtaining sweat samples taken in hospitals. “In France, we like papers“, grimaces Professor Grandjean. Before detecting the Covid-19 in our stations or our airports, these special dogs could first be useful to the elderly. Several hundred dogs of the Handi’chiens association, which intervenes especially in nursing homes, should “soon to be formed“to this mission, according to Dominique Grandjean.

Covid-19: certificates, shops, curfews … What are the avenues for easing confinement on December 1?