Video: they insulted Patricia Bullrich in the escrache K organized by Fernando Esteche 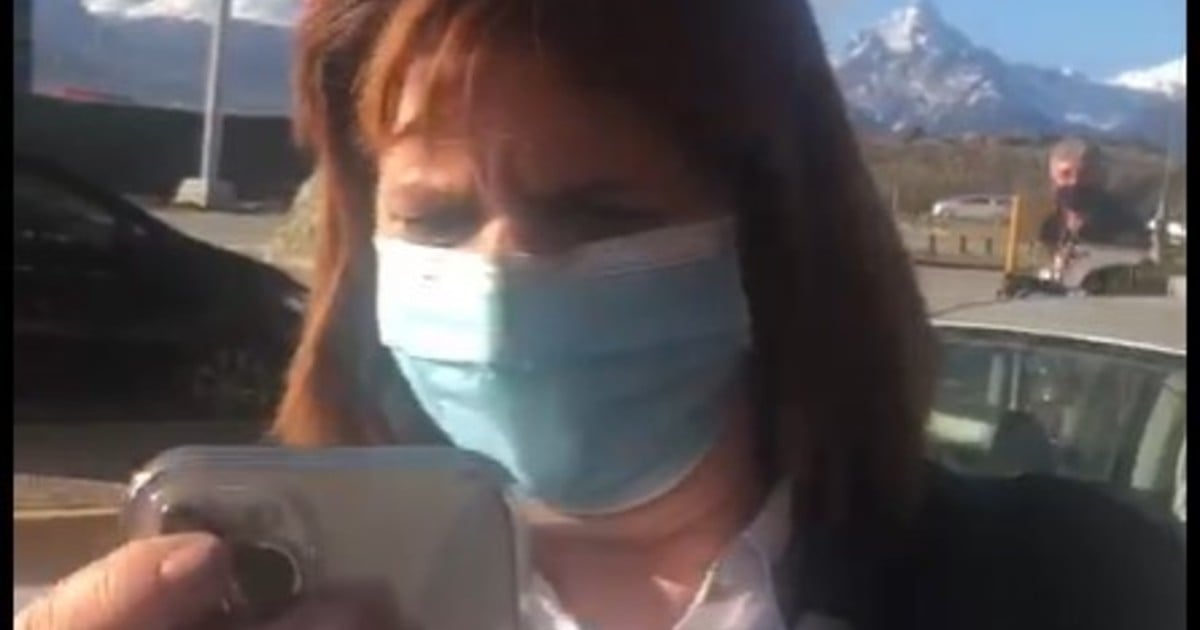 Patricia Bullrich was shot on Thursday by militants close to the piquetero leader Fernando Esteche during his visit to Ushuaia, Tierra del Fuego. The president of the PRO was insulted by a small group of people when he left the door of his hotel.

The violent episode was recorded on video. “Aren’t you ashamed to step on Tierra del Fuego?”Asks a woman while filming the former Minister of Security.

The president of the PRO, while being accompanied by a security agent, also tried to record with her phone to record the uncomfortable moment. “You should be ashamed of yourself”The former government official of Mauricio Macri managed to answer.

“You dishonored our Malvinas heroes”, one of the protesters reproached Bullrich, while others treated her as a “country vendor” and a “sepoy.”

The video was viralized by Esteche himself, who along with the images wrote: “This is how this sepoya arrived in the capital of Malvinas, pointing his phone, threatening, trying to intimidate.”

“In that handful of companions in the capital of the southernmost province, the capital of Malvinas, there was today all the dignity of the Homeland and of the veteran combatants repudiating who wants to exchange our land for vaccines”Added Esteche, who had encouraged the escrache on the networks.

Hours before, the opposition leader had warned that an escrache was being organized against him: “I hold Fernando Esteche publicly responsible for his undemocratic threat. He has already shown that he uses violence against Argentines and wants to reiterate it in my visit to Ushuaia“, published Bullrich this Thursday morning.

The leader of Together for Change had been present in Tierra del Fuego to accompany Héctor “Tito” Stefani and Dalila Nora, pre-candidates for national deputies for that province.

I hold Fernando Esteche publicly responsible for his undemocratic threat. He has already shown that he uses violence against Argentines and wants to reiterate it on my visit to Ushuaia. Ours is a free country and no one will stop our path towards progress and the future. pic.twitter.com/0rda2zt23h

In April, during a television interview, Bullrich referred to the government’s negotiations with the Pfizer laboratory when, in passing, he suggested that, in exchange for the vaccines, he “could have been given the Falkland Islands.”

Bullrich’s statements took place in a context where the Executive Power resumed negotiations with the laboratory to access the coronavirus vaccine that that pharmaceutical company developed together with BioNtech.

The phrase generated a strong controversy and went viral instantly. Foreign Minister Felipe Solá, Daniel Filmus and the Governor of Tierra del Fuego, Antarctica and the South Atlantic Islands, Gustavo Melella, were some of the officials who came out to repudiate her.

So much was the discomfort caused by the opposition leader with her statements that it had to be rectified in their networks.

“Faced with the lies for which vaccines were not bought, I exemplified that the Government said anything: until we could deliver the Falklands or the glaciers. If I expressed myself wrong, I ratify my position in favor of our complete sovereignty over the Falkland Islands“, clarified Bullrich after the repercussions.