Video: they gave him a pineapple and the referee followed the game 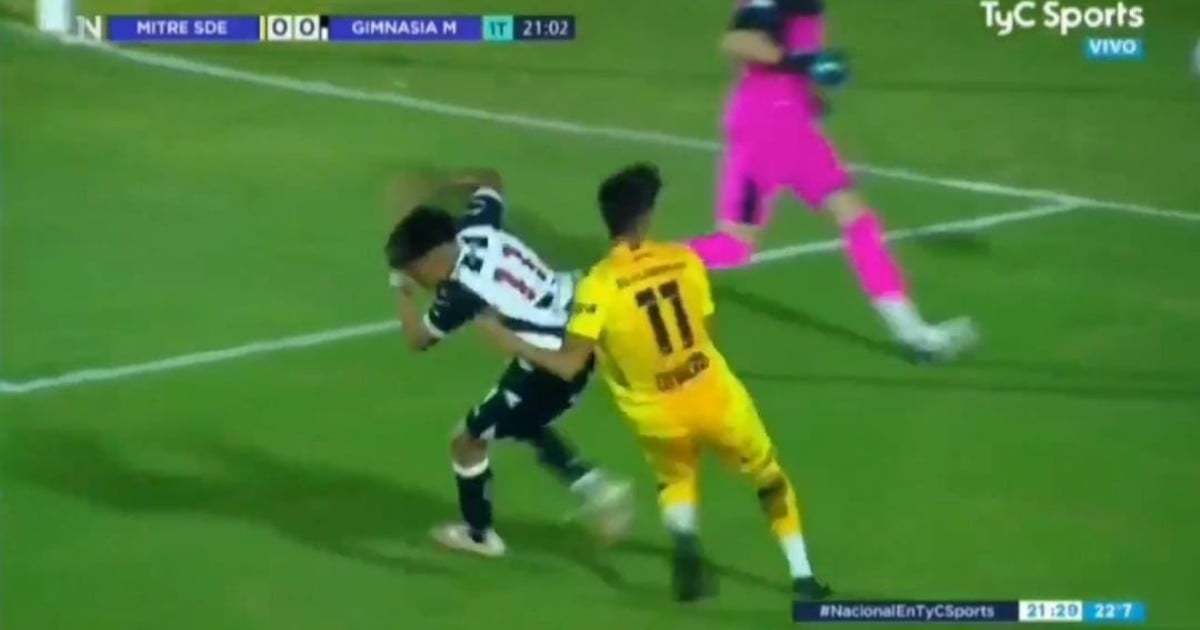 Incredible but real. It seems that in the First National it is worth attacking the rival, it is worth hitting him a pineapple to prevent him from having contact with the ball. And that the story continues as if nothing. That at least was seen in Santiago del Estero, between Miter and Gimnasia de Mendoza for the sixth date of Zone A of the aforementioned contest.

It was 20 minutes from the first half: I sent the Mendoza team to the area, seeking to open the account in someone else’s territory. In that, Santiago González from Gimnasia received a disqualifying pineapple from Rodrigo Sayavedra. It was a penalty and red for the local player.

However, referee Diego Ceballos did not see the action and, amid the visitor’s protests, he made the sign of “go on, go on”, charging a goal kick. Not to believe. And Sayavedra continued on the court, of course.

Gimnasia ended up winning it 2-1 in the second half with a goal from mid-range Cristian Llama. The Mendoza now share the first place with Tigre in group A, both with 15. Miter was left with 10.

Africa 7 days - Ramadan: the holy month for Islam is lived in Africa amid Covid-19

Strange Light of the Ozarks