Video: the unusual celebration of the deputy who flipped a blanket shouting ‘Congress is celebrating’ 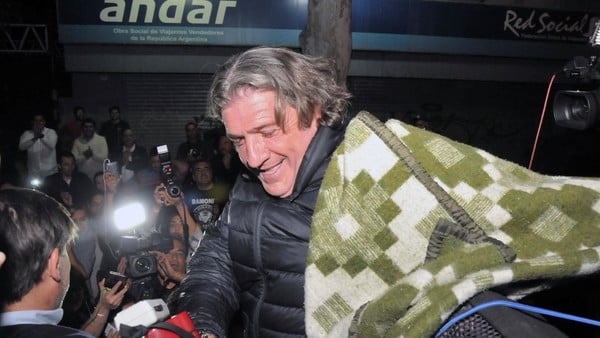 The session in Deputies in which the “cold zones” project was sanctioned –that reduces gas rates in certain regions of the country where low temperatures are registered– had hilarious moments like the flutter of a blanket.

Likewise, legislators of northern provinces -Who suffer from the heat- they expressed during the debate his discomfort understanding that they did not receive the same treatment as the cold areas of the country.

Thus, one of the singular moments of the vote was when the sinuous deputy from Mendoza Jose Luis Ramon (Unidad Federal para el Desarrollo) -an always striking figure in the lower house, increasingly close to the ruling party- to roll a blanket in the middle of the session.

“But what is clear today is that the National Congress is celebrating!“Ramón shouted, visibly enthusiastic, amid applause.

He continued: “Let’s finish with the doomsayers who talk about technical issues, this is a policy law! For all those who are dining at home, raise a glass, make a toast, because the National Congress is enacting a law that it’s for the people. “

When the deputy who was presiding over the session asked him whose blanket it was, Ramón replied: “This is Sebastiana’s blanket, He told me to use it until the day we have a law to protect the rights of the people of Mendoza. “

In Mendoza, Ramón made his blankets that accompanied him on the electoral campaign as famous as the megaphone, which he used on tour as a presumed opposition candidate and said that Kirchnerism had “tricks.”

Claims from the North

The tariff project for the “cold zones” was presented together, last month, by the promoter Máximo Kirchner together with Liliana Schwindt from the Frente de Todos; Alejandro “Topo” Rodríguez from Consenso Federal and the man with the blanket, Ramón, from Unidad y Equidad Federal.

The measure obtained 190 votes in favor – of the ruling party, the federal blocs and legislators of Together for the Change of benefited provinces – 16 negative and 43 abstentions.

Among the negative votes and abstentions, and even among the positive votes, there were claims by the northern provinces that argued feel discriminated against compared to this project that is expected to benefit around four million users.

For example the deputy Luis Pastori (UCR, Misiones) indicated that the North has peaks over forty degrees: “The discrimination that is subjected to provinces like Misiones is unbearable.”

For his part, the deputy Ruben Manzi (Civic Coalition), from Catamarca, understood that “the heat must be attended to” and “have a global look “.

“We do not believe that we are sanctioning the great law. It is one more aspiration, “said Manzi, who abstained from voting.

Deputy Ricardo Buryaile (UCR, Formosa) said in turn: “We have five provinces in Argentina without natural gas. In Formosa the electricity bill costs more than in the Federal Capital“.

But the deputy went further with her claim, which aroused a mischievous smile among those who listened to her: she asked that the “air conditioners and fans” are declared “as essential products”.