Video: the deepest pool in the world is already real and has an underwater city to explore 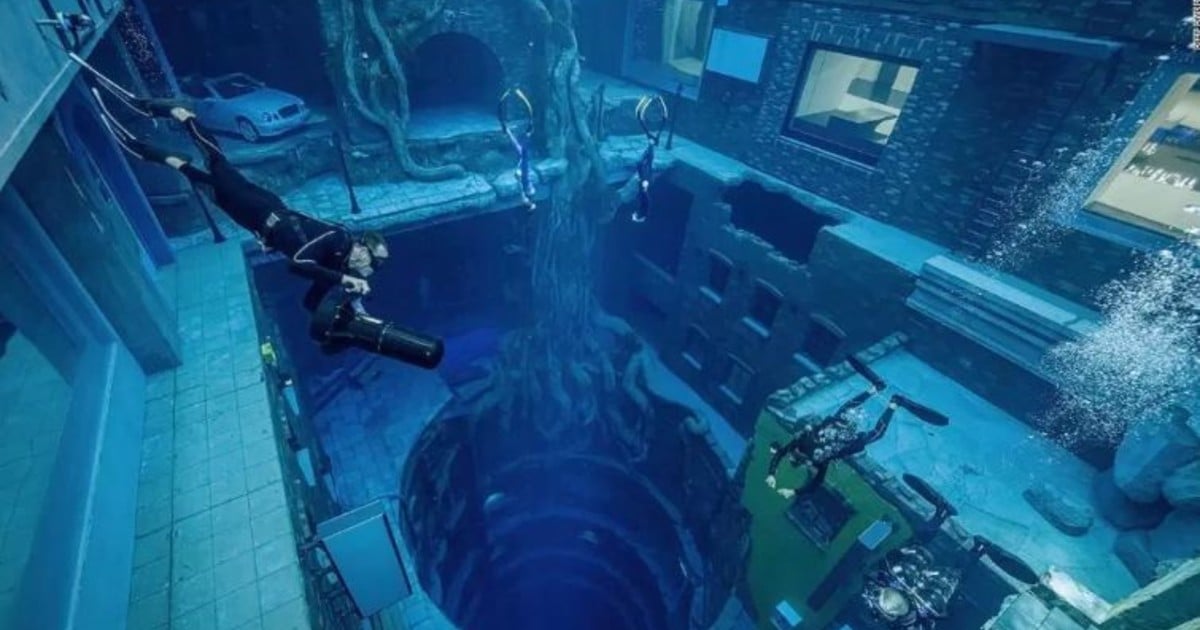 If Dubai is a place that day by day shadows everyone for its architectural wonders, now a new fascination is added to the list: the pool Deep dive It was inaugurated with a maximum depth of 60 and an underwater city for diving.

Dubai already had the tallest skyscraper in the world and the world’s largest shopping center, thus added, since last June 27, the Guinness record for “the deepest pool for diving” on the planet, surpassing the Deepspot in Poland, 45 meters deep.

Although Deep Dive is not yet open to the general public, some privileged people have already had the privilege of visiting it, such as Hamdan bin Mohammed al Maktoum, Crown Prince of Dubai, who shared his experience on his social media. For the general public, the pool will be open in two months.

It is 60 meters deep and carries 14 million liters of water.

How is Deep Dive Dubai

The new attraction is majestic. Contains 14 million liters of fresh water, the equivalent of eight Olympic swimming pools. It is shaped like an oyster and is surrounded by waterfalls. The water is kept at a 30 degree constant temperature and guests are advised to wear a fine neoprene suit.

Inside the immense structure there is an ‘underwater city’. Divers can explore different scenery, from ‘abandoned’ apartments and playing pool, to enjoying a living room, a car or ropes to ascend and ascend from the depths.

There is so much to do at the Deep Dive Dubai pool that you can even play foosball.

Also has lighting and sound systems state-of-the-art to create different environments, and 56 cameras to ensure the safety of divers in every corner.

The pool also functions as a underwater film studio, the largest of its kind in the region, and boasts an advanced hyperbaric chamber which, in an emergency, can accommodate 12 people. It also has a restaurant from which you can see all the landscapes of the pool, and you can take diving courses or do the tour with an exclusive guide.

The pool is so deep that its website warns visitors not to climb to the top of the famous Burj khalifa (the tallest skyscraper in the world) immediately after diving.