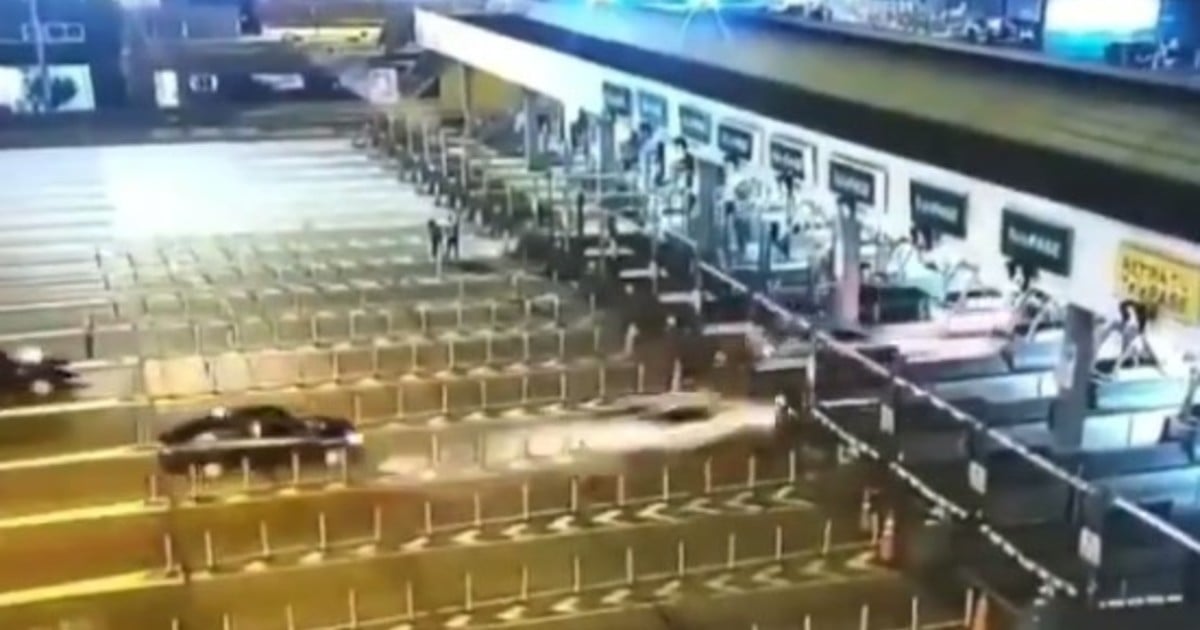 A shocking crash at the Illia highway toll left as a fatal balance a dead.

The fatality was a car driver Fiat Cronos, which hit another who was standing on a barrier at full speed and ended dumped in a toll booth.

The event was recorded by security cameras and, as seen in the video, the vehicle arrives at full speed and never manages to stop, or, at least, how fast it goes does not give you the time to do it.

According to the City police report, personnel from the Detachments and Highways Division were alerted to the incident after 11:50 p.m. this Saturday.

They indicated that the crash was on the line of Retirement toll in the direction of downtown Buenos Aires. The Fiat collided with a Peugeot 408 and then went to one of the toll booths.

the same completely overturned with its occupant trapped inside. SAME personnel from the Fernández hospital and also City Firefighters appeared, who were the ones who carried out maneuvers to extract the occupant, who had died on the spot.

There was no one else in that car. Three other people were injured and treated. The images are so shocking that it is surprising that there were not more victims.

The City has implemented a system of cashless collection at night tolls. The cabin against which the car hit It was empty, which prevented a greater tragedy.

In the case, the National Criminal and Correctional Court No. 38, in charge of Alberto Julio Baños, intervenes.

Hypotheses about the fact have not yet transpired. There was no confirmation if it was a bite, a chase or a flight.

The shocking clash occurred on the night in which the Buenos Aires center celebrated, with its epicenter in the Obelisk area, the triumph of the Argentine National Team in the Copa América.