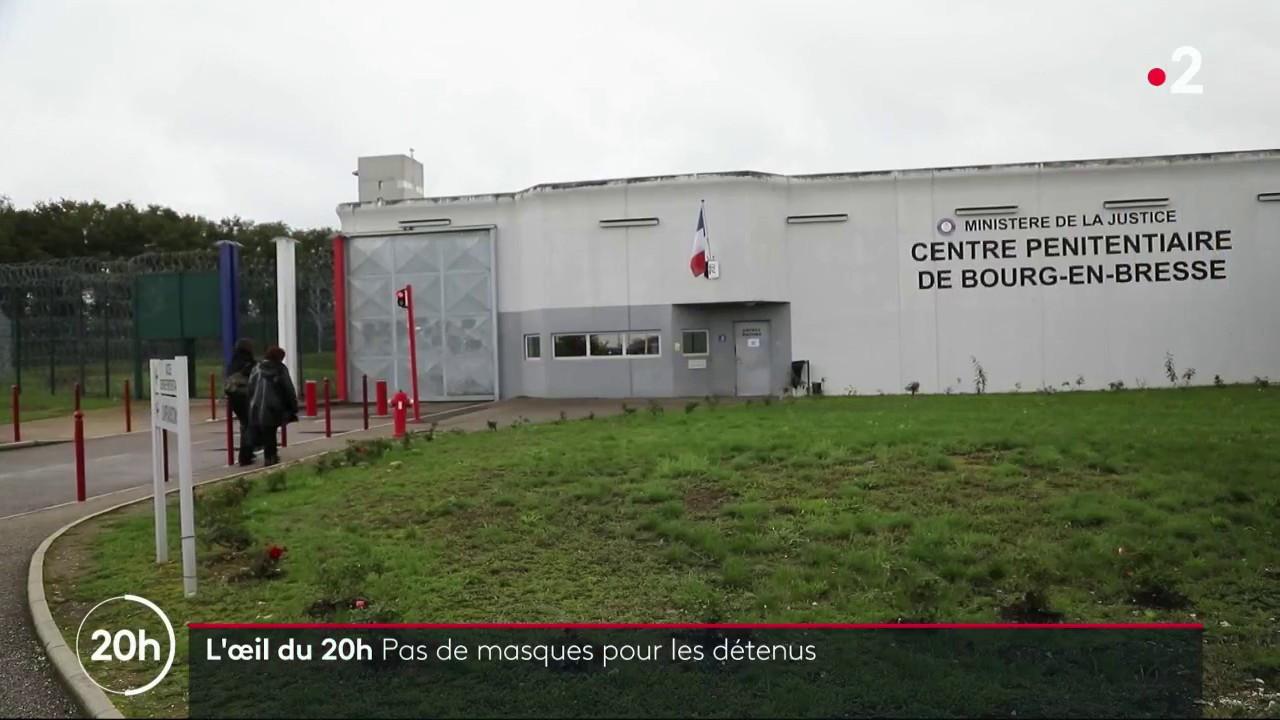 3 cases of coronavirus at the Limoges remand center, 4 in Bayonne, 5 in Toulouse and 41 in Fresnes, in recent days the foci of contamination are increasing in prisons. 88 inmates and 188 prison officers are currently positive for Covid-19.

Behind the walls, concern rises. “We don’t have masks, an inmate alarmed. We have one that we keep for 5 minutes to go past the doctor and when we leave the infirmary we have to throw it away.“In an overcrowded prison where the prisoners are often three in cells yet provided for two people, another emphasizes the impossibility of respecting the barrier gestures.

No national regulations impose the availability of masks for all prisoners. Each establishment is organized as it wishes.

The Bourg-en-Bresse penitentiary center has become the biggest source of contamination in France’s prisons, with 54 cases detected among prison officers last month.

We asked to go there to observe the measures taken since, but the Prison Administration did not respond to our requests. We therefore accompanied Senator Esther Benbassa (EELV), whom the law authorizes to go to prison with journalists without announcing themselves, to enter it anyway.

We were able to visit the detention center which accommodates 265 long-term prisoners. In “open mode”, they can circulate in the corridors a few hours a day.

“Everyone walks without a mask!“Esther Benbassa is surprised. But according to Isabelle Liban, the head of establishment, the risk is under control:”detainees arriving from outside respect the fortnight protocol so as to prevent the virus from entering.“

In prison the doctrine of the “health ring” applies: confined, prisoners only wear masks when they are in contact with the outside for visiting rooms and visits. Supervisors must wear it in all circumstances.

“From the moment you have a collective activity, that is to say two or more, adds Isabelle Liban, wearing a mask is systematic“However, a little further on, two inmates are playing table football with their faces naked. Masks are then distributed to them but one of them seems to discover the rule:”It is mandatory ?“”Of course !“insists the head of establishment.

If the wearing of masks is not generalized, the screening of detainees is not either. Despite the circulation of the virus within the prison and the importance of the number of contaminations, only prisoners presenting symptoms were tested. The unions of prison officers had nevertheless asked that all prisoners be screened: “It was estimated that if we had 54 staff who were affected, we also have inmates who may have been asymptomatic.“explains Jonny Defaria, local UFAP-Unsa Justice delegate from the Bourg-en-Bresse penitentiary center.

A request shared by associations for the defense of prisoners’ rights. “The law provides that detained persons have the right to a quality and quantity of care equivalent to that offered to the general population, recalls François Bès, coordinator of the survey unit for the International Prison Observatory (OIP). Here we are really in a situation where this very principle is flouted.“

The Prison Administration explains that it refers to the Regional Health Agencies for the organization of PCR tests in detention: “It is the health authorities who, following an epidemiological analysis, set up the screening campaigns. They assess for each case of species depending on the tracing the need to carry out massive and / or targeted screening. “

A new doctrine was released on Wednesday by the Directorate of Prison Administration (DAP). It provides for measures based on the level of the epidemic. If the establishment is located in the maximum alert zone or if it is a cluster, the wearing of masks will be generalized for prisoners as soon as they leave their cell. 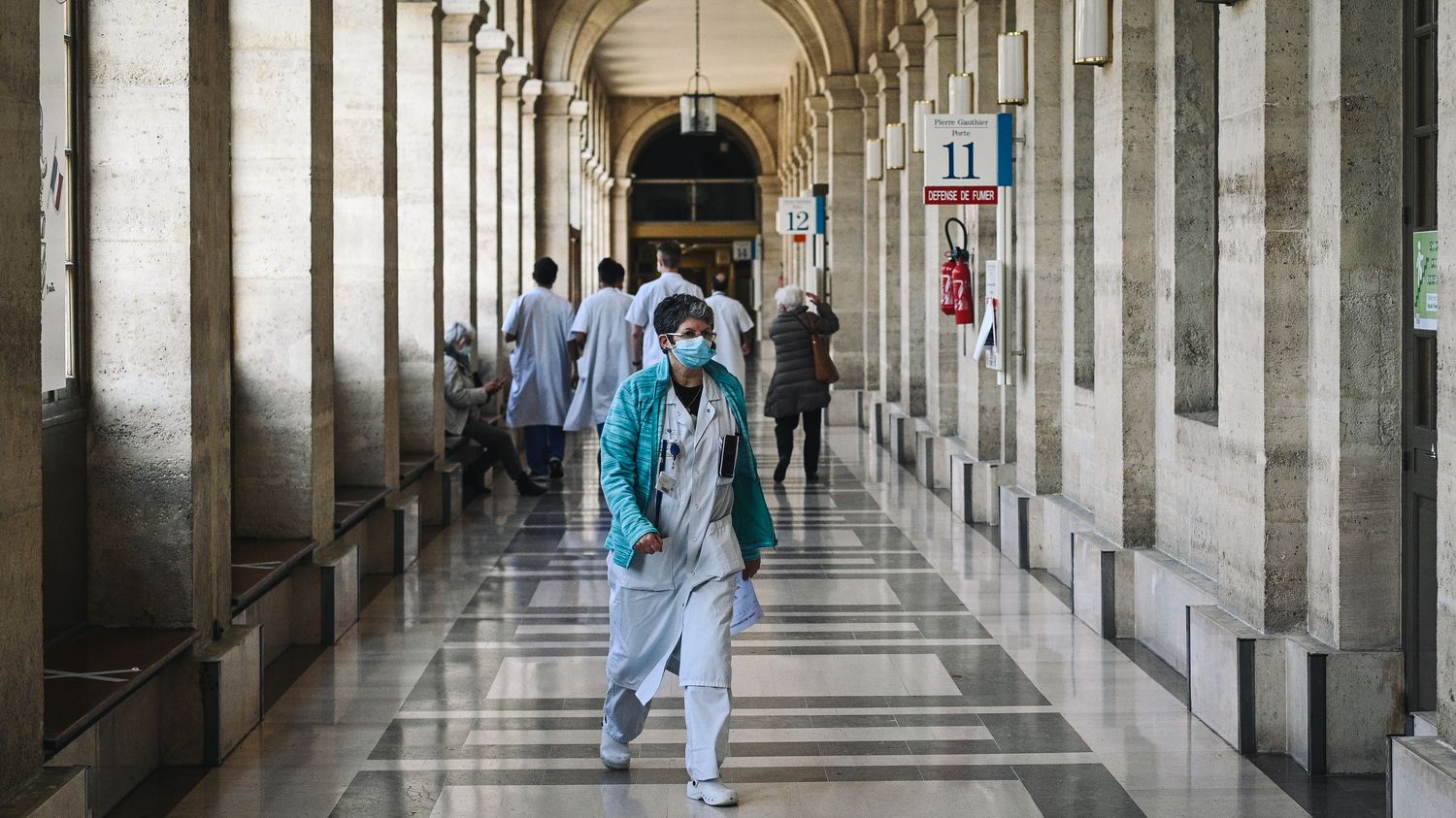 Covid-19: 163 deaths in 24 hours, the increase in the number of patients in intensive care continues 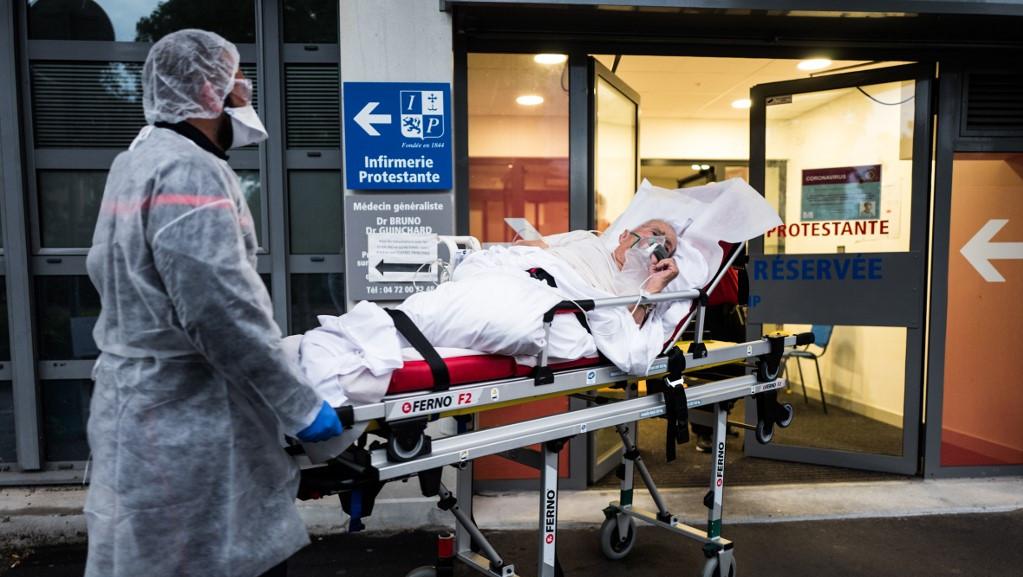 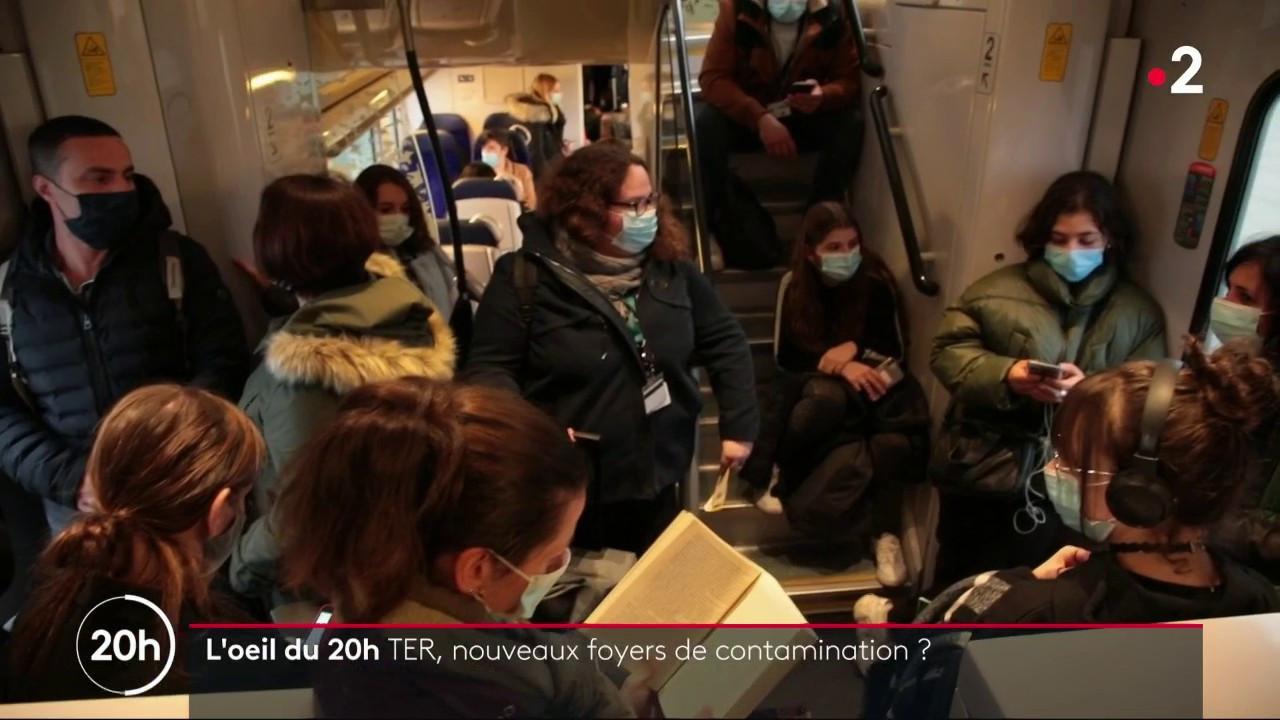 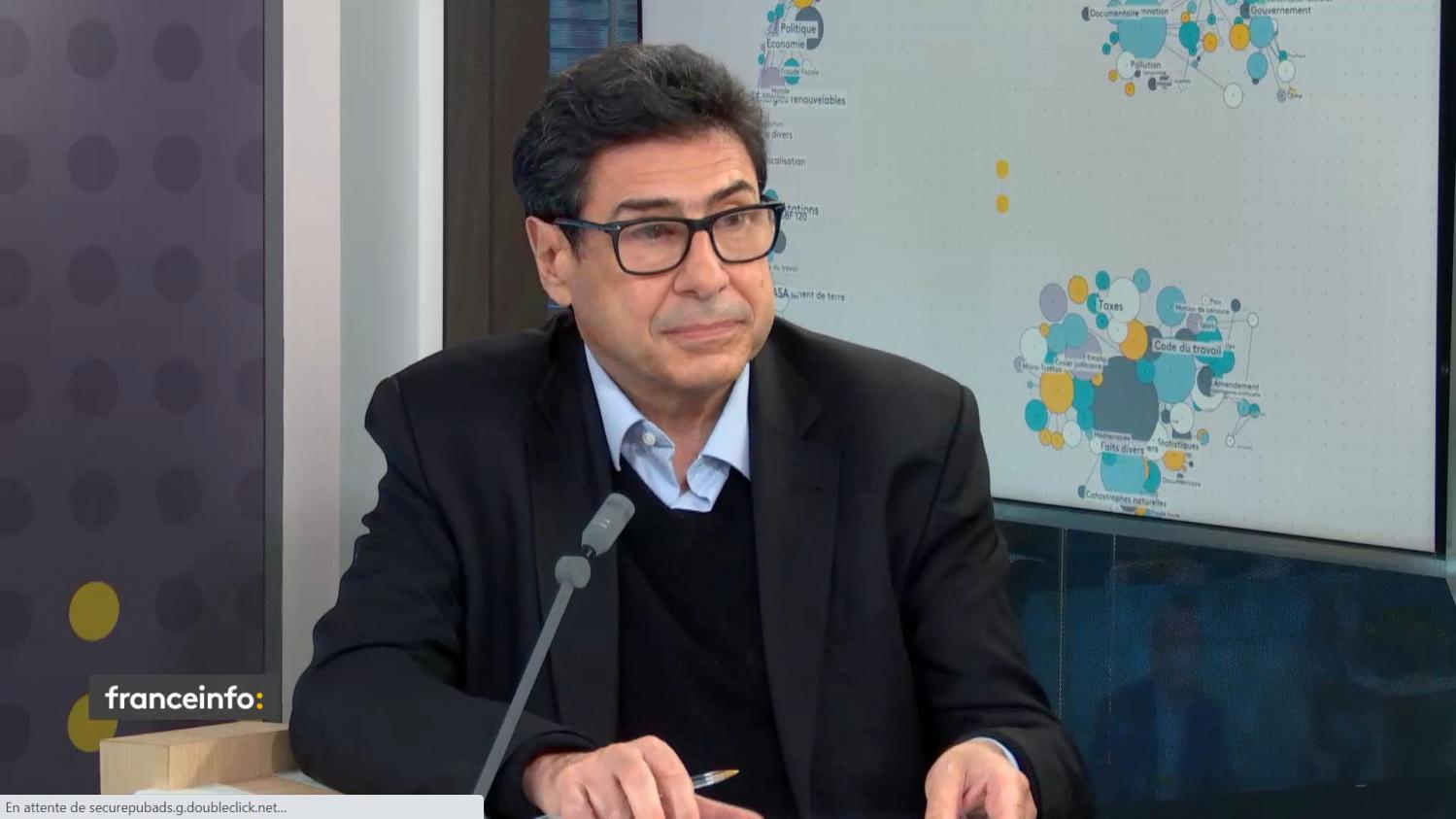 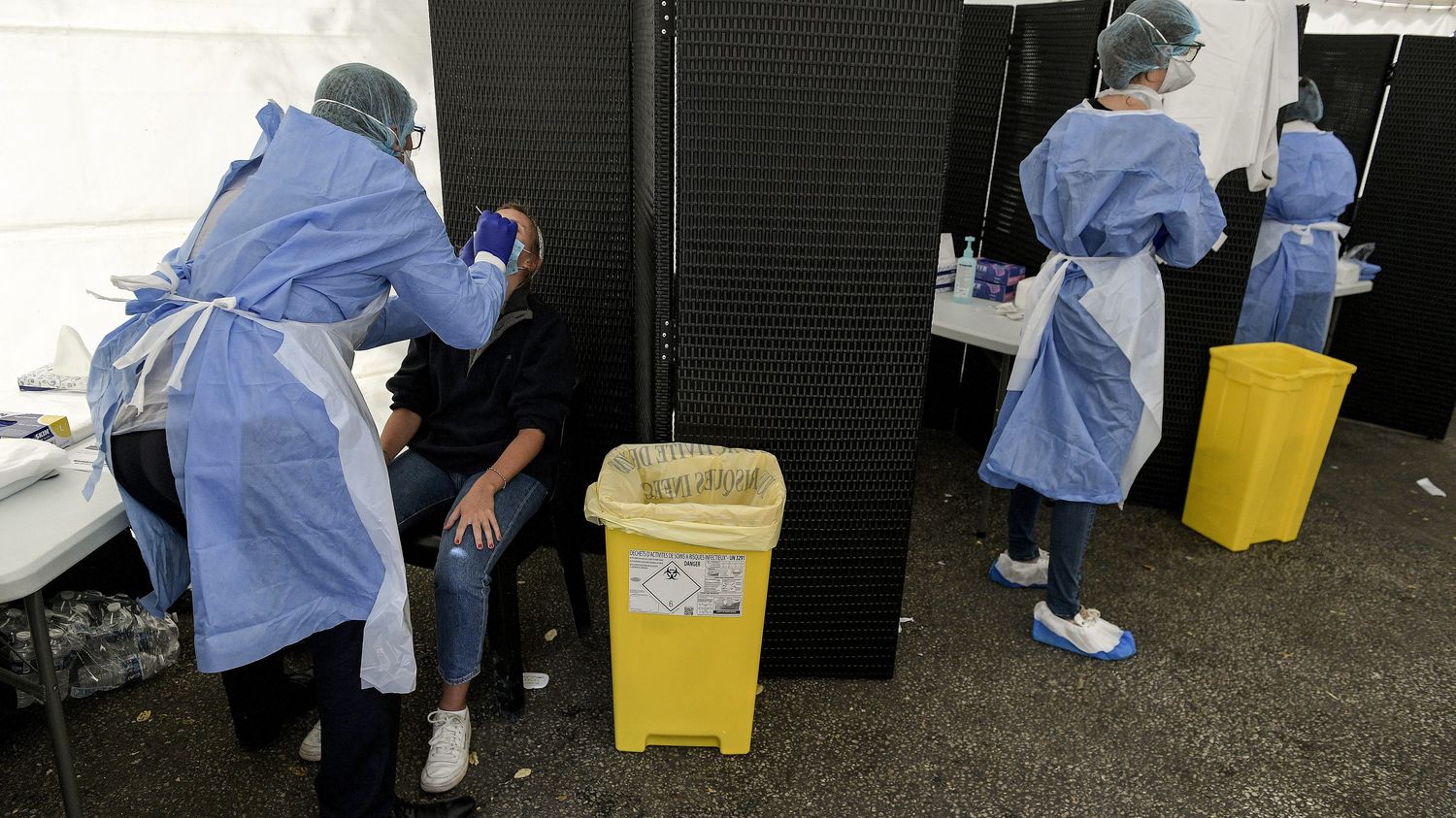 INFOGRAPHICS. Covid-19: Auvergne-Rhône-Alpes, the region where the epidemic is progressing the fastest

Pregnancy Foods: What can super food be for pregnant women? It is important to know for the sake of the child too