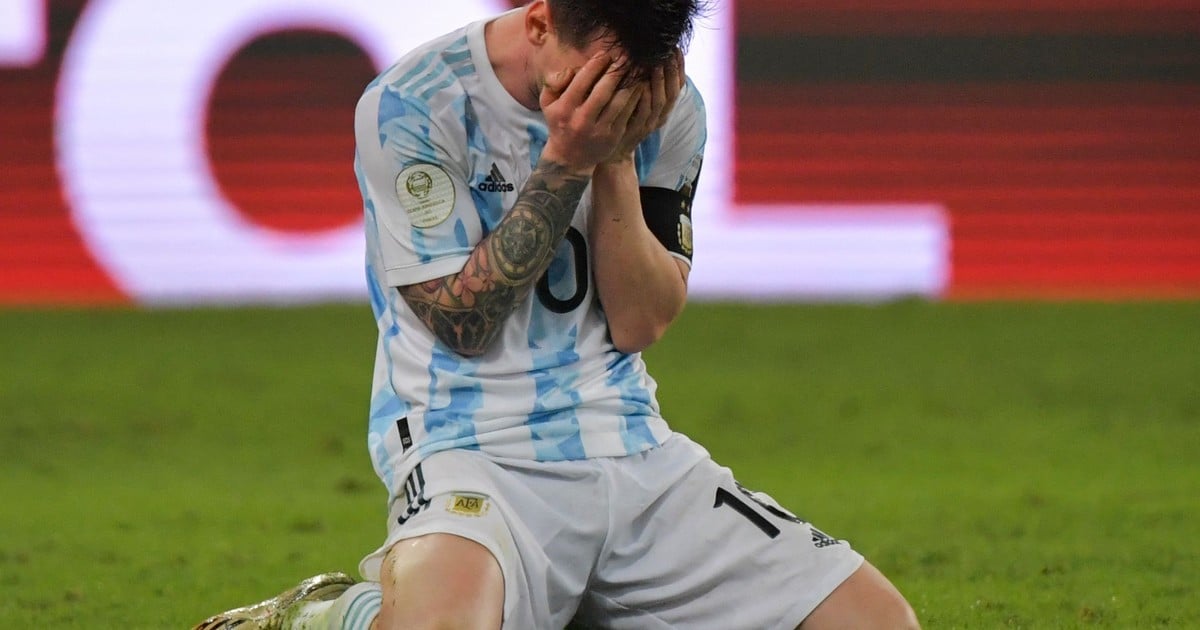 The Uruguayan referee Esteban Ostojich decrees the end and Lionel Messi, already almost on the floor, on his knees, puts his hands to his face for that relief that meant having won the Copa América, against Brazil and at the Maracana.

The image will surely travel the world all these days to reflect that first image of the Argentine Ten that was able to celebrate his first title in the national team and ended a 28-year drought without titles.

Then came the endless embrace of Rodrigo De Paul, Marcos Acuña and Nicolás Tagliafico to start a celebration that would later carry the Argentine captain on a litter.

Later came the hug with Lionel Scaloni, and that ear-to-ear smile from Messi. The meeting with Nicolás Otamendi and the hug with each of the members of the Argentine team.