video.,. Learn about Beckham’s skills in the kitchen 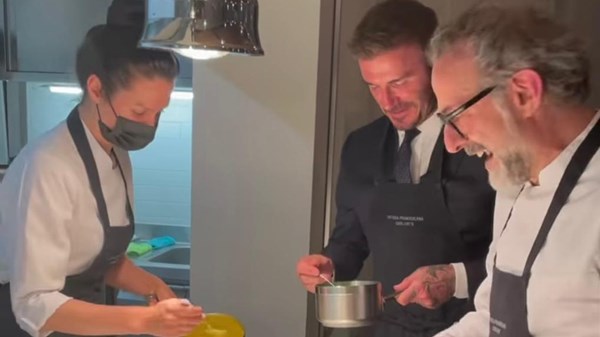 English football legend David Beckham continues to experience a large number of new adventures after his retirement from football, and his followers and fans participate on various social media platforms from time to time with a video clip of a new experience he is going through, the last of which was his participation in decorating food dishes with some colors in one of the major kitchens.

Beckham appeared in the video he published, through his personal account on the Instagram website, as he decorated the dishes in the kitchen in color with the participation of two chefs, as he wore the kitchen uniform over his classic suit.

Yesterday, Beckham was keen to celebrate the occasion of Father’s Day, which the world celebrates at that time every year, and published a set of photos through his account on Instagram, whether for his father or with his children, to celebrate that happy occasion, and David Beckham wrote on the photo he published with his father saying, “You Now you know where I got my style from.. Happy Father’s Day, Dad.. I love you, Dad.”

Beckham had posted a photo on his personal account on Instagram, in which he appeared next to his son, Cruz Beckham, while preparing lunch by barbecue, and wrote, “There is no better place than home.”