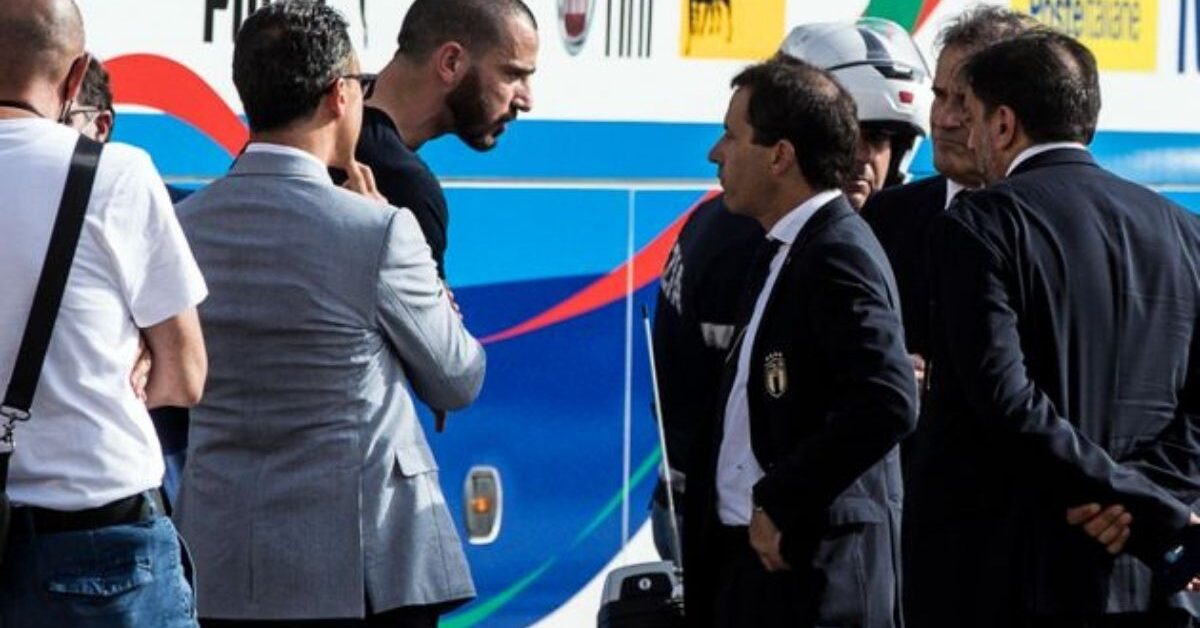 In a video, the moments of the Bonucci-security negotiation for the bus parade through the streets of Rome

Italy celebrations. After the crowd bath a Rome of fans to celebrate the victory of the national team at the European championships, a small case was opened about the team’s open-top bus trip that apparently had not been authorized.

In an interview with Corriere della Sera, the prefect of Rome Matteo Piantedosi he said that the national football team’s tour of Rome aboard an open bus to celebrate the victory at the European Championships had not been officially authorized. The prefect accused the players and the federation of misconduct. The authorization had not arrived to avoid crowds in the street.

So why did the open bus parade end up being the same? A video published on the web shows the captain of the Italian national team animatedly discussing with the security officers shortly after the end of the ceremony at Palazzo Chigi with Mario Draghi. At the end of the visit, the Azzurri should have reached the Hotel Parco dei Principi again as initially the police headquarters had denied the parade on the open bus due to the restrictions related to the pandemic and to avoid gatherings.

But the national team wanted to celebrate at all costs together with the thousands of fans who flocked along the way from the hotel to Palazzo Chigi. Hence Leonardo’s request Bonucci, who became the spokesman for the thoughts of his comrades and tried to convince the security officers to authorize the parade of the open bus through the streets of the capital. From the video Bonucci is seen talking animatedly with the security managers.

Then, in favor of the chamber of journalists, Bonucci let slip a “We won the deal, then we’ll get on the open bus. We owed it to the fans ”. And so the party started with thousands of fans raving about the parade of players and the cup brought home after many years. In the end, the open bus or not, the fans had already crowded along the route, blowing up any distance. Themed wedding, board games: how to combine fun with aesthetics