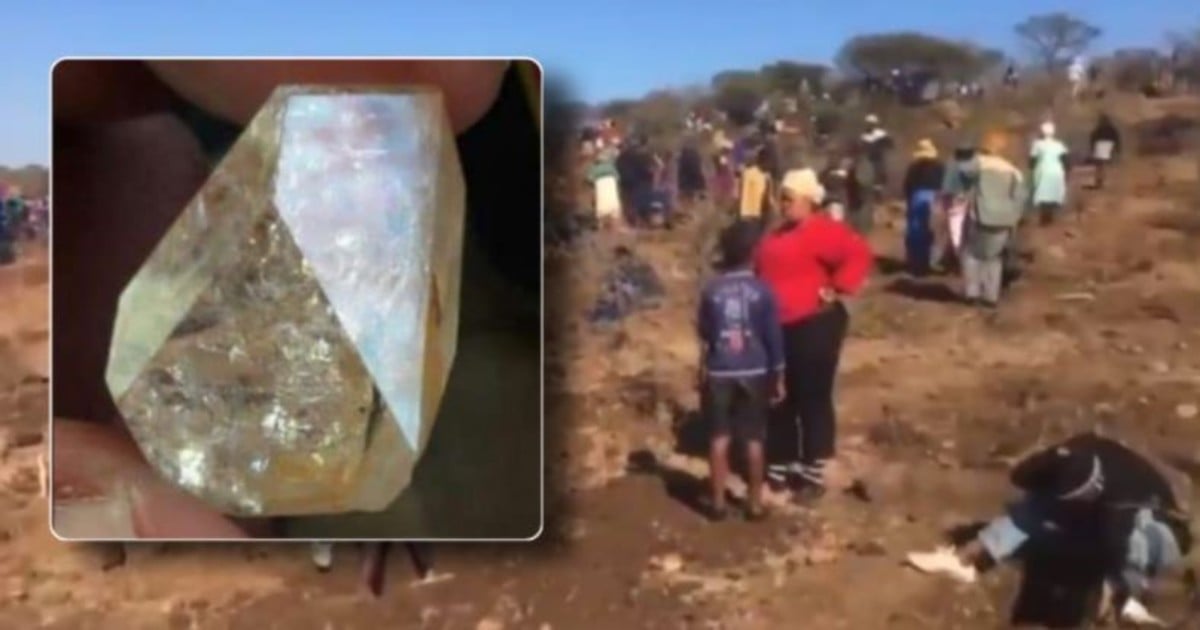 A crowd came out of their homes in a South African village to extract what they believe are diamonds, after the appearance of some possible precious stones. A video shows that it could create chaos among the inhabitants.

Hundreds of people gathered in a town in the KwaZulu-Natalen province, in the east of the country, after thinking that they finally had the expected stroke of luck.

The “diamond rush” It started after people discovered what they initially consider to be valuable stones near the town of Ladysmith.

The gemstones found in South Africa that they hold are diamonds. Photo: Twitter

After the discovery, they shared the images of what they found on social networks and the news exploded among the inhabitants of the town.

In a video published last Sunday by the provincial government on its Twitter account, a hundred people can be seen digging the ground for gems.

A hundred people went out to look for gems. Capture Twitter

In the statement, he was also in charge of remarking that they have not yet determined whether it is genuine diamonds, reflects KZNOnline.

“We are deeply concerned by the images showing that people coming from so far away, such as some of the neighboring provinces and cities, are flocking to KwaHlathi,” he said. Sihle Zikalala, Prime Minister of the region.

And he highlighted that they remain expectant for an eventual overflow: “We are concerned that, if the situation is not controlled, chaos and a possible stampede“.

In addition, the authorities urged those involved to cease work in the fields and vacate the site to allow proper inspection of the site.

Specialists will determine whether or not it is diamonds. Photo: Twitter

In that sense, they pointed out that the Department of Minerals and Energy The country undertook to send teams of specialists to the scene to carry out an inspection.